The Beertender Celebrates Rauchbier, or Smoke on the Wasser

One of the things that I love about beer -- and, truth be told, wine and spirits, too -- is the sense that I'm drinking history. When a beer is made according to a nearly-lost brewing tradition, drinking it allows you a vibrant, if brief, glimpse into another era and the lives of those who first brewed the beer.

For me, no other style of beer evokes this timelessness better than German smoked beer, or Rauchbier.

In the centuries before temperature controls, grain for brewing was dried over an open flame, imparting a smoky quality to the resulting malt. Over the years, brewers have learned ways to keep that often acrid flavor out of their beers. Sometimes, though, smoke is exactly what you want. Just as with scotch, wine and even the humble brisket, a beer with these pungent flavors can become truly transcendent, a hearty food for the soul.

In the Franconian hills of northern Bavaria sits the picturesque town of Bamberg. Bamberg recently celebrated the 1000th anniversary of its founding, and many of its breweries have roots in the Middle Ages. The Old Town of Bamberg has been so untouched by the past 500 years that the United Nations has declared the entire area a protected World Heritage Site. Here an ancient way of brewing has been stubbornly preserved. 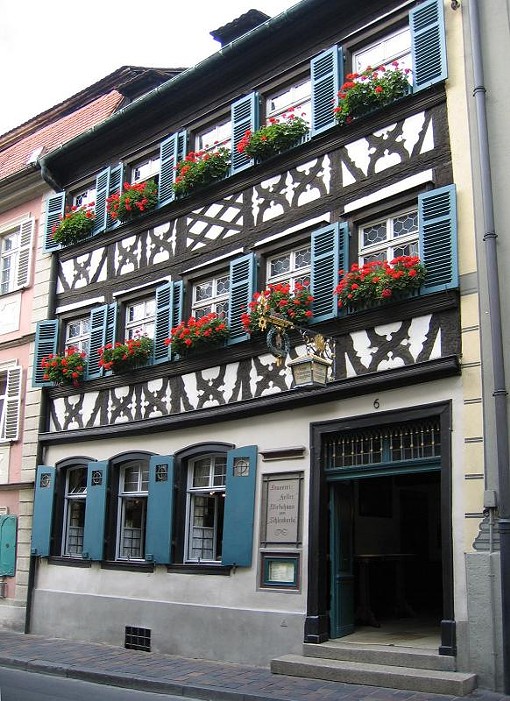 Breweries in Bamberg make their own malt the same way they've done for centuries. The strong smoky flavor profile that defines Bamberger beer is a point of civic pride. Weyermann Malts, a family-owned company since 1879, is the source of most of the smoked malt in the world. The local brewpubs, or Ausschank, serve marzen, bock, helles and weizen brewed with the same smoked malt used by their ancestors. Three breweries export their beers to Missouri: Mahr's, Spezial and Heller-Trum, the last of which brews the world famous Aecht Schlenkerla Rauchbier, an inspiration for many American brewers.

While the beers of Bamberg are almost exclusively lagers, most American smoked beers have a dark ale as their base. Porters are most common, the most iconic of which is Alaskan Brewing Company's Smoked Porter. Schlafly brewed the first smoked beer in the St. Louis area, Holy Smoke Papal Porter, to celebrate the 1999 visit of Pope John Paul II. Schlafly continues to produce its smoked porter on a seasonal, draught-only basis. Other versions available locally include O'Fallon Smoke and the brand-spankin'-new Rauchbier brewed by the Stable in Benton Park.

I recommend picking up a few bottles of something smoky from the Wine & Cheese Place in Clayton. Then roast up a perfect pig knuckle, get out your flagon and have a feast for the ages.

Matt Thenhaus is a Saint Louis bartender who believes there is a time and place for every beer. He blogs about beer every Wednesday.