This is part one of Robin Wheeler's Chef's Choice profile of Beckie Jacobs of Serendipity Homemade Ice Cream. Part two, a recipe from Jacobs is published here, and part three, a Q&A, can be found here. 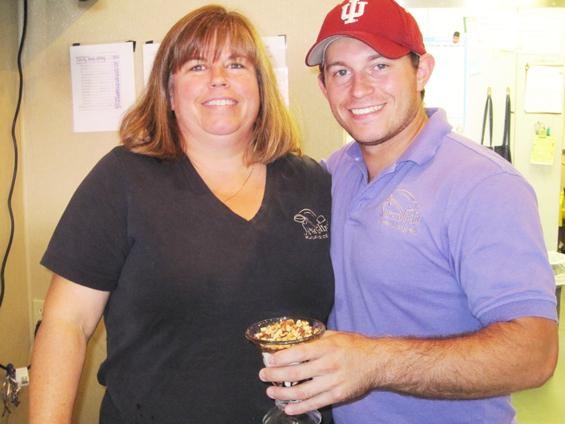 Even though it wasn't what she imagined doing with her life, that "like" of ice cream led Jacobs into the ice cream business and a following that includes some of St. Louis' best chefs.

"When I first thought of the idea, I was looking for something to do on my own. I'm married, and I was working in my husband's law office. My husband's a wonderful man, but we could not work together. I needed my own gig. As women of a certain age are tending to do. I knew I wanted to do something I could manage on my own, and a full-fledged restaurant, at that time having no restaurant experience at all, that wasn't something I could do."

Jacobs is a product of a city famous for its frozen custard, but that didn't interest her.

"I never really liked custard, even as a kid. When we'd go down to that other big, giant custard place down in south St. Louis, there was a Baskin-Robbins across the street, and I always wanted to go there. I was never a big custard fan."

Her childhood favorites were classic scoop shops in Clayton: Velvet Freeze, Oliver's and Swenson's. These memories shaped her business idea. "There's always new ideas in the frozen dessert industry, but the one that sticks around is normal, regular hard-scoop ice cream. It will always be around because it's what we like. I don't know anyone who says, 'Do you remember that frozen yogurt place you used to take us to when we were kids, Dad?' Everyone has the ice cream parlor. I told you three. That's what my memories are."

But would it work? "I asked a friend of mine who happens to be a federal judge what she thought of the idea, and she said, 'That is fabulous! You should totally do that!' So when your friend the federal judge tells you should do something, you tend to believe her, even if she doesn't know what the hell she's talking about."

Jacobs investigated all the possibilities. At the time (2002), most of the big ice cream chains weren't available in St. Louis, and the franchising fees to open one were more than Jacobs wanted to pay. She decided she would open an independent shop. Not sure if she wanted to make her own ice cream or buy from a small producer, she hit Chicago to investigate ice cream producers and then headed to ice cream school at the University of Wisconsin-Madison.

While recovering from pneumonia.