Every time we think the food-truck craze has reached new levels of ridiculousness, we're proven wrong.

Now there is a food truck for dogs. 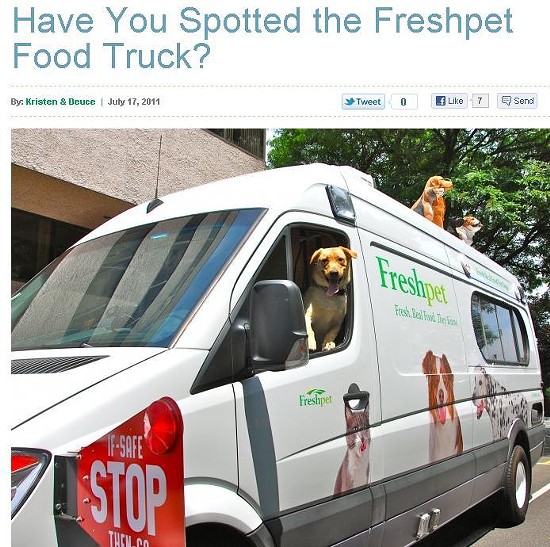 The Freshpet food truck is currently in New York City only, which is good because I know my dog would chase this thing through my neighborhood and several others.


The truck has a counter that invites big dogs to "paw up to the bar," a doggie door for smaller dogs and schoolbus-style signs that pop out and invite dogs to "paws" for a minute.

Actually, all joking aside, the Freshpet truck is pretty cool:


We go to adoption events and help out local shelters with food donations, too. We know those adoptable dogs have been through a lot, so giving them some fresh, healthy dog food is the least we can do!

Dog or not, we'd rather eat here than at the Applebee's truck.