The Five Best Restaurants to Die in St. Louis in the Past 12 Months 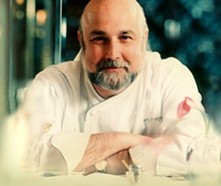 With very few exceptions, the Best of St. Louis is a sincere, sarcasm-free celebration of what we love about this town. Each year, though, there is one category that is absolutely no fun to contemplate or write: the Best Restaurant to Die in the Past 12 Months. (As with last week's Five Best New Restaurants, the twelve months in question are October 2010 through this September.)

Even worse, this year there were several restaurants that could have claimed this unfortunate -- though, from our point of view, well-intentioned -- distinction. In fact, my rough draft of this list had a dozen candidates, including the already declared winner, before I whittled it down to just five.

After the jump, the dearly departed.

Andy Ayers was a locavore before it was a word, let alone cool. At Riddle's, he served dishes that proudly stated their local -- even homegrown -- origins. Since turning the restaurant over to his daughter, KT, he has worked to bring together local growers and restaurateurs through Eat Here St. Louis. What's more, Riddle's was a wine bar before those, too, were a dime a dozen, and Ayers' excellent list featured some incredible values. Riddles might be gone, but its mark on the local restaurant scene is indelible.

You could draw a straight line of influence from Riddle's to Terrene: Here the concern for local and sustainable extended to everything from the tap water to the tables. Several chefs led the kitchen through Terrene's lifespan, but owner John McElwain made sure that its commitment to presenting excellent dishes prepared from top-notch, responsibly sourced ingredients didn't waver. Terrene also was the rare higher-end restaurants to cater to vegetarians, and its fried tofu on a stick convinced more than a few carnivores not to dismiss tofu outright.