Spice World: You're a Star, Anise

Welcome to Spice World, in which Gut Check zeroes in on overlooked spices from around the globe, introducing those you may not own -- and probably should.

History: Star anise, the brittle, woody fruit of an evergreen tree native to Vietnam and China, has the sharp smell and taste of black licorice. The eight-pointed spice develops only after the plant is six years old; after that, the tree can continue to produce it for another century or so. Inside of each of the stars' points is a round, shiny seed that isn't used for much on its own. Also, it is nice to look at: Surely its shape has (or will) inspired some cutesy knobs on a bureau at Pier 1.

Today: Its use hasn't spread much to the West (though it does pop up in some pho recipes), but the East still reveres it as a breath freshener and uses it to flavor cough syrups. 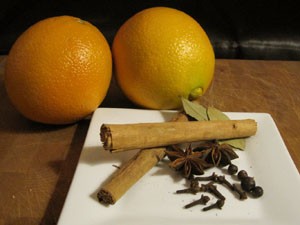 In Use: We doubled this recipe for mulled wine. The biggest time suck was peeling the oranges, and while the concoction smelled nice enough simmering on the stove, the end result was pretty much just warm chianti. (Next time we'd quadruple the cloves and juniper berries to punch it up.) Nothing wrong with that, but for a spice that takes so many years to develop, it's probably one that's best left on the vine.

We found a half-ounce bag of star anise at World Market for $.99.

What overlooked spices heat up your kitchen? E-mail Gut Check!