Arcelia's to Reopen in New Location in Soulard 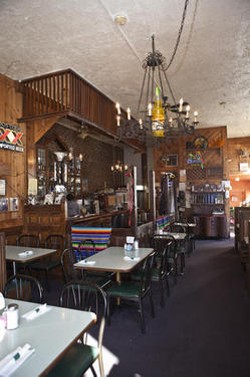 The saga of Arcelia's Mexicana Restaurant, whose original twenty-year run first at 2501 South Ninth Street in Soulard and then at 2001 Park Avenue in Lafayette Square came to a close at the very end of 2010, has taken another turn.

Gut Check reported last year that Arcelia's would reopen at 2001 Park under the new ownership of Pat Shelton. At the time, Shelton told us that the granddaughter of the restaurant's late founder and namesake, Arcelia Sanchez, would be preparing the Sanchez family recipes in the kitchen.

Today, Gut Check heard from Marta Ramirez, one of Sanchez's daughters, who told us that she plans to reopen Arcelia's -- as Arcelia's -- at a new location in Soulard.

There is no connection between her venture and Shelton's.

Though she has yet to sign a lease on the new location, Ramirez tells Gut Check that "everything's in the works" for an opening during the first or second week of August.

"The whole family" is involved, explains Ramirez, adding that the new Arcelia's will feature the "same menu" as the original.

Ramirez was unable to discuss the specific situation with regards to Shelton, and the restaurant still slated to open sometime soon at 2001 Park.

Even before Ramirez got in touch with us today, however, Gut Check had heard that Shelton had changed, or was planning to change, the restaurant's name.

We've reached out to Shelton for more details on her restaurant. We'll let you know what we learn about that -- as well as the specific location and opening date for the Ramirez's new Arcelia's -- as soon as we can.