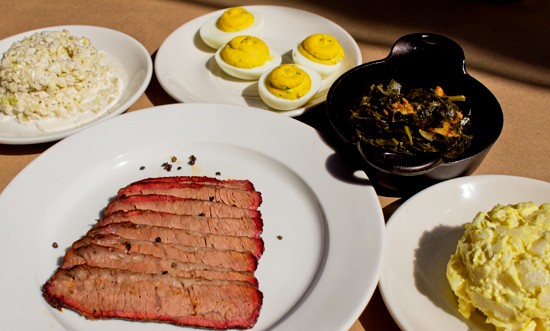 Getting a taste of Hendrick's BBQ (1200 South Main Street, St. Charles; 636-724-8600) can feel like digging a fork into a not-so-humble sized slice of the South or somewhere else far from St. Louis. It makes sense, considering that owners Dr. Gurpreet Padda and Ami Grimes visited more than 150 barbeque joints across the United States to research their St. Charles-based concept long before quietly opening Hendrick's in late August. 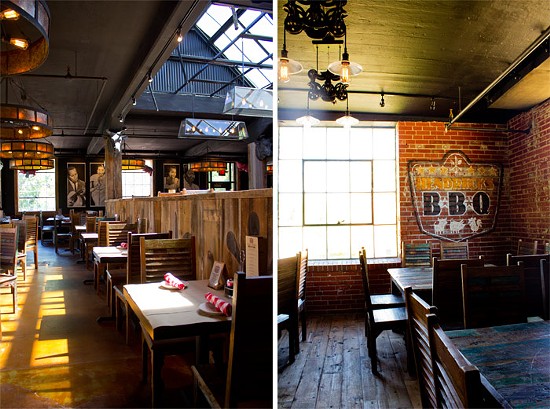 Hendrick's strives to combine the flavors of the Midwest with the best bits of barbeque styles picked up everywhere from huge Texas roadhouses to tiny gas stations in the Carolinas (and everywhere in between).

"Barbeque culture is a deeply ingrained, different world...Talking to some of these guys was just amazing," says Padda, describing a specific incident involving the sight of a half pig smoked in an oil drum for 24 hours over moonshine and singing the blues.