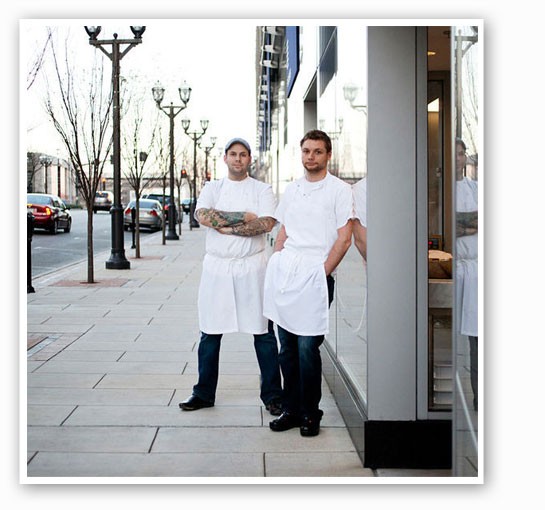 It's no secret that Niche (7734 Forsyth Boulevard, Clayton; 314-773-7755) is a good restaurant. Like, a really good restaurant. Owner Gerard Craft usually gets the press, but this time it's his chef and Niche co-owner Adam Altnether. Forbes Magazine has named him in its 30 under 30 list. He and Craft share the empire now, but Altnether started as Niche's chef de cuisine at the ripe old age of 22.

Craft sold Taste by Niche to Altnether in 2010, but they are co-owners of Craft Restaurants Ltd. He has also served as executive chef at Brasserie (4580 Laclede Avenue; 314-454-0600). Forbes has 450 honorees in several categories; Altnether was, of course, named as one of the 30 under 30 in food and dining.

St. Louis' foodies have been congratulating him on Twitter. He couldn't be reached for comment, but here's some well-deserved praise.

Congrats to @nicheadam on the Forbes 30 under 30 list. Thanks for making us vets feel so f'n old.