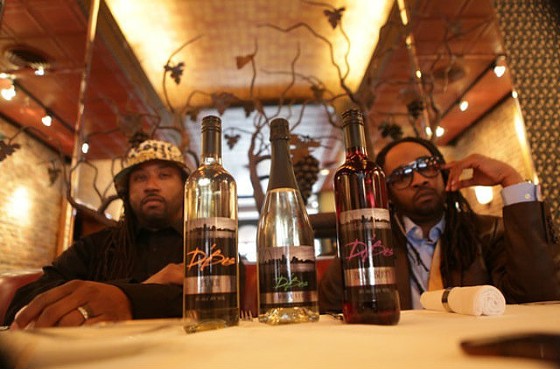 In case you're wondering what the St. Lunatics' Murphy Lee and Kyjuan have been up to lately, try grabbing a cold glass of the D'Bes Wine.

"The mission is to conquer St. Louis, then Missouri," Kyjuan tells Gut Check.

You may recall Murphy Lee and Kyjuan's first foray into the adult beverage business with "Freaky Muscato." The sparking dessert wine came out In 2011 and landed in about 400 store locations, including QuikTrip, Randall's and Schnucks. But sometime in 2012, Lee and Kyjuan dissolved the partnership with the other owners of Freaky, while hanging on to their connection with winemaker Crown Valley. The Ste. Genevieve winery helped them not only bring back a new version of the moscato, but add a peach and blackberry-flavored wine to create D'Bes. And they're celebrating tonight in epic St. Louis fashion. 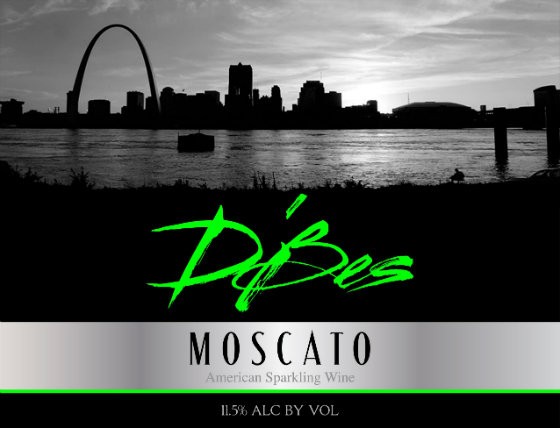 Freaky -- which at one time was supposed to include a "Freaky Vodka" -- fell apart due to differences in opinion over the marketing strategy. This time, Lee and Kyjuan own the line themselves, and they've expanded their team to include Chris Topher Jones, City Spud, and fellow Lunatic and producer Jay E. The guys say the difference is that they're fully involved with the business side of things -- going out into the field, doing door-to-door sales, setting up meetings, even heading up the marketing.

"I'd rather own it then be on it," explains Kyjuan.

"Anything we roll out will be under 'the Best Brothers,'" says Lee. "I'm more business savvy, feeling really mature and transferring it to my music. I'm always thinking of tomorrow."

D'Bes first became available at Randall's on March 14 of this year (or 3/14/14), a day they dubbed "314 Day." Today marks the end of their exclusivity agreement with Randall's and the launch of the statewide availability of the line. The wines are available at 25 locations of Randall's and also at A1 Liquor. They are currently talking with chains like Sam's Club, Petro Mart and a few others about furthering D'Bes' availability.

The line contains three sweet dessert wines, including blackberry flavored (11 percent ABV), peach flavored (11 percent ABV) and the D'Bes Moscato (11.5 percent ABV). The moscato is actually almost identical to the "Freaky Muscato" -- made with the same grapes from the same fields, and it's got the same ABV. The only difference, according to sales manager Marlon Whitfield, is a slight variation in the way the grapes were processed, giving the wine a stronger, more citrusy flavor. They're all priced in the $11 to $16 range.

Tonight's launch party -- "D'Bes Launch Ever" -- takes place at the Coliseum Music Lounge (2619 Washington Avenue; 314-531-2920). There will be a live band from 6 to 9 p.m. and complimentary D'Bes wine samples. Lee himself is set to perform at 8 p.m. From 10 p.m. on the event takes on a Las Vegas theme with DJs, bottle service and, of course, lots of D'Bes wine flowing. Find out more about the event and the wines at the D'Bes Wines website.

On Friday, July 4, the guys will be using the holiday as an opportunity to provide random tastings starting with A1 Liquor and other stores to promote their product.

Gut Check is always hungry for tips. E-mail us!