Since opening in June 2013, Tree House has offered a refined take on vegetarian and vegan cuisine, crafting vibrant plates and cocktails in a bistro-style atmosphere. In addition to its full dinner service and not-so-secret nighttime lounge, the Night Owl, Tree House offers a brunch menu featuring its most popular offerings as well as some exclusive weekend eats. 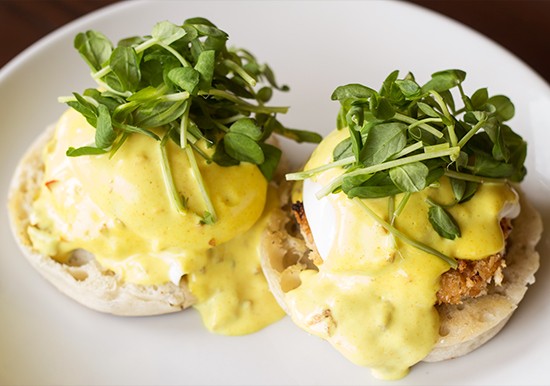 The meat-free menu features more than fifteen options, including dinnertime mainstays such as the Brussels sprouts salad and banh mi with deceptively meaty wild-mushroom pâté. One of owner Bay Tran's most recommended entrees is the "Desayuno Latino," or Latin breakfast. The dish is a brunch take on her Johnny Cake, a warm masa-and-black-bean pancake served with vegetarian escabeche (pickled vegetables), chimichurri and malagueta. Served with housemade salsa over two eggs -- or tofu, which can be substituted in many dishes for a vegan alternative -- the dish is light, lacking the weight of standard breakfast plates. 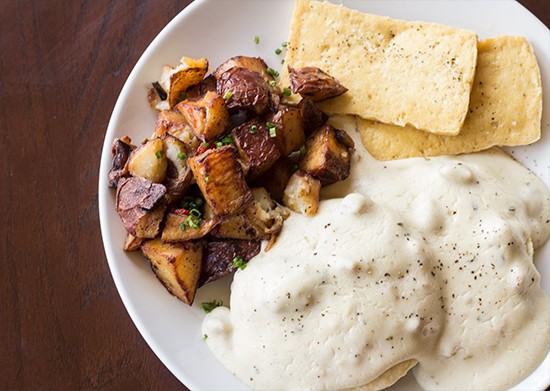 A couple options available on Sundays only include a biscuit-and-gravy plate and an eggs Benedict special. The latter takes the traditional brunch staple and tops it with a vegan crabcake and vegan chipotle-hollandaise sauce. To wash it all down, Tree House features a brunch-specific drink list that includes beer, wine and special cocktails, including a "Kim Chi Bloody Mary" as well as the "Italian Hound" with London dry gin, St. Germain, grapefruit and Aperol bitters.

Fans of Tree House's alternative approach and substantial yet refreshing brunch can look forward to expanded hours in April. Tran says the restaurant will open for breakfast at 9 a.m., offering new items, including a raw menu in addition to its vegan doughnuts (also available during brunch) in flavors such as vanilla-cinnamon almond, bittersweet chocolate ganache, and salted-maple pecan.

Jump to comments
« The 10 Best Food Instagrams in St.…  |  Chubbies Is Closed for Good This Ti… »