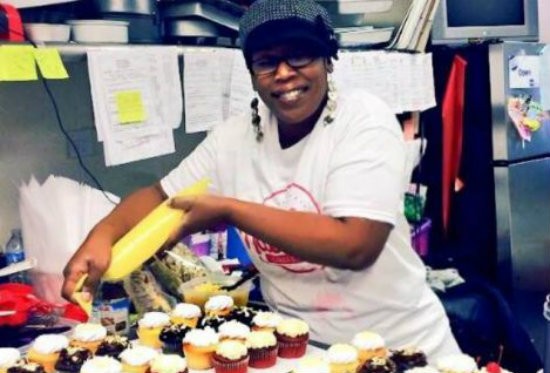 Details were thin when Starbucks announced in April that they would open a store in Ferguson. Today, the company provided a few more details for the opening next summer.

The biggest development is that the new location will carry the Caramel Cake from nearby Natalie's Cakes & More. This sweet treat will also be served at an additional five locations around St. Louis beginning this August.

Starbucks is opening fifteen new locations in "diverse urban communities across the U.S." and five of them have already been announced. Along with Ferguson, stores are planned for Milwaukee, Phoenix, Queens and Chicago's South Side.

The company plans to work with local organizations and use the space for jobs-skills trainings. Riverfront Times spoke with a Starbucks spokesperson and she informed us that no announcements have been made on which organizations these might be.

We pried for more information, specifically whether CEO Howard Schultz might be in town for the opening and hit a brick wall. "At this time we do not have additional information to share on other locations in the St. Louis area or on Howard's schedule for next year." We'll hear more from Starbucks, but only as they want us to hear it.