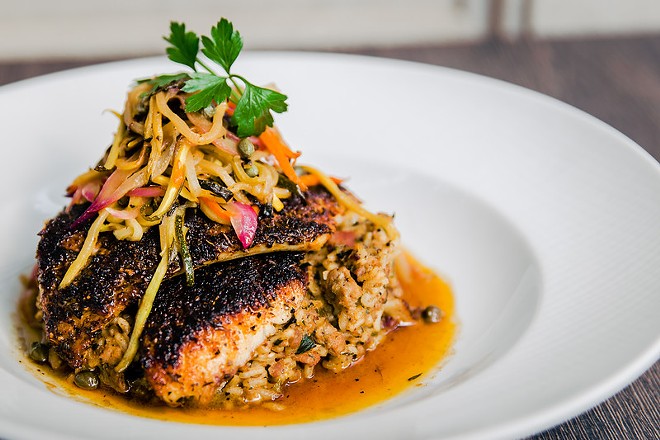 Breakfast, lunch and dinner menus include recipes that executive chef Ryan Cooper and his team have been for a year and a half.

Three types of gumbo, finished tableside, appear on the menu next to Provel-laden pizza and St. Louis-style ribs. Traditional beef toasted ravioli is offered, as well as a unique twist — crawfish toasted . 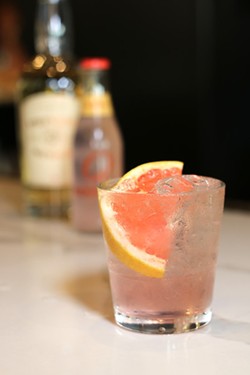 The cocktail menu focuses on classics, such as wine spritzes, the New Orleans favorite, hurricane, the Hemingway daiquiri and the iconic pink gin.
The restaurant is housed in the historic Forest Park Hotel, which was built in 1923 by the Koplar family, who also built the Chase Park Plaza, Powell Symphony Hall and a host of other landmark properties in the city.

The hotel had its heyday in the 1930s and when it was home to the Circus Snack Bar nightclub, which hosted notables from Louis Armstrong to Liberace. The building had been vacant for twenty years before the renovations that led to its opening as 1764 Public House, and the restaurant pays tribute to its vibrant years with an Art Deco-influenced modern style.

The restaurant’s vibe is comfortable, meant to reach customers at an approachable price point, welcoming all, public house style, with the bar as the centerpiece. The bar will transform into a sports-forward space for end-of-season games. Co-owner Lucas Gamlin explains, “ is meant to feel like an extension of customers’ living rooms and neighborhood.”

1764 Public House is open for breakfast, lunch, and dinner seven days a week. A holiday jazz brunch begins the week before Thanksgiving.

Scroll down for additional photos of the restaurant, and drinks. 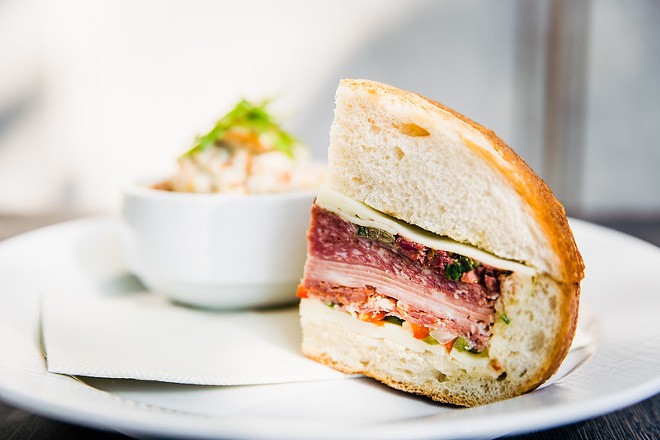 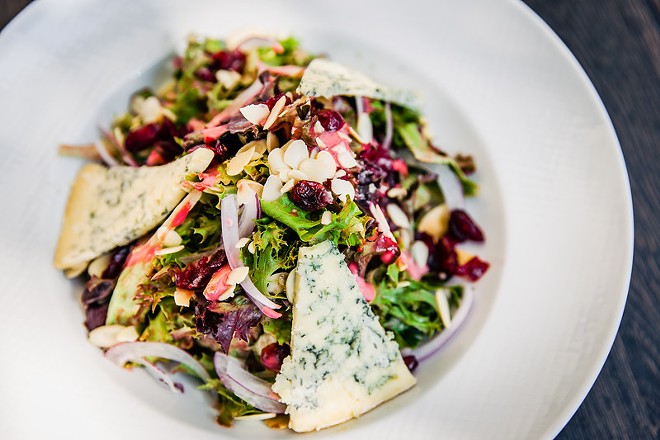 Jump to comments
« Bowlero Offers 38 Lanes and a Truly…  |  At Privado, Mike Randolph Offers a… »