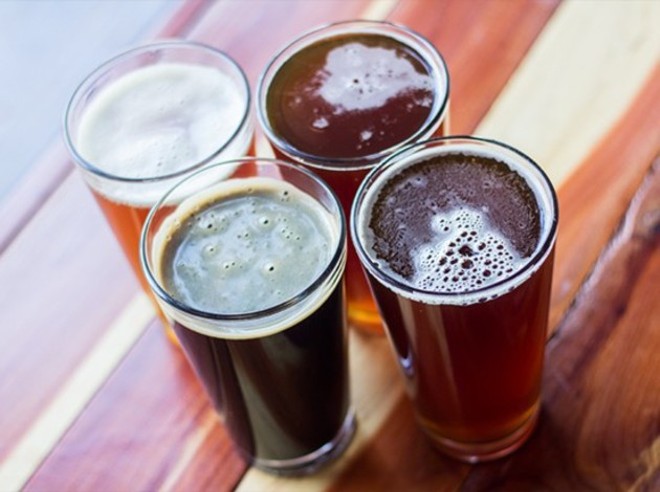 Cardinals baseball, the 1904 World's Fair, Imo's pizza — when it comes to our city's institutions and history, St. Louisans are a proud bunch. Now, there is one more category to add to that list: craft beer.

According to data recently analyzed by the Grand Rapids-based brew pub chain HopCat (multiple locations including 6315 Delmar Boulevard, University City; 314-582-3201), the top five beers ordered at their St. Louis location are all local brews. The best sellers, in no particular order, are:


HopCat, which opened in the Delmar Loop this past July, boasts 80 taps, giving its patrons one of the most comprehensive selections of imports and domestic craft beer in town. Yet despite all the choices, HopCat's data shows that its St. Louis patrons were more interested in their homegrown brews.

The brew pub alluded to St. Louis' reputation as a proud beer city back in April of 2017. In a statement announcing the St. Louis location, HopCat fonder Mark Sellers noted, "St. Louis has played a major role in America's brewing heritage, so creating a HopCat in one of America's great beer cities seemed like a natural fit."

But beer is not just a matter of St. Louis history, as the city's modern craft beer scene has shown. With a population determined to support the home team, it's no wonder the local breweries are thriving — no matter how many choices are put in front of us.