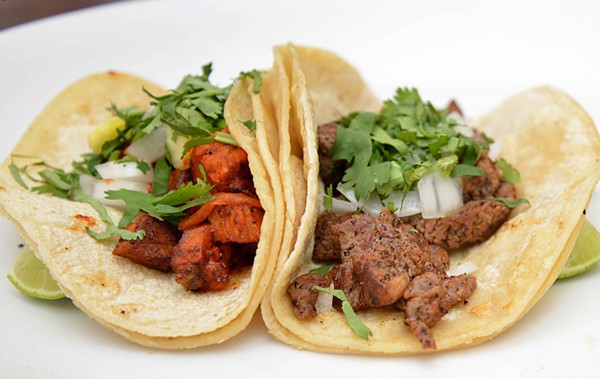 Overwhelmed with emotions and memories from his native Mexico, an elderly man began to cry. He had not reacquainted with a long lost friend or family member, nor had he returned to a meaningful spot in our southern neighbor.

Instead, he had just eaten the carne de puerco with beans and rice, covered in pipian sauce at El Toluco (14234 Manchester Road, Ballwin; 636-686-5444). Such reactions are commonplace among customers of the taqueria and grocery in Ballwin, according to owners Fausto and Maggie Pizarro. Since opening as a grocery store in the summer of 2016 and a taqueria that following December, El Toluco has become a hotspot and gathering place for a budding Latin community in the county, where other signs of traditional cuisine are sparse.

El Toluco's fare takes inspiration from Fausto's own family recipes and upbringing. "Everything we sell, that's what we learned [from home]," Fausto says. Cooking, he notes, is a family affair: His mother and sister both share his passion for cooking, with his sister owning a restaurant herself back in Mexico.

El Toluco is not a one-man show, however. Chefs Cruz and Marcelo Salazar help Fausto in the kitchen. While the Salazars hail from a different city in Mexico than Fausto's native Toluca, he says they still have kindred cooking styles. Their hometowns "are so close they don't change too much," Fausto says.

Cruz single-handedly prepares all of El Toluco's tamales and Marcelo often whips up his own salsas for tortilla chips or other dishes. "Without the [Salazars], I don't think we would be as successful as we are. I think all of us together make a really good team," Maggie says. 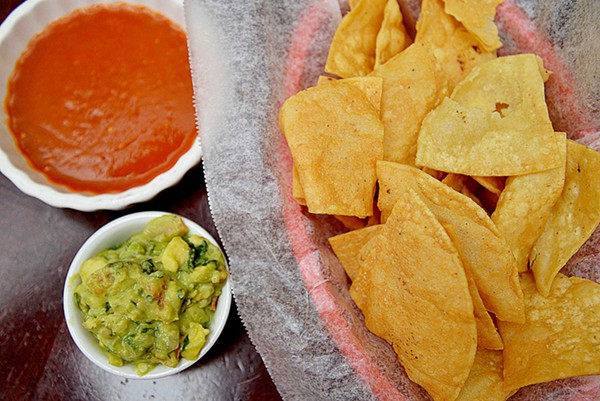 This collective culinary experience translates to fresh ingredients and authentic, home-cooked dishes. Meats are hand-cut, seasoned in house and cooked to order. Guacamole and various handcrafted sauces, ranging from mild to fiery are prepared daily. Tacos, burritos, chile relleno and other customary Mexican dishes are all available at shockingly low prices.

Mexican sodas, beers and other refreshments are often paired with meals. Some people stop by just for the drinks, such as bottled, Mexican Coca Cola, popular for its use of cane sugar in lieu of high fructose corn syrup.

With the kitchen well-staffed, Maggie works the bustling grocery side of El Toluco. Assorted spices, sauces, snacks and other Mexican delicacies line metal shelves near the entrance and across from dining tables. Meats, juices, desserts and produce form bright, technicolor patterns lining a wall of refrigerators. Regular customers pay close attention to a modest, clear cupboard display stocked with fresh bread from El Chico Bakery on Cherokee. Despite multiple deliveries each week, the popular items still sell out, much to the dismay of regulars.

Traces of Mexico don't stop with the food. Spanish-speaking radio hosts and Mexican pop music play over the soft, chorused hum of refrigerators. Ceramic, talavera-style artwork hung on the wall is available for purchase, along with small holy statues and other decorations. Many patrons even wire money directly to their families abroad through a service available.

The immersive atmosphere helps attract a tight-knit community. "Everybody who comes in knows somebody. They'll stop and talk, have lunch together or sit down and have a beer together," Maggie says.

While El Toluco is well-known to St. Louis County's Latin American population, the same cannot be said for other groups of locals. Somewhat concealed on the far side of its parking lot, many passersby on the busy stretch of Manchester may miss it.

However, some like it that way. "Don't tell too many people about this place now," a member of the nearby West County EMS warns as he dines, hoping to preserve his special spot. With such authentic, homemade Mexican cuisine, he may not be able to keep his secret for long.

Scroll down for more photos of El Toluco.