St. Louis Is the Fifth Best Place to Eat in the Entire Country, Says Food & Wine 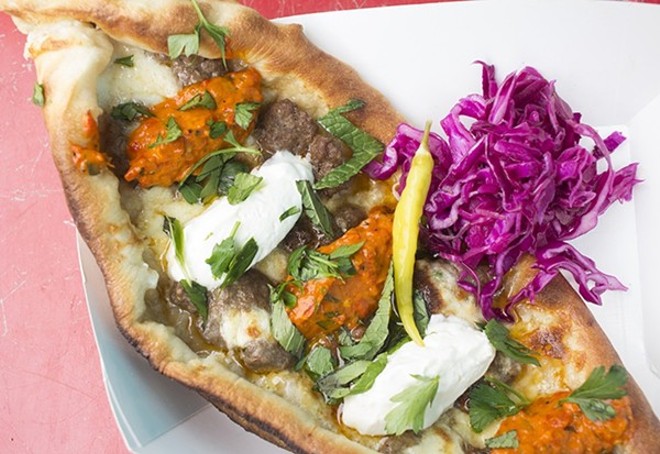 St. Louisans are a proud bunch — loyal to our teams, our craft beer, our much-maligned pizza that's been referred to as a war crime — so when we wax poetically about our local restaurant scene, we might be a bit biased.

But we're not the only ones gushing. Food & Wine is equally impressed, naming St. Louis as one of the "32 Best Places to Eat in 2019." The list, which is based upon the cross-country travels of the Food & Wine team throughout 2018, includes such esteemed food cities as Los Angeles and New Orleans, as well as several up-and-comers, like Tampa and Columbus.

Citing the Gateway City as one of the cities that "felt like the future," the nod notes the "immense growth" the St. Louis restaurant scene has experienced over the past few years. Food & Wine credits many factors for leading the city to this moment, including the explosion (one that's been a long time coming) of the Bosnian food scene, Qui Tran and Marie-Ann Velacso's pho at Nudo House and Tara and Michael Gallina's Vicia, as well as new restaurants such as Cinder House and Savage. The publication also points to what's yet to come, such as the highly-anticipated Bulrush, chef Rob Connoley's forthcoming Ozark-focused concept that has been teased for the past two-and-a-half years.

This is not the first time the national spotlight has cast its light upon St. Louis' thriving restaurant scene. Last year, both Nixta and Vicia were two of the 50 finalists for Bon Appetit's "Best New Restaurants" list (Nixta ultimately landed the number nine spot). This year, everyone from Forbes to Vogue took notice of our vibrant food culture, including Food & Wine, who put Nudo House's pho on its February cover.

In honoring St. Louis, Food & Wine notes the city's underdog status, saying that it "never gets enough credit for the things that it does well, and one of those things is food." If these recent accolades are any indication, we might just be shaking that reputation.