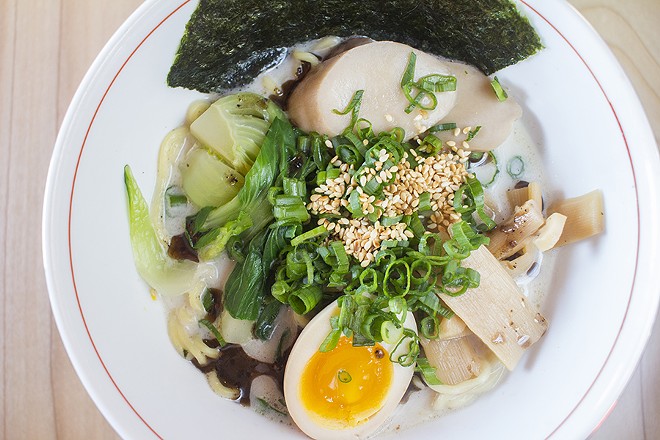 The location is the second for Nudo House, which debuted its flagship at 11423 Olive Boulevard in Creve Coeur in July 2017. Chef Marie-Anne Velasco will continue to lead the kitchen at the Creve Coeur outpost, with chef Chris Ladley taking the reins at Delmar. Tran, whose family has operated local favorite Mai Lee (8396 Music Memorial Drive, Brentwood; 314-645-2835) since 1985, owns both locations.

Ladley has been at Nudo for the past two years and says he worked closely with Velasco to develop the menu for the Delmar location, which features best-selling menu items from the original as well as new regular offerings.

"It's an honor and a responsibility to have Qui say, 'I trust you to run our second store,'" Ladley says. "It felt good. And the way Qui operates, it's about the team. So first we defined who we are and what our culture is, and then we built a team. We wouldn't be here without the 15 or so people who grind every day, whether it's down to cutting green onions or braising chicken thighs. And now we're on the doorstep of doing something really fun."

The Delmar Loop location will also feature different hours than the original, with current plans to be open Tuesday through Sunday from 11 a.m. to 10 p.m. (the restaurant is closed on Mondays) and eventual late-night hours until midnight on Fridays and Saturdays.

Since opening two years ago, Nudo House has become a destination for its various ramen bowls, appetizers, specials and creative soft-serve ice cream. Ramen bowls range from the classic tonkotsu to the Hebrew Hammer, made with a broth base of chicken bones that are cooked for sixteen hours to produce a silky, rich base for chicken paitan, chicken thighs, menma, ajitsuke tamago, bok choy and black garlic. 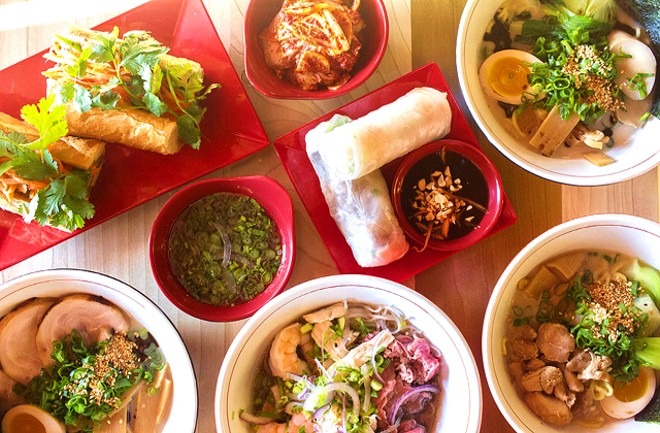 Diners can expect to find those favorites and more at the Delmar location, plus new menu items at both restaurants, including former specials such as the takoyaki, fried octopus fritters with pickled ginger, Kewpie mayo and nori, and fried egg rolls.

"We added a couple of items to both stores, a couple of starters, pho, ramen and a bánh mì," Ladley says. "We've had a bunch of specials that we've been running [at the Creve Coeur] location that have been really popular. If people were constantly buying a special for months, it only makes sense to put it on the menu. The new bánh mì is very traditional with head cheese and Vietnamese bologna. And we just got a larger soft-serve machine [at Delmar] so we can serve even more here than we do at Creve Coeur."

Although the eats will be similar at both locations to start, Delmar will be offering two boozie slushies not currently available at the Creve Coeur location.

"We've expanded the menu at both stores, but in terms of menu differences between Delmar and Creve Coeur, the only real difference is the slushie machine at Delmar," Ladley says. "We're always going to have one serious [slushie] cocktail in it, like a real composed cocktail, and then the other one is just going to be stuff that's super goofy and nostalgic — some kind of fun throwback beverage."

With the new restaurant, Tran, Ladley and both Nudo House teams are also excited to expand the concept into St. Louis City.

"What I've learned from Qui is that it's about the team and the city," Ladley says. "It's about making the city great. We're bringing some love to the east end of The Loop and just making it more accessible to people in the city; as a south city resident, if I didn't work in Creve Coeur, I wouldn't get out there as much. Now it's a lot more accessible to people on public transportation, on bikes, etc., and expanding the ability for people to come and eat noods." 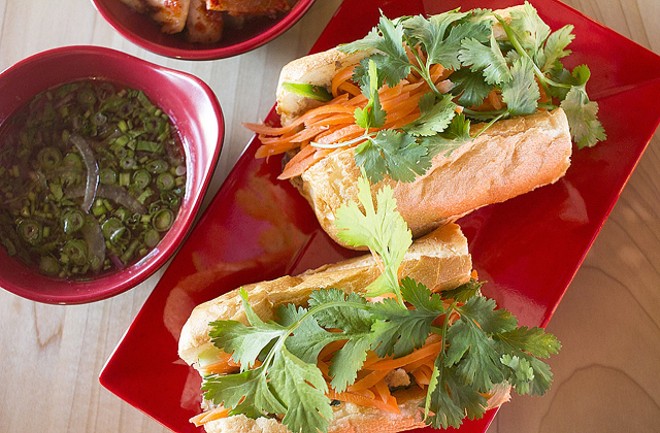 Ladley says the Delmar location occupies a similar footprint as the flagship, yet soon it will offer additional patio seating so customers can dine al fresco.

"We're going to have about 40 seats outside eventually," Ladley says. "[Inside] we seat the same as Creve Coeur, but the space [at Delmar] is a lot better: It's a lot more square, the ceilings are about twice as high, it's a lot more open. We've used a lot more of the space in the front with shelving, so it's functional storage so people can see all the weird ingredients that we import and use in our products. And then the hallway to the bathroom is like the coolest thing in the world — I'll just leave it at that. People are going to have to see it for themselves."

For Tran, the Delmar restaurant marks a homecoming of sorts, as Mai Lee's original location was situated on Delmar Boulevard.