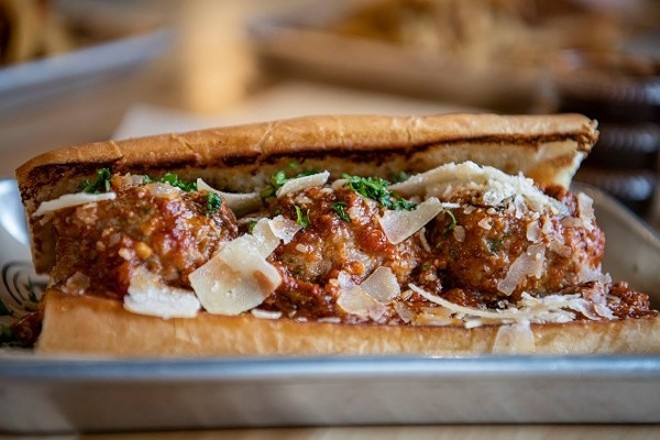 Perhaps it has something to do with thawing out from that awful, protracted deep-freeze that descended upon the city last month, but things just seemed more hopeful by the end of February. Granted, we've had this false spring before — last summer, as COVID-19 cases started to temporarily decline, we were tempted to feel like things were getting back to normal. It was a mirage, but this time around, it just feels different. Ask restaurateurs, chefs and hospitality workers how they're feeling these days, and in addition to the usual complaints of exhaustion, there is a glimmer of hope in their responses. It just feels like this might be the last bad stretch.

This optimistic tone correlates to the small number of restaurant closures in February compared to the openings. Granted, Han Lao's loss hurts. The Brentwood eatery, brought to life by Thom Chantharasy, was a bold love song to Laotian cuisine, something he'd dreamed of bringing to St. Louis even before opening the successful Robata Maplewood. However, citing the pandemic and the difficulties of navigating the necessary regulations to Sauce Magazine this past week, he simply could not hang on. It leaves a noticeable void in the St. Louis dining scene.

However, there were notable bright spots this month. After worries that Alex Cupp's outstanding barbecue restaurant, the Stellar Hog, would be closed indefinitely following struggles at its south city address, the brand has found success at its new Chesterfield location. BEAST Butcher & Block, too, has had to make adjustments, suspending its barbecue offerings but bringing us some outstanding sandwiches in its place. Simply Cooking with Donna has finally found a storefront and Honey Bee's Biscuits & Good Eats had lines for days at its launch earlier this month. Sunnier skies on the horizon? We sure hope so.

Jump to comments
« St. Louis Is Once Again Up For Best…  |  The Greek Kitchen's Lisa Nicholas I… »