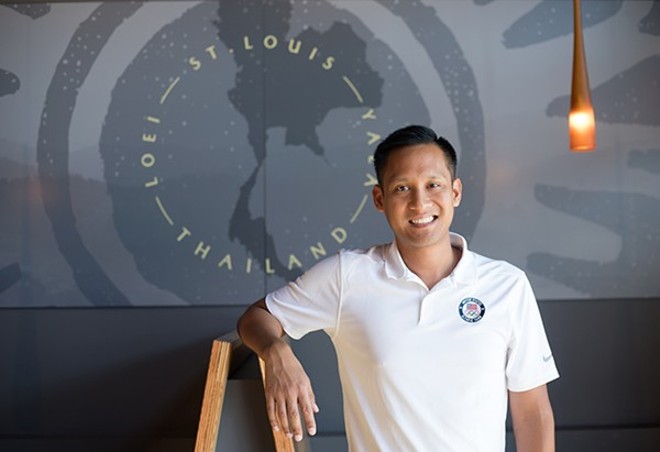 Like most Americans, Chao Baan's (4087 Chouteau Avenue #5, 314-925-8250) Shayn Prapaisilp watched in horror the news of the tragic events that unfolded this past Tuesday, when a gunman murdered eight people, seven of whom were Asian-American, at three Atlanta-area massage businesses. However, as horrified as he was, Prapaisilp was not surprised.

"We'd been seeing the warning signs since the beginning of the pandemic and with the last administration's rhetoric," Prapaisilp says. "It started out as slurs, which escalated to physical attacks, and culminated with the mass shooting. People think that we've acted fast, but these things have been happening for a while now. It's nothing new. People in the Asian American and Pacific Islander community have been othered and seen as perpetual foreigners forever."

Moved to take concrete action to help the Asian American and Pacific Islander community, Prapaisilp is launching Dining Out to #StopAAPIHate initiative at Chao Baan. The program, which launches on March 23 and will run every Tuesday through April 27, will help raise funds for the Atlanta chapter of Asian Americans Advancing Justice and Stop AAPI Hate by donating ten percent of the restaurant's dine-in and carryout sales to the organizations.

A board member of the Asian American Chamber of Commerce, Prapaisilp knew he wanted to do something that would have material impact when he heard about the mass shooting. Though he believes it's important for people to process their grief in their own way, he wanted to work through his by using his platform as a prominent member of the city's dining scene. His hope is that the Dining Out to #StopAAPIHate initiative will not only raise money for these vital organizations but will also bring awareness to the fact that the Asian American and Pacific Islander community has been a longtime target of racism and xenophobia.

Prapaisilp's role in the St. Louis dining scene stretches all the way back before he was born. His mother and father, who are from Thailand, started Jay International Foods on South Grand in the 1970s, followed not long after by the iconic Thai restaurant King & I. Over the years, their culinary footprint has grown to include Global Foods Market, Oishi Sushi, Oishi Steakhouse and United Provisions. In June of 2019, Prapaisilp opened Chao Baan as an homage to his parents' unique culinary heritage, one that brings together two vastly different regional styles of Thai cooking.

Prapaisilp draws parallels between the awakening of people to Asian American and Pacific Islander xenophobia and violence and the social justice movements that happened in the wake of the killing of George Floyd last May. Though both movements were born from tragedy, they have helped spur a global conversation about the systemic hate faced by people of color. Though just one business from one town hundreds of miles away, Prapaisilp hopes the Chao Baan initiative will play some role in helping to bring about much-needed change.

"A lot of times, things happen to people in our community that are not reported as hate crimes," Prapaisilp says. "Things are muttered under the breath, and there is a lot of soft racism. However, what happened in Atlanta shows what can happen when this is not dealt with. We just want to use this opportunity to educate people that this is a big problem."