James Probstein cannot verify the urban legend that surrounds the chicken wings at his Ladue mainstay, Sportsman's Park (9901 Clayton Road, Ladue; 314-991-3381), but the rumors have been swirling for years. The word on the street is that Jackie Smith, the NFL Hall of Famer and former co-owner of the restaurant (along with James' dad Norman), was the person who brought Buffalo wings to St. Louis when the restaurant opened in the 1970s. It makes sense; Smith's football career regularly took him to Buffalo, where he would play the Bills and nosh on wings when he was off the field. As Probstein explains, no one knows if it's actually true, but the mystery is part of the fun.

"Legend has it that he tried them in Buffalo and brought them to town," Probstein says. "We can't prove it, but when we opened as Jackie's Place in 1974 they were on the menu not at the very beginning, but soon after. We still sell a lot of them, but we are known for other things now."

Even if Sportsman's Park's status as the fountainhead of St. Louis chicken-wing culture is untrue, it does not diminish the special place it holds in the city's heart. Since opening 47 years ago under the name Jackie's Place, the restaurant has become a beloved gathering place, not just for its immediate neighbors in Ladue but for sports fans throughout the area, thanks to its impressive collection of photographs and memorabilia amassed over the years.

Probstein's dad, Norman, had such a vision in mind when he happened upon the place nearly five decades ago. A longtime hospitality professional who operated several businesses around town in area hotels, the elder Probstein was looking for a standalone spot in a good location to open up a small neighborhood restaurant. The building at 9901 Clayton Road ticked all the right boxes, and he was eager to sign the lease and get to work with the right partner by his side.


That person would be Smith, who Norman was introduced to through the Cardinals football team's then-owner Bill Bidwell. Norman, who knew Bidwell socially, was a regular at football games, often bringing his son with him to watch the action on the field and meet the players. That connection led to a business relationship between Norman and Smith, and the two men operated the restaurant together for four years until Smith decided to pursue other interests. Two years after that, Norman changed the restaurant's name to Sportsman's Park, a nod to the storied former home to both the St. Louis Browns and St. Louis Cardinals baseball teams.

From the beginning, James Probstein was there alongside his dad and began earning his keep as a dishwasher as soon as he was old enough to work. Though it was never explicitly stated or expected of him that he take over the restaurant when his dad was ready to retire, he knew, deep down, that he was going to be in the hospitality business in some way, shape or form because of his early exposure to it. 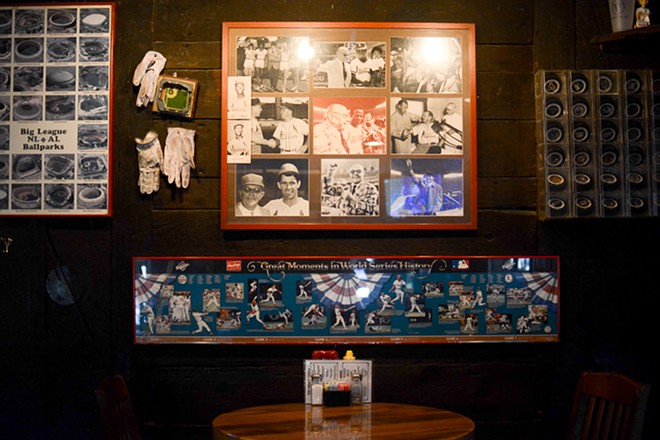 "Growing up with my dad in the hotel and restaurant business, I'd go to work with him every Saturday morning," Probstein says. "I never really knew anything else; I just assumed I'd be in the business, went to school and got a degree in hotel and restaurant business, and went into it with my dad, never thinking too much about it. I never took for granted that I would still be here at this place at this age, but it just happened. And I think of that as a good thing."

Probstein finds fulfillment in operating Sportsman's because he knows what it means to the community. As he's watched Ladue's dining landscape change over the years — with mainstays like Busch's Grove, Schneithorst's and even the grocer Ladue Market closing up shop — he can't help but feel a sense of responsibility to keep alive Sportsman's Park's legacy as a way to maintain a connection to the area's history. He admits it's a balance. Though he understands the importance of adapting and being flexible, he's also learned over the years that people do not want things to change all that much and are more concerned about being able to come into a place that feels familiar.

"We've had to adopt without fundamentally altering who we are," says Probstein. "For years, I used to think we needed to freshen and needed new items, so I'd add those on the edges. I finally got to the point where I stopped doing that several years ago, though, because most people didn't want things to change. They just want us to do what we do well and keep doing it, so why mess with it?"

Sportsman's has had to adapt over the past two years, though. Probstein notes the challenges presented by the pandemic, but he feels fortunate to have done well in spite of them. He credits his loyal customers for supporting the restaurant and its staff through it all, and he appreciates their grace and patience as he and his team have had to navigate the ups and downs of the past year and a half. However, he is quick to acknowledge one silver lining.

"We finally got an outdoor seating area," Probstein laughs. "It only took 46 years and a pandemic, but it's better late than never." 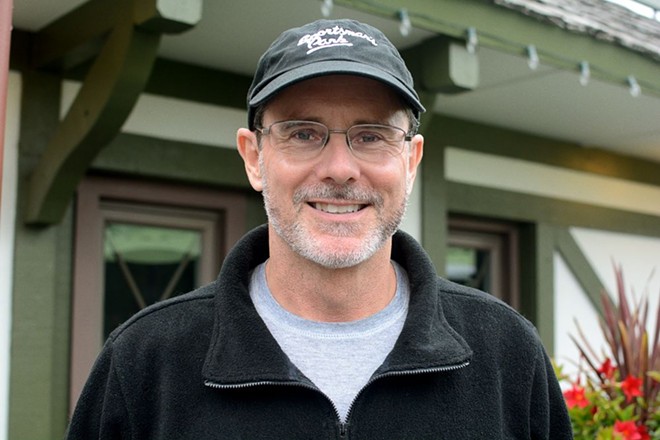 Aside from that new outdoor space, Probstein doesn't anticipate that there are any other changes on deck at Sportsman's, other than a forthcoming Wayne Gretzky memorabilia wall curated by the Great One himself. It will join the homage to the late Jack Buck the restaurant has on one of its walls, one of the many reasons Sportsman's is seen as a temple of St. Louis sports culture — and in turn, St. Louis culture in general. This, plus the good food, longtime staff and generations of regulars are the reasons for Sportsman's staying power and why Probstein feels it will be around for years to come.


"We're in this great neighborhood and are just one of those one-off restaurants that people like," Probstein says. "At the end of the day, if you have a cozy restaurant that people like to be in and feel comfortable, and have good food and good service, that's what they want. We make you feel like you are somewhere else — not in the real world anymore — and people like that. To keep doing that, you have to keep coming in every day and act like it's the first day that you've been here; you have to stay focused and not get comfortable just because you've been here for a long time." 