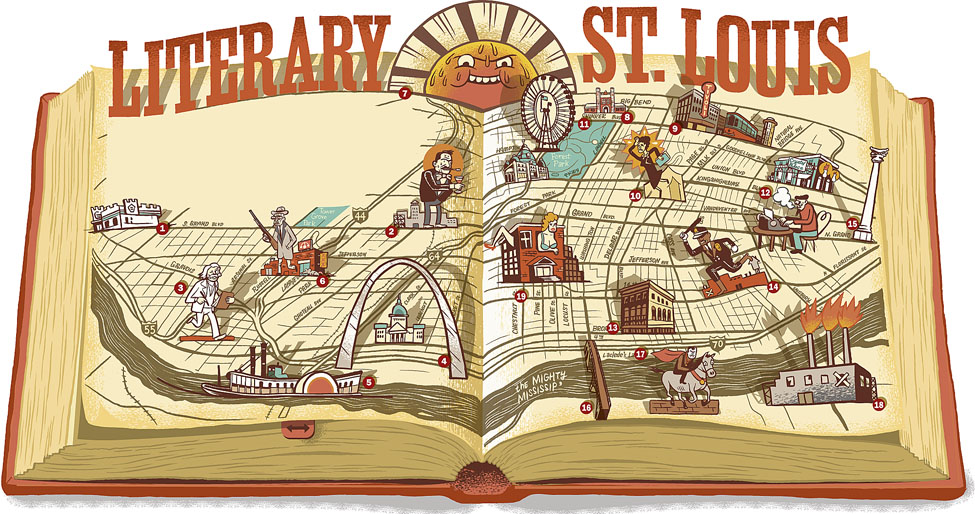 Who's Who and What's What

A key to the map above. Locations are of dubious accuracy.

1. The White Castle at Grand and Gravois avenues became the titular White Palace in the novel by Glenn Savan.

2. Tennessee Williams always claimed St. Louis made him want to drink. Despite his wishes to the contrary, he�s buried here.

6. William S. Burroughs, on visits home, was most nostalgic for the old Market Street skid row.

7. St. Louis summers have inspired many writers. Charles Dickens wrote, �I shall therefore, I have no doubt, be at issue with the inhabitants of St. Louis in questioning the perfect salubrity of its climate.�

8. Washington University has long been a destination for writers, including Williams, A.E. Hotchner and William Gass.

11. To Sally Benson, the 1904 World�s Fair was one of the wonders of the world, but Henry Adams preferred Europe�s cathedrals.

12. The Crystal Palace inspired the world�s only Beatnik musical, The Nervous Set.

14. Dick Gregory had fond memories of the cops in his north-city neighborhood.

17. Laurell K. Hamilton�s vampires hang out in the Blood District -- a.k.a. Laclede�s Landing.