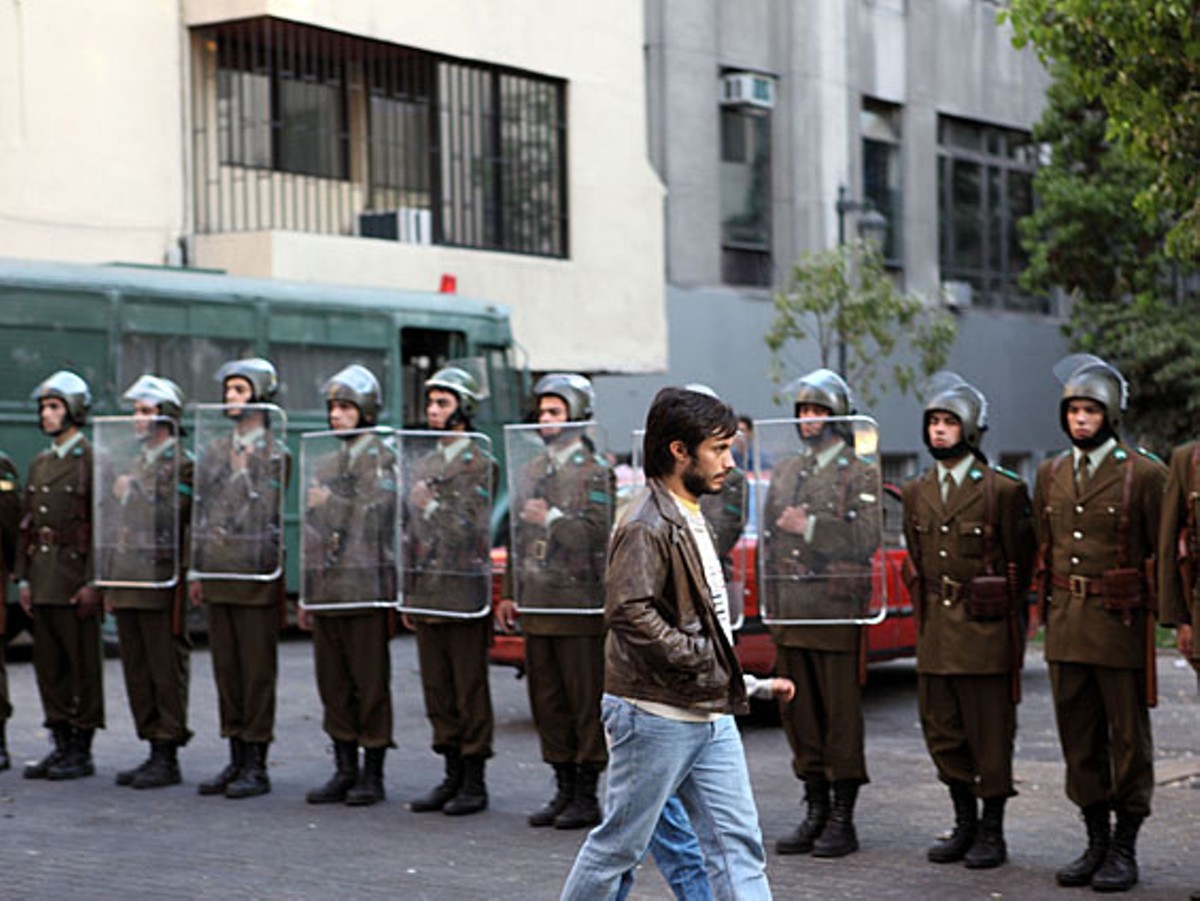 Gael Garcia Bernal in No.

Most of the blathering this year about the death of film and film culture has already evaporated from the mind, like so much inert gas. But one gnomic pronouncement endures: Leos Carax describing cinema as "a beautiful island with a cemetery" following the world premiere of Holy Motors at Cannes. What are the contents of that necropolis? As we look ahead to 2013, several unnecessary sequels — Fast and Furious 6, The Hangover Part III, Grown Ups 2, The Smurfs 2 — seem eligible for the funeral pyre. Buried under mountains of cash when they were first released, the blockbusters Jurassic Park, The Little Mermaid and the Star Wars installments Attack of the Clones and Revenge of the Sith will be disinterred and reissued in 3-D.

Yet for all of next year's likely stinking corpses, 2013 also boasts plenty of reinvigorating fare — movies that are the flora and fauna of Carax's "beautiful island." Below are ten titles — including some we haven't seen (and which might be eligible for the charnel house when we do) — whose promise suggests to us that reports of film's death are greatly exaggerated. (All dates are subject to change.)

1. No, opens February 15
The superb final installment of Pablo Larraín's trilogy on Pinochet, No is set in 1988, when the Chilean dictator called for a referendum to determine whether he could extend his rule for another eight years. Those who want the tyrant gone approach advertising exec René (Gael García Bernal), who crafts incongruously effective TV spots filled with rainbows and mimes. Shooting on U-matic video to give No the look of the era, Larraín also demonstrates one of the most unlikely ways that a revolution could be televised.

2. Beyond the Hills, opens March 8
Like his 2007 Palme d'Or winner, 4 Months, 3 Weeks, and 2 Days, Cristian Mungiu's astringent new film revolves around a female friendship tested by a sclerotic culture. Nun-in-training Voichita (Cosmina Stratan) takes in Alina (Cristina Flutur), her best friend since their orphanage days, at her isolated monastery. Alina — in events modeled after a true case from 2005 — is soon thought to be possessed by a demon; the treatment by her devout caretakers lays bare the disasters of dogma.

3. Carrie, opens March 15
One of several remakes slated for 2013, including Spike Lee's Oldboy and Ben Stiller's The Secret Life of Walter Mitty, Kimberly Peirce's update of Brian De Palma's 1976 adaptation of Stephen King's novel about a telekinetic teenager might, like many redos, warrant a bucket of pig's blood dumped on it. But the casting is propitious: Chloë Grace Moretz, so haunting as a pubescent vampire in another remake, 2010's Let Me In, seems perfect for the title role, bullied not just by her classmates but also by her religious crackpot mom (Julianne Moore).

4. Room 237, opens March 29
Another adaptation of a Stephen King novel — Stanley Kubrick's 1980 horror masterwork, The Shining — is the subject of Rodney Ascher's dense, deft documentary. Five obsessive experts, who are heard but never seen, spin out their theories on Kubrick's film, including one who declares that it takes on nothing less than "the nightmare of history." Illustrating his interviewees' ideas with scenes from Kubrick's chiller (and his entire oeuvre), Ascher lets us get lost in these weirdly absorbing treatises.

5. The Heat, opens April 5
A comedy that features Sandra Bullock as an FBI special agent might lead a reasonable viewer to worry that this will be Miss Congeniality 3. But The Heat is directed by Paul Feig, the helmer of Bridesmaids, which proved to all doubters that those with two X chromosomes can be funny. Also encouraging: that film's flat-capped comic genius, Melissa McCarthy, co-stars, playing a hotheaded Boston cop who teams with Bullock to take down a drug lord.

6. Something in the Air, opens May 3
Autobiographical yet never sentimental, Olivier Assayas's early '70s-set coming-of-ager centers on high school student Gilles (terrific newcomer Clément Métayer), born too late to take part in the insurrections of May '68 but still consumed with revolutionary zeal. He grows weary of political hair-splitting and soon devotes his life to other noble causes: art, sex, music and cinema, passions that play out against a backdrop of perfect period detail.

7. Frances Ha, opens May 17
Noah Baumbach's latest, starring and cowritten by his romantic partner, Greta Gerwig, is both a fizzy homage to the French New Wave and a sharp, witty entry into the long-moribund adrift- twentysomething genre. Gerwig's kinetic performance of the title role reveals her to be a nimble comedian, perfectly balancing mortification and bravado.

9. Elysium, opens August 9
Writer-director Neill Blomkamp proved to be a master of metaphor with his debut, District 9 (2009), a biting sci-fi allegory about apartheid. Hopes are high for the Occupy-inflected Elysium, set in 2159 and pitting the cosseted rich who live on the space station of the title against the 99 percent, barely surviving on a destroyed Earth.

10. Runner, Runner, opens September 27
In his last outing, The Lincoln Lawyer (2011), director Brad Furman showed a knack for jazzing up a legal thriller, one that ushered in the Second Coming of Matthew McConaughey. Working with a blue-chip cast — Ben Affleck, Justin Timberlake and the always-welcome Anthony Mackie — Furman should be able to deliver another satisfying genre picture with this tale of offshore online gaming.