France is under siege in Army of Shadows

The Classic French Film Festival remains one of the high spots on the local cinematic calendar. Now that repertory theaters are a thing of the past and cultural institutions that once offered regular film programming are content to stick with the occasional sing-along screening of Meet Me in St. Louis, this annual series is almost alone in giving audiences a chance to see older films in a bigger setting than a TV screen. There's no set theme or dominant pattern to the annual picks, just a diverse selection of films worth reviving from various points in France's 120-year history of film production (though it should be noted that nearly half of this year's films were made by non-French directors). The festival's first-weekend programming is typically wide in scope, including an obscure romance, an early New Wave classic and a gripping war drama that took 40 years to earn an American release. 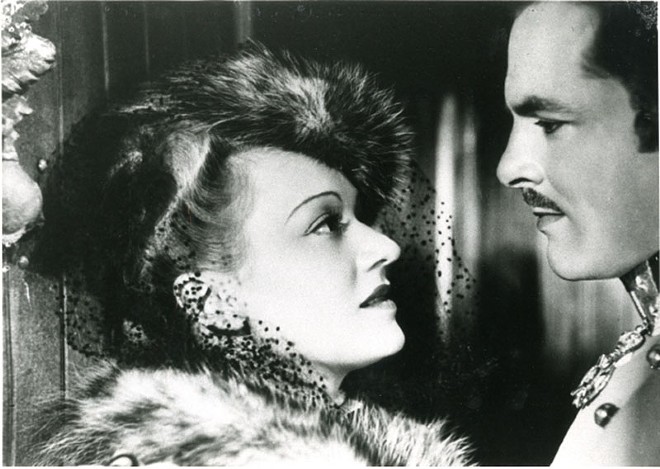 Love ain't easy in From Mayerling to Sarajevo

Made on the eve of the Second World War, From Mayerling to Sarajevo must have seemed even stranger to audiences in 1940 than it does to viewers 75 years later. Max Ophüls' last film in France before fleeing to safety in the U.S. (he would return after the war to make classics such as Lola Montes), this is an unofficial sequel to Anatole Litvak's Mayerling (1936), which was based on the doomed romance between the crown prince of Austria and a commoner. Ophüls' film also borrows from a piece of history that would have been familiar to audiences — the assassination of Archduke Franz Ferdinand of Austria, one of the direct causes of World War I — and turns it into a lightweight love story. In Ophüls' version, the archduke is torn between the responsibilities of his title and his love for a Polish countess. Facing opposition from the royal court, the lovers meet in secrecy for years, but duty and history finally lead to the inevitable climax in Sarajevo. Undeterred by the historical record, Ophüls treats the whole thing with his usual lush style, but the clash of the directorial style and real-life content make this a bitter fairy tale — as if Cinderella ended with Prince Charming gunned down in the street.

The elevator is his prison in Elevator to the Gallows.

The films of Louis Malle are hard to categorize, and his 1958 debut feature Elevator to the Gallows is so unlike his later films that its brisk pace and off-the-cuff realism can come as a shock to those who only know his later work (which included American productions such as Atlantic City and My Dinner With Andre). Set in a single night, it's the story of a murder plot that goes awry: Julien (Maurice Ronet) kills his lover's husband, but his escape plan takes a wrong turn when he gets stuck in the elevator of the dead man's building. Meanwhile, his car is stolen by a con man, he is accused of that man's murder and his lover Florence (Jeanne Moreau) tries to clear his name. It's a little confusing, but with the intensity typical of the early New Wave and a wonderful performance from Moreau (who would follow this with Malle's scandalous The Lovers). Perhaps most notable, however, is the jazz score, written and played by Miles Davis at the peak of his career.

The highlight of the weekend is the opening film, Jean-Pierre Melville's 1969 Army of Shadows. Melville was one of the few French filmmakers of the pre-New Wave 1950s to win admiration from the Cahiers du Cinema critics, but by 1969 he had gone defiantly Old Wave with this classically paced story of the French Resistance. It's an episodic tale concentrating on a small group of movement leaders over the course of roughly one year. It's dominated by strong performances from Lino Ventura, Jean-Pierre Cassel and Simone Signoret and tense, brilliantly constructed set-pieces: the murder of an informer, an elaborate attempt to rescue a prisoner and a captured Ventura facing execution. Melville's view of the Resistance is not too far removed from the way he depicted criminals in neo-Noir films such as Bob the Gambler and Le Samourai. Here are people threatened by violence and betrayal, defining themselves by the way they confront the Nazi occupation, and ultimately forced to create a unique moral code.