A child — and child performer endures in Beasts 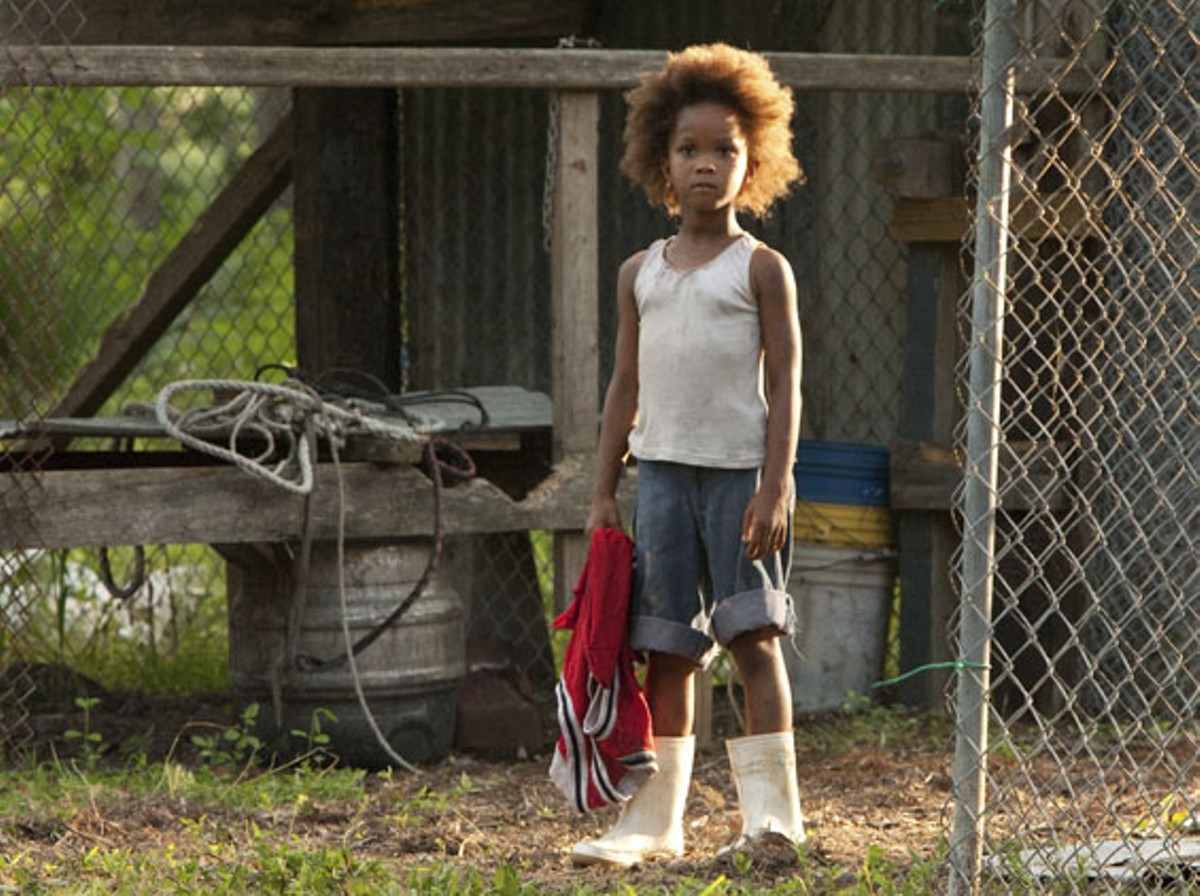 Quvenzhané Wallis stars as Hushpuppy in Beasts of the Southern Wild. Fox Searchlight

A child — and child performer endures in Beasts

A zealous gumbo of regionalism, magical realism, post-Katrina allegory, myth and ecological parable, Beasts of the Southern Wild, the southern Louisiana-set debut feature of 29-year-old Benh Zeitlin, rests, often cloyingly, on the tiny shoulders of Quvenzhané Wallis. Her character, Hushpuppy, the film's six-year-old (also Wallis' age during filming) protagonist and narrator, is meant to recall the resilience that Lillian Gish, addressing her flock of itty-bitty orphans and runaways, spoke of so memorably in The Night of the Hunter (1955): "When you're little, you have more endurance than God is ever to grant you again. Children are man at his strongest. They abide."

Co-written by Zeitlin and Lucy Alibar, whose play Juicy and Delicious served as the film's starting point, and using a cast of locals, almost all of whom make their acting debut here, Beasts of the Southern Wild strains to remind us of Hushpuppy's wisdom and courage beyond her years. She is a motherless child: "She swam away,"explains her father, Wink (Dwight Henry), a chronically ill, frequently drunk man, of Mom's absence. He and Hushpuppy live in separate trailers in a grassy, overgrown expanse in a fictional bayou area called the Bathtub. Stomping around her ramshackle, squalid domain in white plastic rain boots, dirty T-shirt and orange Underoos, this peewee heroine confidently wields a blowtorch. Perhaps saluting his child's precocious strength, Wink refers to Hushpuppy as "boss," "boss lady," and the gender discordant "man,"whether exhorting her to cover up ("Get your pants on, man!") or goading her to flex her pecs ("Who's tha man?").

This little girl will need to prove her might repeatedly. Her neighborhood is washed away by a hurricane, her father grows sicker and sicker, and she fearlessly stares down enormous, rampaging creatures called aurochs — actual prehistoric animals, here reimagined as giant wild boars, unleashed by the melting of the ice caps or by Hushpuppy's fervent imagination. Yet all of these disasters are merely part of Hushpuppy's grand cosmic lesson: "I see that I'm a little piece of a big, big universe, and that makes things right,"she says in voiceover, an aural blanketing as unremitting as the swampy, string-heavy score, co-composed by Zeitlin.

Beasts of the Southern Wild is not the first project by Zeitlin to feature a young African American girl as its first-person narrator. Glory at Sea, his 25-minute short from 2008, which shares Beasts' diluvial setting and multiracial, marginalized Louisiana denizens, is told from the perspective of a child under water. The missteps of Beasts aren't necessarily rooted in the voice that Zeitlin assumes (presumptuously at worst, naively at best) to tell this uplifting story of survival and fortitude — both Hushpuppy's and her Bathtub neighbors'. But in trying through incessant narration to make a six-year-old a prolix sage, Zeitlin can't avoid falling into sticky sentimentality.

That's a shame, because Wallis, whom Zeitlin cast after auditioning more than 3,000 other little girls, has such a commanding presence onscreen — never more so than when the camera observes her up close and in silence, before the music, Hushpuppy's maxim-filled voiceover, and Wink's bellowing kick in. In Beasts' opening scene, Hushpuppy quietly entertains herself by playing with a small mound of dirt in her trailer and clutching, almost too hard, a chick in her tiny hand. Her intense concentration during these moments — in which she becomes aware of her power over beings smaller and more vulnerable than she is — is the one image I'll never forget from this film, despite its many effulgent scenes of Roman candles, drunken revelries and unfazed mariners on jury-rigged boats after the storm. For it seems the truest, simplest expression of what Zeitlin is trying so relentlessly, if with the best intentions, to honor: a child's understanding of responsibility, both to herself and others. In that one precious instant, Hushpuppy becomes, like pint-size Ana in The Spirit of the Beehive (1973) or, more recently, Iris in Night Catches Us (2010), a witness to forces within and without her — while still unmistakably remaining a child. 