A world-class star's hung up on some twerp in Maleficent 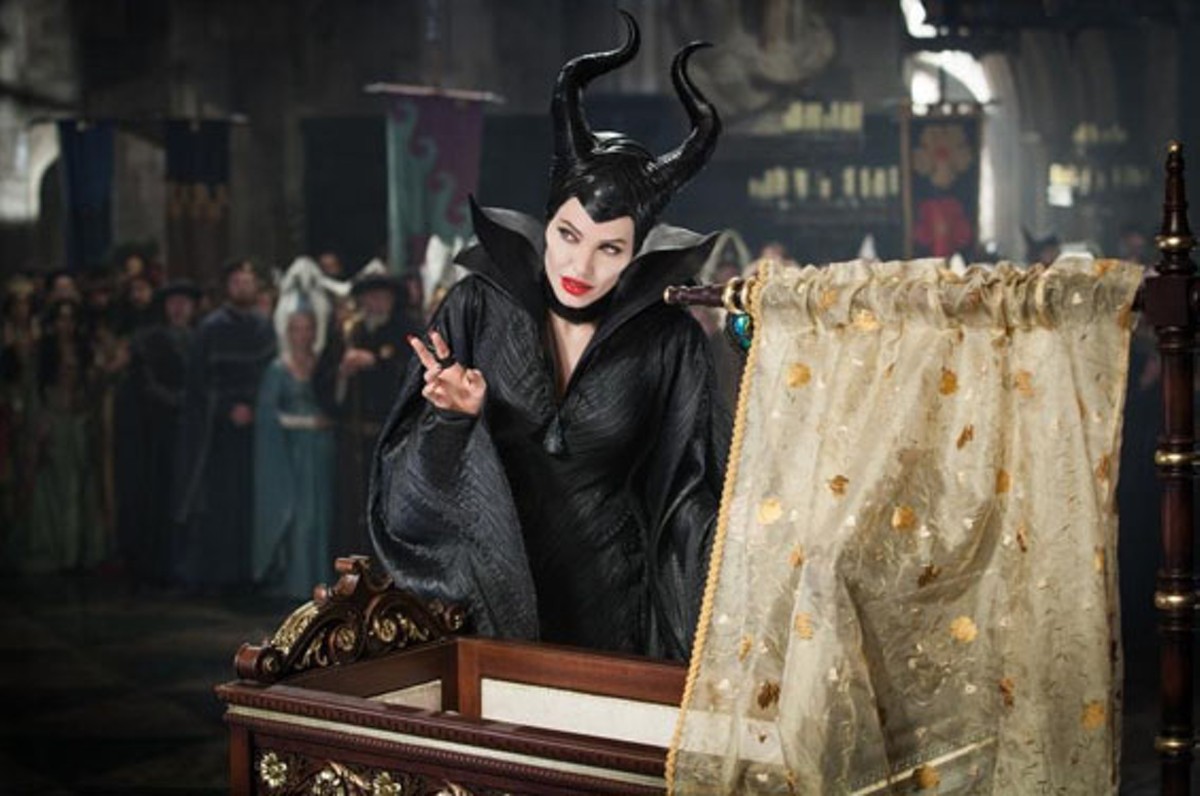 A world-class star's hung up on some twerp in Maleficent

Boil Maleficent down to one newt's nose-size piece of advice and you'd get this: Don't dump Angelina Jolie. It's not a problem most mortals will face, but as seen through director Robert Stromberg's lens, the antlered arch-villain of Sleeping Beauty is a sympathetic scorned woman, equal parts Gloria Gaynor, Princess Diana, and Lorena Bobbitt, with a dash of Euripedes's Medea thrown in for class.

The cad is an ambitious thief named Stefan (Sharlto Copley), who befriends Maleficent when she's just a naïve fairy who doesn't realize that humans are jerks. He romances her for several decades until he betrays her for the chance to become king. The bad news comes as a shock. Alas, though Maleficent's magical forest is equipped with stomping tree beasts and squat, mud-slinging gnomes, she has no Top 40 station to teach her that her lifelong boyfriend should have put a ring on it. And so she does what any wounded woman would: curse his baby daughter to an inescapable coma.

Like Oz the Great and Powerful, Maleficent considers itself a revisionist fairy tale that spins a demonized witch into a feminist icon. Hardly. Both movies hinge on a man, as though the sheer power of being rejected by one dude is enough to make any girl nuts. Maleficent and the Wicked Witch of the West can terrify armies, but they cede their emotional strength to a mortal twerp. At least in Wicked, the topsy-turvy retelling that started the trend, the witch turned evil because of her politics. As did Mystique in X-Men: Days of Future Past, who would respond with a sneer if invited on a manicures-and-ice-cream girl-power date with Maleficent.

Still, Jolie carries her embittered witch with the dignity of Nefertiti. She rarely speaks, preferring to sulk and scream. Stromberg and his effects team have enhanced the actress's otherworldly beauty to monstrous perfection: The cheekbones jut out like cliffs, the green eyes glow, the full mouth stretches over an impossible number of teeth. For a children's movie, Maleficent makes one hell of a Vogue pictorial, eschewing the breakneck pacing expected of a PG Disney flick for the stern art-house rhythms of Jean Cocteau's 1946 Beauty and the Beast.

Yet Maleficent suffers from the same problem that's sandbagged Jolie's career: Her directors shoot her like a goddess, but set her in a world that treats her like an urchin. Jolie's films never hurdle that key contradiction — the filmmakers' joy at photographing such beauty versus her need to prove that she's more than a pretty face. As a result, Jolie picks scripts where her characters are rejected or victimized (A Mighty Heart, Salt, Beyond Borders), only to wind up looking so gobsmackingly gorgeous that the plot no longer makes sense.

Clint Eastwood's Changeling was the most preposterous offender, a period piece about a stunning single mom who begs a dozen men to help find her son and gets every door slammed in her face. (You think they'd at least weasel a consoling hug.) Stromberg has the sense to recognize that onscreen Jolie is no mortal, but then she still gets dumped by the dweeb from District 9.

It's not impossible to reconcile Jolie's too-pretty paradox. Here, the plot could be rescued with just an eyebrow, a glimmer of regret on Copley's face that he has to give up this magical creature for a kingdom. I'd prefer to see her sink her teeth into the sexy, goofy, terrifying roles that made her famous, the fully alive Girl, Interrupted who embraced her powers instead of apologetically tamping them down. Instead, Jolie's taking her serious-minded talents to the director's chair. Which, if you've seen her stilted Bosnian war drama In the Land of Blood and Honey, isn't a fair trade.

For now, Maleficent is Jolie's last scheduled on-camera performance, and despite its eye-rolling silliness, it certainly sends her out like a star. It's less kind to the promising Elle Fanning, whose Princess Aurora is a grinning, passive fool. We're meant to love her for her innocence — even Maleficent herself slowly comes around — but with the grown woman hogging the show, she never resonates as anything more than a lunatic toddler. In inverting the classic tale like a sock, the maternal red, blue, and green pixies (Imelda Staunton, Lesley Manville, Juno Temple) have been recast as negligent babysitters, who, worst of all, prove immune to the film's Girl Code of Honor by staying friendly with their friend's evil ex. (And when they pressure a cute stranger to kiss their comatose 15-year-old, they almost come across as criminals.)

With more actual grrrl power, Maleficent would be a bold redo. Instead, it's a beautiful snooze, a story that hints at the darkness underneath our fairy tales and tarnishes the idea of true love without quite daring to say what's really on its mind: that even the best of us might not live happily ever after.