Archer Sags into Middle Age in Its Sixth, 'Unrebooted' Season 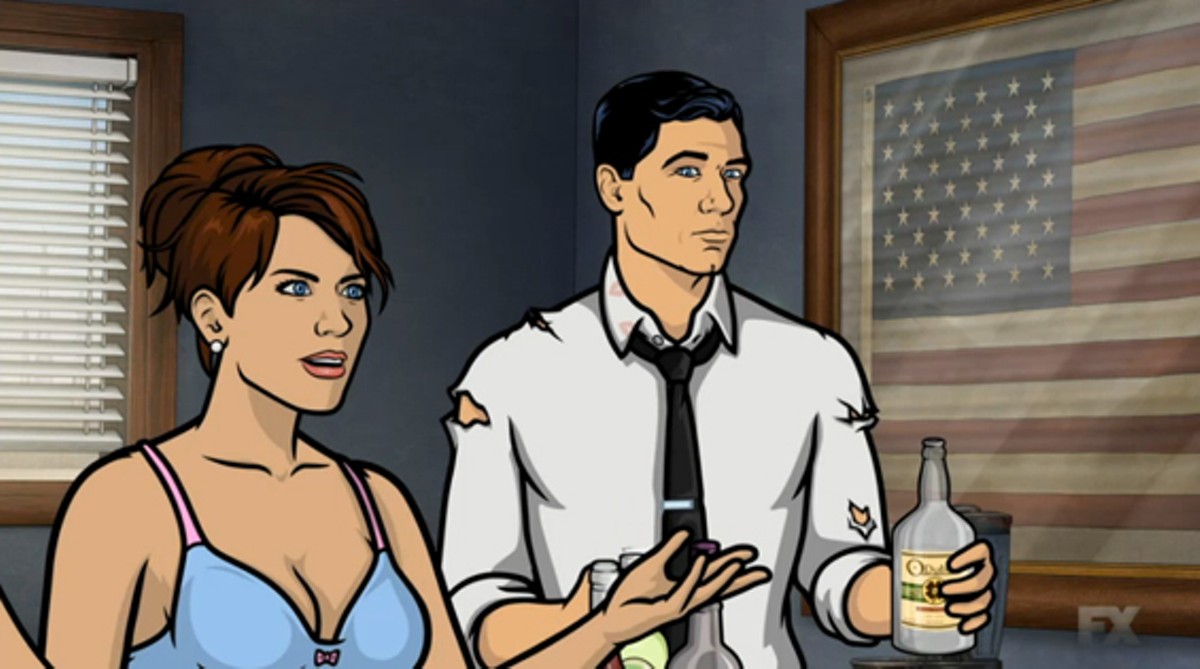 TV shows aren't too different from people in at least one respect: The longer they've been around, the less interest they tend to garner. But the sixth season of FX's beloved spy spoof Archer is like few others. It's an "unrebooting" of the previous year, in which creator Adam Reed, reportedly bored with his own show, jettisoned virtually everything about it at the height of its popularity. Archer Vice, as the fifth season was called, found the animated cast peddling cocaine and country music after the disbanding of ISIS, the show's espionage agency, by the federal government in the season premiere. Vice was a bold gamble, but unfortunately a flameout of a season; the show's stakes changed too fast and too furiously for viewers to keep up or care.

Now that it's gotten its midlife crisis over and done with, Archer is moving out of its mistress's apartment and returning home to do right by its family again. It promises things are gonna be different from now on — ISIS is gone forever, and there's a baby in the mix now — but it's also gonna be the same show fans fell in love with in its prime.

One step forward, one step back — that's always been how Sterling Archer (H. Jon Benjamin), often described as "the world's most dangerous spy" because of his special-ops training and his profound self-centeredness, has matured, which is to say not at all. But the perma-brat, once obsessed with uncovering his father's identity, now finds himself the parent of little Abbiejean alongside the likely love of his life, Lana Kane (Aisha Tyler), with whom he cannot be in the same room for five minutes without one of them shooting their guns.

Fatherhood represents Archer's most obvious departure from James Bond, the character he's most closely based on and parodies. (The real — or animated — Bond, in the show's retelling, would fritter away thousands of dollars on luxury wear, suffer from tinnitus after chronic exposure to gunshots, and be blinded by specks of dirt and detritus while fisticuffing atop a moving train.) Archer gave the last baby he doted on a tattoo (of his own name, natch), but this year's season premiere suggests we might finally see the gleefully juvenile jerk grow up. An unexpectedly touching episode found Archer reconnecting a Japanese soldier (Togo Igawa), who'd been patrolling the island of Borneo since World War II, with the family that had long presumed him dead — a welcome reminder that Reed, who writes every episode of the show, can make us sympathize deeply with his generally amoral characters when he wants to.

So what does a fatherly James Bond look like? Two-thirds of the way into the sixth season, kind of a bore, actually. Archer is still a jet-setting hedonist and a hilarious boor, but the show hasn't yet figured out how — or is declining — to apply its coarse, biting, gross-out wit to parenthood. Instead, we get serious discussions between Archer and Lana about who should get custody of Abbiejean should both of them perish in the field — not exactly sidesplitting stuff. Thankfully, Archer's monstrous mother Mallory (Jessica Walter) has picked up the comedic slack, offering Lana $100,000 to ditch "Abbiejean" and name the baby after her paternal grandmother, i.e., herself.

Even more disappointing is Lana's recent retreat into traditional motherhood, alternating between the nurturer and the scold. In earlier seasons, the former eco-activist was nearly as much a sociopath as any of her colleagues — an asset, it would seem, for a gun-for-hire. The tall, voluptuous, athletic agent — the closest thing Archer has to a super-heroine — was also revealed in the sophomore season to be cripplingly vain and "teeming with insecurities" in a deft, counterintuitive character touch.

But Lana has languished as a character since, overshadowed by two of the show's bright spots: the billionaire loon/secretary Cheryl (Judy Greer) and fight-clubber/drift-racer/HR manager Pam (Amber Nash). Cheryl and Pam are proof that Reed has no trouble writing fun and fascinating female characters, so it's frustrating to see Lana stuck in Mommy Corner. I'd love for the show to explore how parenthood changes not only Archer but Lana too, especially since the newly matronly agent, who is implied not to be bouncing back to her pre-pregnancy figure (though you can't see that plumpness in the animation), suddenly has to rely less on her looks for her flamboyant but fragile self-confidence.

Happily, the dissolution of ISIS — and the characters' new status as contractors for the CIA — hasn't really affected the show's tone or missions. (The network reportedly expressed concern to the show's producers about the fictional agency's name after the emergence of the Islamic terrorist group.) Reed deliberately obfuscated the show's chronology — it could take place anytime between the Sixties and five minutes from now — so that he wouldn't have to deal with current events — a decision that continues to richly pay off. The show has some astute insights into spy craft ("lying is, like, 95 percent of what I do," shrugs Archer), but its CIA envoy, Slater (Christian Slater), is delightfully straight out of B-movie central casting, a gruff maverick in lawman aviators and a motorbike-store T-shirt. The most recent episode also revealed that the government is housing extraterrestrial aliens in Area 51, so there's mercifully still no political satire here.

While its fleet escapism lends the show a buoyant spryness, Archer can't help showing its creaking middle age elsewhere, especially in its elaborate array of callback jokes, some of which extend back to the first season. The recurring and numerous callbacks — virtually a mythology of their own — were once one of the comedy's best features, allowing for a kind of density of gags that, like 30 Rock or Arrested Development before it, would reward a second or third viewing with the discovery of jokes you'd missed before.

Archer began to over-rely on callbacks during Season 4, gradually making me nostalgic for the show even when I was in the middle of an episode. Reed has pulled back somewhat on the callbacks this season, but they still pop up often enough for me to fear that, repeated often enough, any joke can become a dad joke. Archer may understandably have trouble settling into fatherhood, but hopefully he won't continue to sag into it.