As Advertised: Lavish and lurid, The Great Beauty is what it says it is 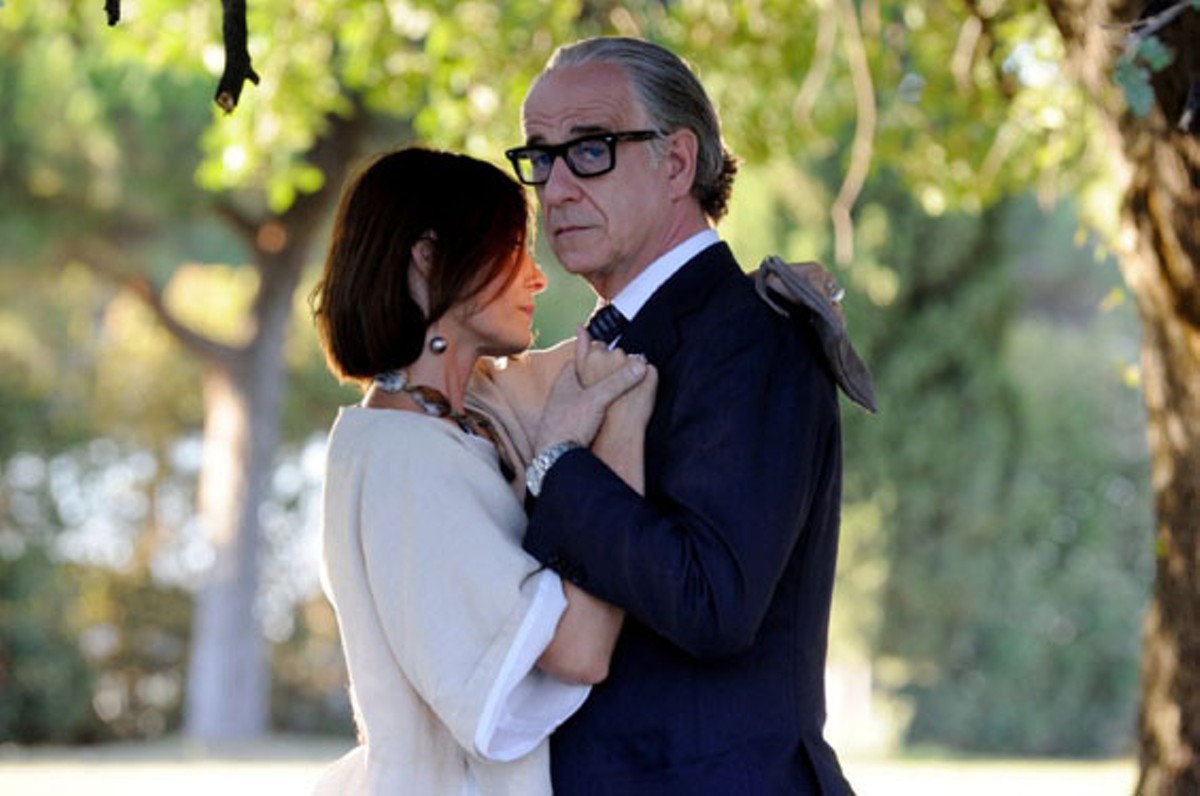 Still of Galatea Ranzi and Toni Servillo in The Great Beauty. Janus Films

As Advertised: Lavish and lurid, The Great Beauty is what it says it is

Some movies come barreling out of their caves like armies on the sociocultural warpath, self-consciously defining themselves as psychographic events, marking The Way Things Are Now and becoming part of history in the process. Given the ambition, we should embrace these rare explosions when they happen, even more so now perhaps than in the '60s, when such filmmaking hubris was thick on the ground.

Paolo Sorrentino's The Great Beauty blasts off from its very first plunge into the social stew of contemporary Rome, conscientiously reinventing Fellini's La Dolce Vita for the 21st century and nailing the city's chattering leisure class to the wall for all time. There's little sense in trying to resist the film's relentless boogie-woogie party vibe, its tumultuous visual banquet, its unpredictable sense of switchblade satire, its fools' parade of modern grotesques, or its river of startling melancholy, turning from a wary trickle to a flash flood by film's end. Sorrentino's vision is the size of Rome itself, and his confidence is dazzling.

It's only after a solid 10 minutes of social-fabric portraiture, Baz Luhrmann-but-beautiful montages, and fashion-show surrealisms that we first glimpse Jep (Italian everyman Toni Servillo), emerging from a sweaty nightclub throng (in slo-mo, as the dancers pulsate at hyperspeed) to light the first of a billion cigarettes. Our guide through this everything-old-is-new-and-old-again orgy, Jep is a classic high society pilot fish, a writer with an inflated reputation most concerned, even as his 65th birthday comes and goes, with staying up all night at the right parties and cynically occupying the sunset edge of a civilization in decline. Contentedly supporting himself with art-world superstar magazine profiles — and never entertaining the possibility of risking everything on a new book — Jep is the New Decadent, wading through a human sea of fakers, scammers, agents, salesmen, wastrels, trophy whores, and aristo-narcissists, an expansive platoon of characters that Sorrentino sketches in quick, vivid swatches and yet somehow imbues with sadness and loss, even as they're conga-lining around the swimming pool or settling in for a ceremonial Botox-injection party.

Servillo is a master of self-possessed absurdity, and Jep is a fascinating creation, a brainy, pink-jacket hedonist in a desperately self-anesthetizing Gomorrah who thought he might live forever and is only now realizing how evanescent he and his empty lifestyle actually are. (The scene in which he politely dismantles the personal mythology of a Communist Party TV pundit, uncovering every scandalous secret of her adult life, is superbly funny until it's grim and chilling.) With its radical shifts in perspective, its high-spirited buffoonery, its nonchalant Marcello Mastroianni hero, and its population of dwarfs, nuns, near-nude orgyists, and preposterous high-art charlatans, The Great Beauty positively flaunts its Fellini-ness, which is not nearly as irritating as some of the times Fellini did so himself.

La Dolce Vita — Fellini's bitter-sour survey of mid-century Roman media life and publicity sluts — remains as resonant and inescapable for fortysomething Italian cinŽastes as Scorsese's early films are for Americans; in Sorrentino's updated retool, the older film survives as echoes, giving Jep's adventures in the land of Roman neo-glitz an inescapable historical context and a deeper sense of menopausal horror.

The apocalyptic rue of Don DeLillo's novels comes to mind as Sorrentino's hyperactive camera etches a culture-wide fresco of an intelligentsia drinking, screwing ,and shimmying all the way to doomsday. (Of course Sorrentino seized the rather Herzogian opportunity offered by the half-sunk Costa Concordia ocean liner, regardless of its distance from Rome.) Rancid fun is made of Marina Abramovic, Mother Teresa, and Francesco Vezzoli, of the Vatican, high art, old money, and the Mob. Sorrentino spares almost no one except, oddly, Silvio Berlusconi. Jep finds and loses what he thinks might be love (with Sabrina Ferilli's voluptuous and laconic middle-aged stripper), but his arc sometimes gets lost in the hullabaloo. No matter — it's Rome itself that's dying, and though characters talk a good game about getting out and being free of the city's hollow madness, the film doesn't really end. It just escapes and gets lost in an adolescent memory of a beautiful girl.

It's about time Italian movies enjoyed a world-class renaissance, which Sorrentino finally, after several high-profile mediocrities (Il Divo, This Must Be the Place), joins alongside Matteo Garrone (Reality), Luca Guadagnino (I Am Love), Michelangelo Frammartino (Le Quattro Volte), and the autumnal acts of Marco Bellocchio and the Taviani brothers. So rambunctious and densely inhabited it's a movie you visit, not merely watch, The Great Beauty is also one of the greatest films about modern social dissolution, an epic art-film subgenre that may well have begun with Fellini's classic more than a half-century ago, and never gets old.