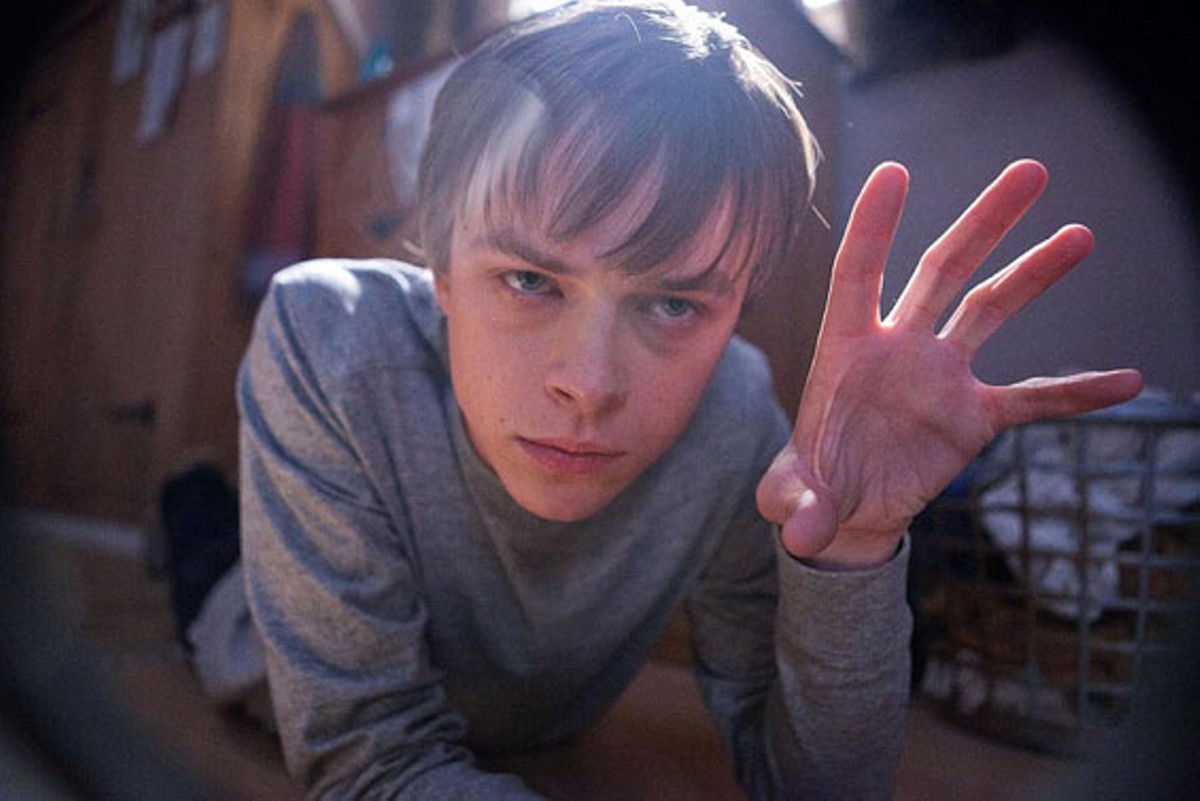 In our status-updated, YouTubed, and retweeted age of self-documentation, does the "faux-found-footage" genre — popularized by The Blair Witch Project; vulgarized by the Paranormal Activity franchise and cash-grabbing imitators — add commentary to the zeitgeist or merely more noise? And anyway, is there really anything left to say about a generation compulsively validating their (OK, our) lives with the digital equivalent of a territory-marking piss stain? Probably not. But as conceived by hot new screenwriter Max "Son of John" Landis and first-time director Josh Trank, Chronicle, with its found-footage storytelling and superpowered teens, at least playfully transcends its "Cloverfield meets Heroes" pitch.

Brimming with passive anger over his mother's terminal illness and his father's drunken abuse, right-brained Seattle loner Andrew (Dane DeHaan) buys a cheap camcorder and records every banal whim with his cousin and only friend, Matt (Alex Russell). Against the wishes of his more sociable cuz, Andrew brings his new tool of expression everywhere, including a barn rave that introduces perky blond video blogger Monica (Anna Wood) and her — or rather, the film's — second camera. Out in a valley behind the barn, Matt and unlikely new pal Steve (Michael B. Jordan), a handsome stud who's a shoo-in for class president, discover a peculiar hole in the ground and want to film it. "Have you ever heard of Plato's Allegory of the Cave?" Matt asks as the trio goes spelunking moments before the force of a pulsating, gleaming space crystal infects them with the ability of telekinesis. Like a muscle, the power strengthens with use.

The two-camera gimmick expands in the giddy, high-flying finale to include surveillance and crowd-sourced footage above and around the Space Needle, but draws far too much attention to itself. (How difficult must it be for professional cinematographers to fake amateurishness?) Still, Chronicle's premise provides a clever conceit to avoid ugly, handheld images: Andrew, perhaps ready for a Hollywood career, floats the camera around by the power of his imagination.