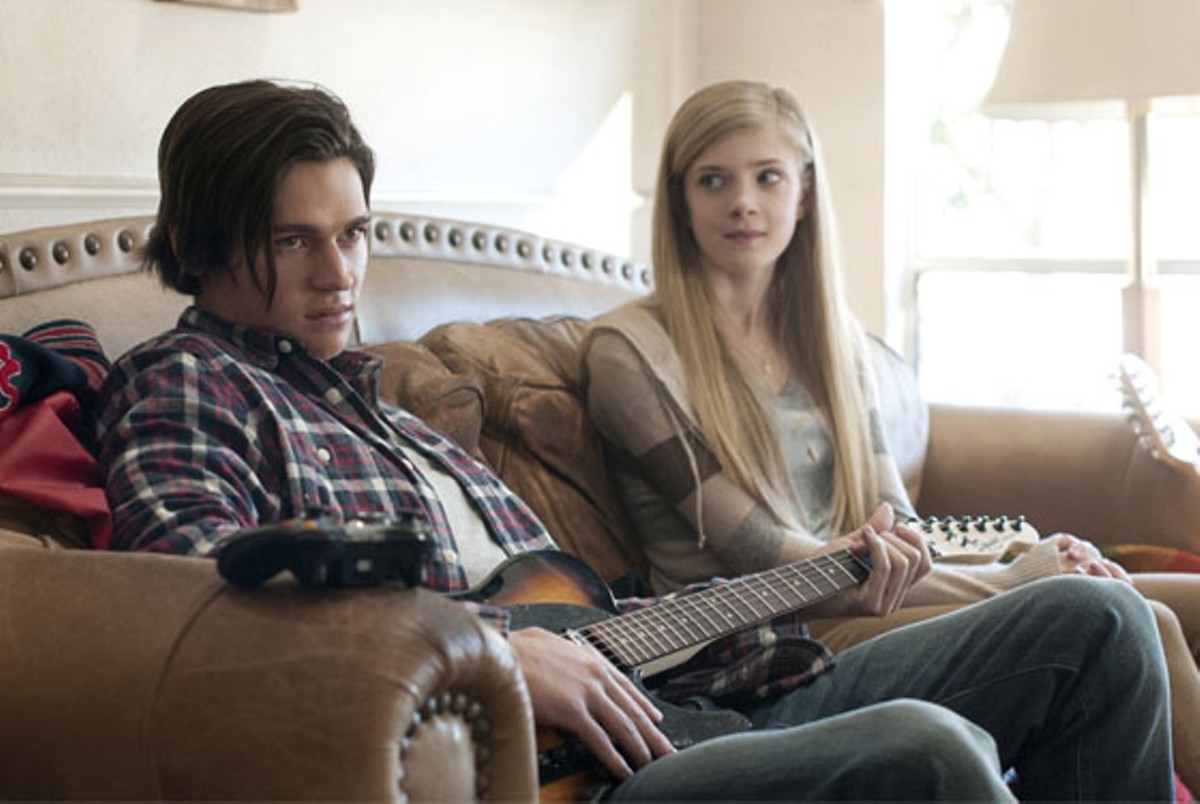 The tragedy of Jason Reitman's Men, Women & Children is that it was released the year it was made. A snapshot of today's cultural disconnection, in which Facebook, texting, World of Warcraft, and streaming smut lure people away from dinner with their families, the film's so current that its observations feel like alarmist accusations. In 2034, two decades of distance will give Men, Women & Children the weight of a documentary, the way that we now watch The Grapes of Wrath and think, "Steinbeck must be telling us how it was." He was and he wasn't. Truth is more powerful than fiction, but the most powerful thing of all is fiction that passes as truth — especially when the next generation can't tell the difference.

Unlike Wrath, the original book behind Reitman's film, Chad Kultgen's novel of the same name, is no Pulitzer Prize–winning portrait of America in crisis. But it's a decent, lower-stakes sketch. Where the Joad clan slaved for food and shelter, today's average family needs the emotional essentials: love, sex, conversation, and compliments. Instead of journeying to California, Americans today hunt online, shooting their pleas for companionship to satellites that then ping these prayers back to Earth for other hollow humans to answer — or not.

Here, we have a teenage virgin (Travis Tope) so obsessed with porn that he's hapless with a real girl; his father (Adam Sandler), who browses escort advertisements while daring himself to click "Buy"; and his sexually frustrated mother (Rosemary DeWitt), who flirts with men on a cheaters website and decides to test-drive the guys IRL. Around the corner, one underage cheerleader (Olivia Crocicchia) poses for demi-legal cheesecake shots that her mom (Judy Greer) sells to strangers — the girl is under the delusion that it will boost her acting career — while a second cheerleader (Elena Kampouris) clings to the pro-anorexia message boards that helped her shed her baby fat, and hopes her slimmer figure will help her charm the asshole she's crushed on for years. (Sadly, her delusion is common.)

Finally, there's the athlete (Ansel Elgort) who's become so obsessed with role-playing video games and his estranged mother's Facebook page that he's infuriated the whole school by quitting the football team, plus the one geek girl (Kaitlyn Dever) who doesn't care — and might even date him if her paranoid mother (Jennifer Garner, forever tight-lipped and tense) would stop erasing his chats before she reads them. Their jock-loves-goth romance is ripped from an '80s movie but flattened by today's technology. Instead of big, brave moments — think John Cusack hoisting a boombox — he merely taps out a sentence asking if she wants to hang. In return, she has a hard time ditching her folks to meet him for a date — her mother tracks her location by cell-phone GPS.

These are the little indignities we do to ourselves. And underneath these small shames is a whole secret world spoken only in text messages, which allow the characters to say things they wouldn't dare to aloud. Every so often, Reitman pans across a crowd scene and sprays the screen with every keyboard chat happening in the shot. We're meant to feel the desperate loneliness of the herd, as if the solution is everyone pocketing their iPhones and giving the nearest human a hug. But Men, Women & Children works better when Reitman risks a gag and allows us to laugh, like when Crocicchia's hot babe sexts horndog Tope while standing next to her mother at the mall, giving a bored eye-roll at the stock lines that turn dudes on. For her the exchange is just a dumb time-waster; for him, it's the hottest thrill of his life. They're sharing a moment, yet geographically and hormonally, they're miles apart — a gulf that's funny and true and so on-the-nose that it, too, gets an eye-roll.

In 2014, Men, Women & Children feels like a sermon. It's obvious and mundane, "Chopsticks" pounded on the piano. And it doesn't feel like the work of Jason Reitman, who made a sterling debut with a string of smart comedies: Thank You for Smoking, Up in the Air, Juno, and, best of all, Young Adult. Audiences didn't connect to Young Adult because they thought it was too mean. In response, Reitman's gone too soft. His last film, Labor Day, was a sap-headed, sepia-toned weepie. This one is colder, but it's still so earnest that our kneejerk reaction is to recoil.

It doesn't help that Reitman grandly opens and closes Men, Women & Children with a shot of the cosmos, as if to announce, "Behold! The story of our planet!" He undercuts the beginning by cutting from the Kepler-inspired music Carl Sagan blasted into space on the Voyager in 1977 to Sandler furtively masturbating before a computer. (Thanks for the cool gizmos, science!) He wraps by reciting a lovely piece from Sagan's A Pale Blue Dot, inspired by a photo of Earth the Voyager beamed back — the ultimate selfie. "There is perhaps no better demonstration of the folly of human conceits than this distant image of our tiny world," writes Sagan. And there is no more futile way to end a film than by reminding us that this zoomed-in picture is epically pointless — as is every movie, poem, book, and person. Sure, Reitman's right about the worst effects of the internet. But with that sense of scale, who cares?