Count Your Blessings: There's too much book in Bless Me, Ultima 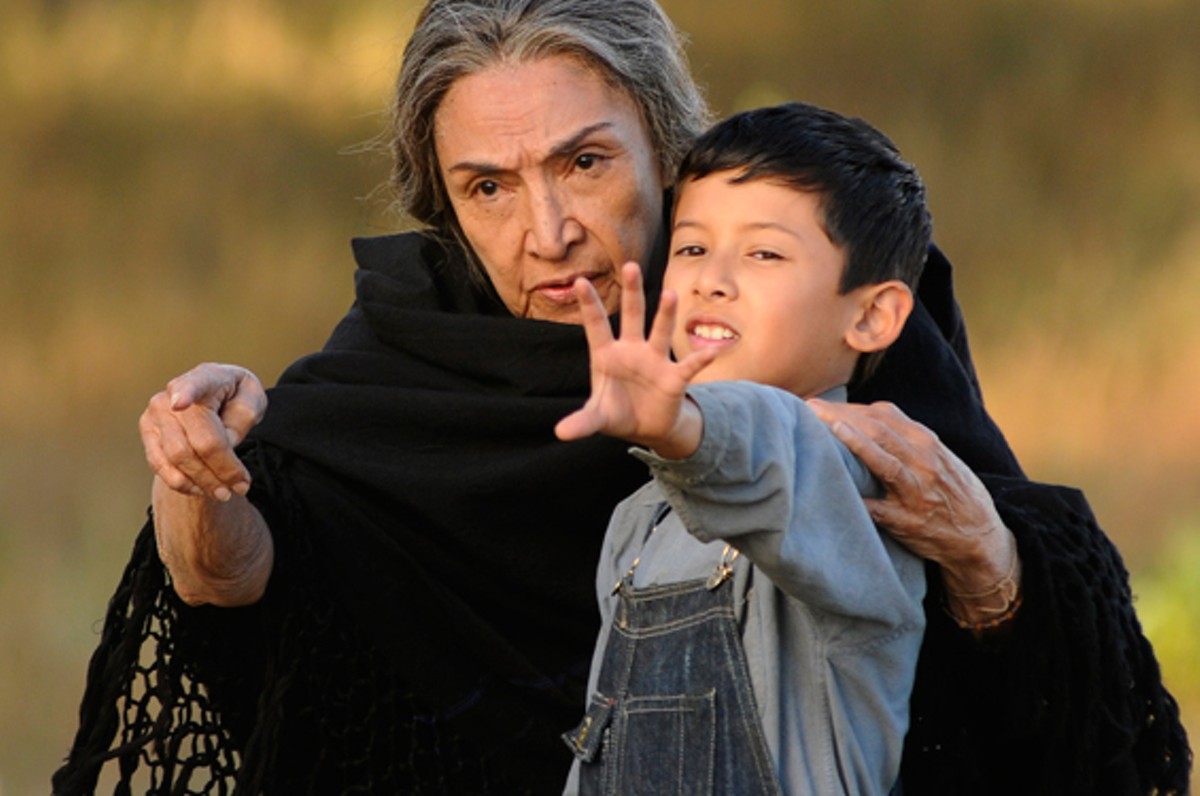 Count Your Blessings: There's too much book in Bless Me, Ultima

Why is there evil in the world?" That question and its corollaries are at the core of the film Bless Me, Ultima, whose seven-year-old hero, Antonio, wrestles with riddles that have likely stumped humans since we first stood upright.

Adapted for the screen and directed by Carl Franklin (One False Move; Devil in a Blue Dress; One True Thing; Out of Time), the movie retains the huge ambitions of Rudolfo Anaya's classic novel, a staple of Chicano Studies programs and multicultural reading lists since its publication in 1972. Both book and film celebrate spiritual practices that predate los conquistadors and Christianity, illuminating the ways that assimilation eroded cultural traditions while presenting the Latino community as a dynamic thread long woven into the American fabric, one representative of a people sharing the same dreams, struggles and patriotism as anyone else.

The film offers some wonderful grace notes, and a magnificent anchor in Miriam Colon, who plays Ultima, also called La Grande, a curandera who works with herbs and who communes with nature and the spirit world. Colon's performance and beautifully weathered visage convey the wisdom and fearlessness of one who has trafficked with and learned to respect forces beyond most human comprehension.

But Bless Me ultimately, and ironically, pulls up short because of its fealty to its source material. It attempts to shoehorn in all that the novel covers, which would take a miniseries to do justice.

The film opens in the summer of 1944, with the aged but formidable Ultima arriving in a small New Mexico town to live out her final days with the Marez clan, whose matriarch is from the Luna family. The Marezes include three sons who are away at war, two daughters and finally Antonio (Luke Ganalon), the youngest child and the one on whom the mother has pegged her dreams of having raised a priest. Almost immediately, Ultima is summoned by the Lunas to remove a fatal curse that has been put on one of the men in the family. Gathering her herbs and insisting that Antonio come with her, Ultima sets off, helping set in motion a series of events that will claim lives, reconfigure families and community, and have a profound lifelong effect on Antonio, who narrates the tale from the vantage of adulthood.

Franklin's film is more than serviceable, but he's hamstrung by his fidelity to the book, cramming in all the novel's concerns. Too many characters and subplots are flimsily sketched, with often thudding dialogue employed to do the work of character development. (Much of that talk comes off as New Age speak.) The result is a dilution of the tear-jerker impact that Franklin seems to aspire to.

That problematic reverence undermines the visual style as well. Crisply shot, Bless Me has an antiseptic beauty that works wonderfully in spots (Ultima, clad all in black, juxtaposed against a pristine blue sky and sweeping green field) but that often strips the tale of its grit and texture, even in moments of violence or dark emotions. It often moves and feels like a more polished take on the live-action Disney movies that used to play on Sunday night TV.

Franklin seems to be after the ways we gloss the past through nostalgia. At the same time, he is also trying to get at the ways in which the horrors of childhood can take on operatic intensity both at the time and in memory — hence the tale's rich, powerful villain does everything but twirl his mustache to convey his foulness. But the two tacks never really sync up, and neither quite serves the tale.

Still, there are moments in Bless Me that are poetic, underscoring Franklin's talents but also hinting at what the film might have been with more judicial shaping. The lead and supporting actors are largely fine, but some of the film's most potent scenes are those hinged simply on extras.