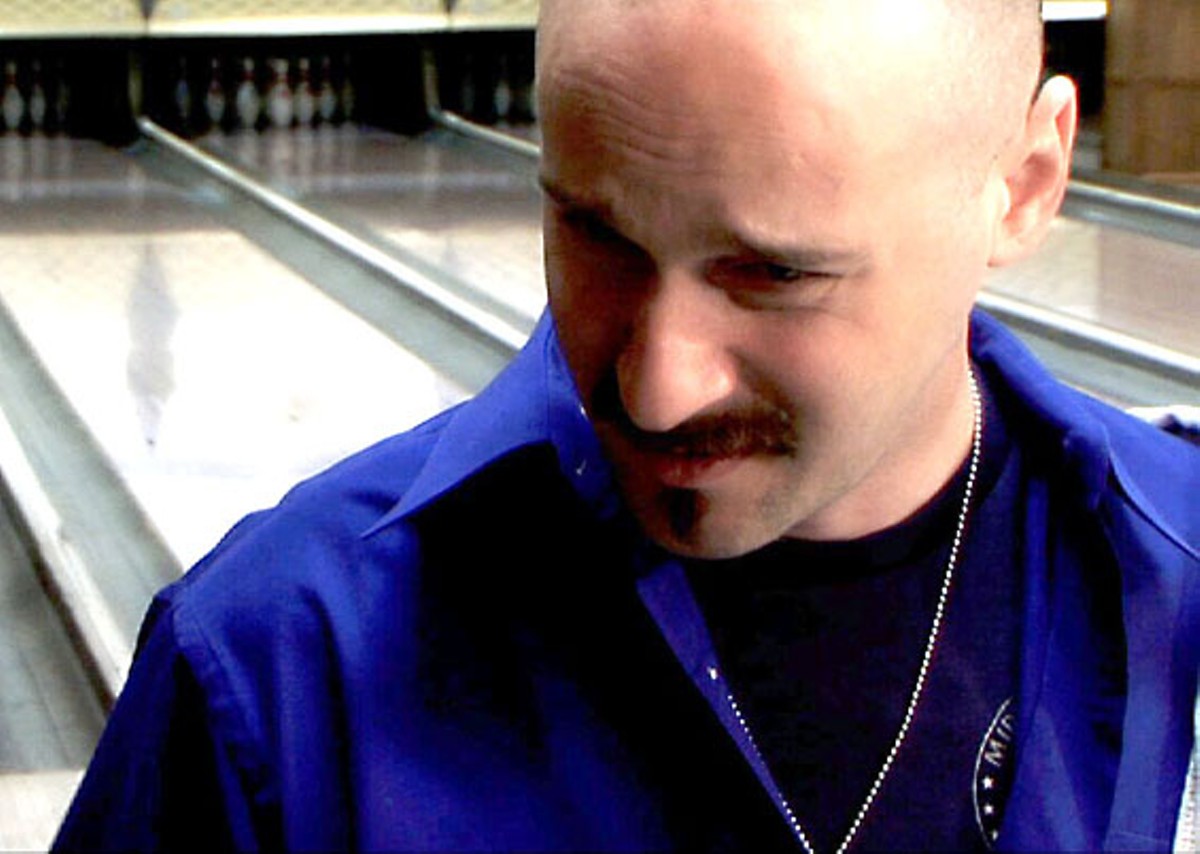 This thriller is pitched as a retelling of Mary Shelley's Frankenstein. But Eden, Iowa is really more of a meditation on the archetypal vampire story, with plenty of biblical references and a Brave New World-style twist. "The road to hell is paved with good intentions," St. Louis director Derek Elz tells us in the film's epigraph. But for Ed (played by Rob Gold) and Elizabeth Dittmer (Leah Berry) it's not so much good intentions that do them in as a host of problems beyond their control. Elizabeth is infertile. She also has a deadly form of blood cancer. And then there's Joe (Todd Gillenardo), a drifter who comes to town just as (duh dum!) the owner of Eden's bowling alley mysteriously disappears. Soon more of the town's residents are disappearing, Ed has become a suspect, and Elizabeth is having erotic-yet-creepy dreams about the increasingly bloodthirsty Joe. The pacing is too slow in the beginning, and while St. Louis-based Gillenardo is quite good as Joe, he's given some terrible lines. ("It's not personal; it's business," he says at one point, which might have sounded original in 1972.) By the time Joe says plaintively that he just wants to have babies, the audience will surely be wishing that the filmmakers spent less time setting the mood and more time rewriting the script. Locals should watch for an appearance by Saratoga Lanes; the Maplewood institution is perfectly cast as an old-school Iowa bowling alley.

Sarah Fenske is the executive editor of Euclid Media Group, overseeing publications in eight cities. She is the former host of St. Louis on the Air and was previously editor-in-chief of the RFT and the LA Weekly. She lives in St. Louis.
Read More about Sarah Fenske
Scroll to read more Movie Reviews & News articles (1)