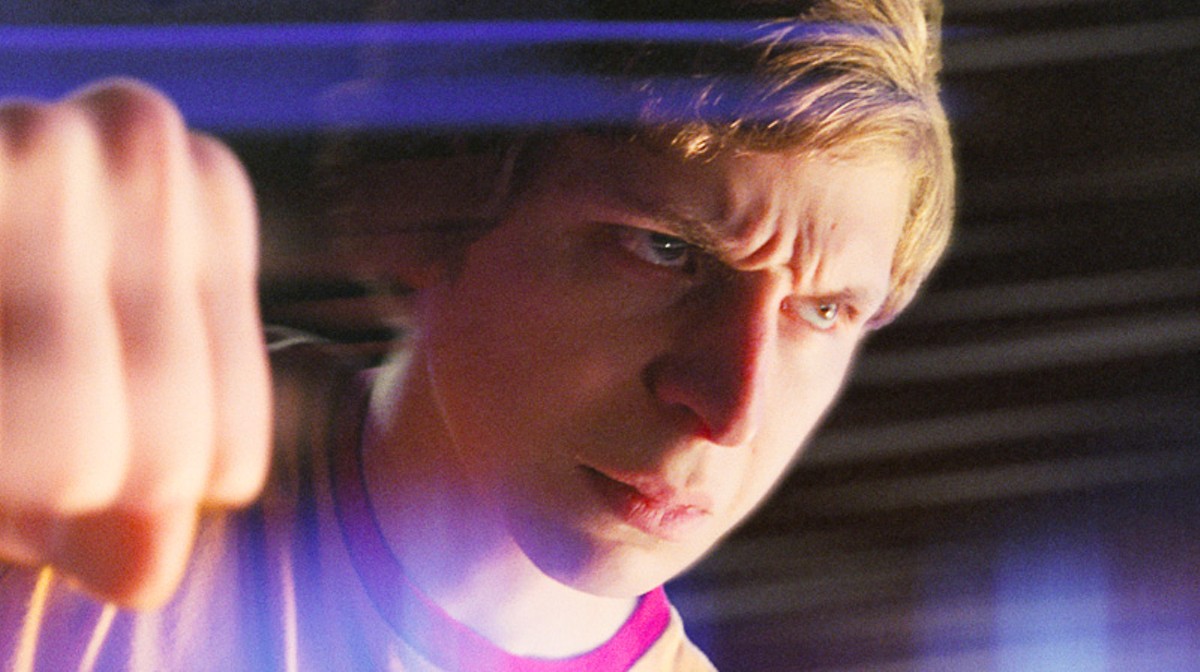 Not long after the release of Scott Pilgrim's Precious Little Life, the first manga-formatted comic in the now complete six-volume series, the movie rights were purchased from its series creator, Bryan Lee O'Malley, and preproduction began on what was to become one of the most interesting, daring, creative and successful comic book-to-film adaptations to date — all based on a character relatively unknown to the mainstream public.

Armed with a $30 million budget, director Edgar Wright (Shaun of the Dead, Hot Fuzz) gave the comic series new life in his adaptation, largely thanks to impeccable cast choices, wildly entertaining and creative fight scenes and his characteristic fast-cutting directorial style, mastering the techniques used in his previous films.

Nearly six years and five books later, Scott Pilgrim Vs. the World is attracting a new audience to the indie comic world. For, although comic book films are now a multibillion-dollar industry, indie comics inhabit their own universe and are rarely translated to the big screen. There are some exceptions — Ghost World, Persepolis, American Splendor, Kick-Ass — which all share one trait: minimal commercial success.

Aside from its obvious fan appeal, Pilgrim implores the 21st-century American citizen with first-of-its-kind freeform multimedia genre bending. Wright squeezes extraordinary detail from all six volumes of the manga/comic into 112 minutes, without seeming forcefully contentious. His quick cuts enable the passage of lengths of time in seconds and serves as a vehicle for comedic timing.

The film utilizes video game sound effects and visuals to escalate the fight scenes, quality music (largely written by Beck) to progress the drama and straight-from-the-comic information tiles/stat boxes to add background, humor and context to the characters.

Pilgrim highlights playful violence, video games, indie culture and grandiose superhero themes, all in the name of kickass fight scenes and young love. In order to win over Ramona, his new girlfriend, Scott must defeat her League of Evil Exes, including a grade school crush, twins, a girl from a bicurious "sexy phase" and a powerful club-owner/music-producer mastermind who has access to Ramona's thoughts.

The film's namesake (Michael Cera) is a freeloading, bass-playing 23-year-old slacker-hero whose heart has recently been all but destroyed by Envy Adams (Brie Larson), singer of immensely popular indie rock it-band, Clash at Demonhead. Scott's "precious little life" is a shallow cycle of sponging resources from his roommate, Wallace (Kieran Culkin). As the story begins, this cycle is supplemented by his newest love interest — the utterly innocent, feisty, seventeen-year-old Knives Chau (Ellen Wong), who hangs on Scott's every word and, more importantly, mindlessly worships his band, Sex Bob-omb.

Knives is quickly forgotten as Scott meets Ramona Flowers (Mary Elizabeth Winstead), who literally frequents his dreams, often to mock or degrade him, which of course makes her all the more appealing. While at a Sex Bob-omb show with Ramona, Scott is challenged to a duel. He then discovers the League of Evil Exes; he also learns that he should probably pay more attention to strongly worded e-mails.

In this role, despite what the trailer might imply, Cera breaks out of his typecasted character — the adorable, harmless boy next door. Although he endears us, he begins the story as a self-serving, heartbreaking semi-badass with few redeeming qualities. Jason Schwartzman's role as Gideon, Scott's nemesis, also shows Schwartzman stepping somewhat out of his typical role: He convincingly plays the evil sellout record executive who controls Ramona's thoughts.

The action and development are sprinkled with subtle details straight from the comic panels as well as literal humor. Todd (Brandon Routh), an evil ex who is also dating Scott's ex, Envy, is a vegan. He has "vegan powers," which he learned to use while studying at "vegan academy." Todd not only acts as a vehicle for putting pretentious vegans in their place; the fact that he's played by Superman from Superman Returns makes his "vegan powers" even more amusing — a pop-culture reference within a reference. Roxy Richter, one of the evil exes Scott must defeat, is played by Mae Whitman. Whitman also played Cera's love interest, the infamously bland Ann Veal, on Arrested Development.

The film is centered around music, whether it be Sex Bob-omb (whose songs were written by Beck), Clash at Demonhead, record-shopping, going to a show or simply by using great music on the soundtrack. Upon seeing Ramona at a party, Frank Black's "I Heard Ramona Sing" begins to play. When Scott stumbles upon a heartbroken Knives, the whimsical vocals of Emily Haines from Broken Social Scene's "Anthems For a Seventeen Year Old Girl" softly play — this is quite possibly the most perfect use of less than fifteen seconds of a song within a film, ever, even for a viewer unaware of the wonderfully literal title.

Never has such a lighthearted, playful film held such potential for cinematic impact. Pilgrim is among the most innovative film adaptations ever attempted, albeit not adapted from any one thing. Although the story is lifted from the comic series of the same name, the film combines elements of the pop subconscious into one fluid, attention-deficit friendly piece of entertainment.