Glass Is Undone by His Plot Holes -- and Its Ponderousness 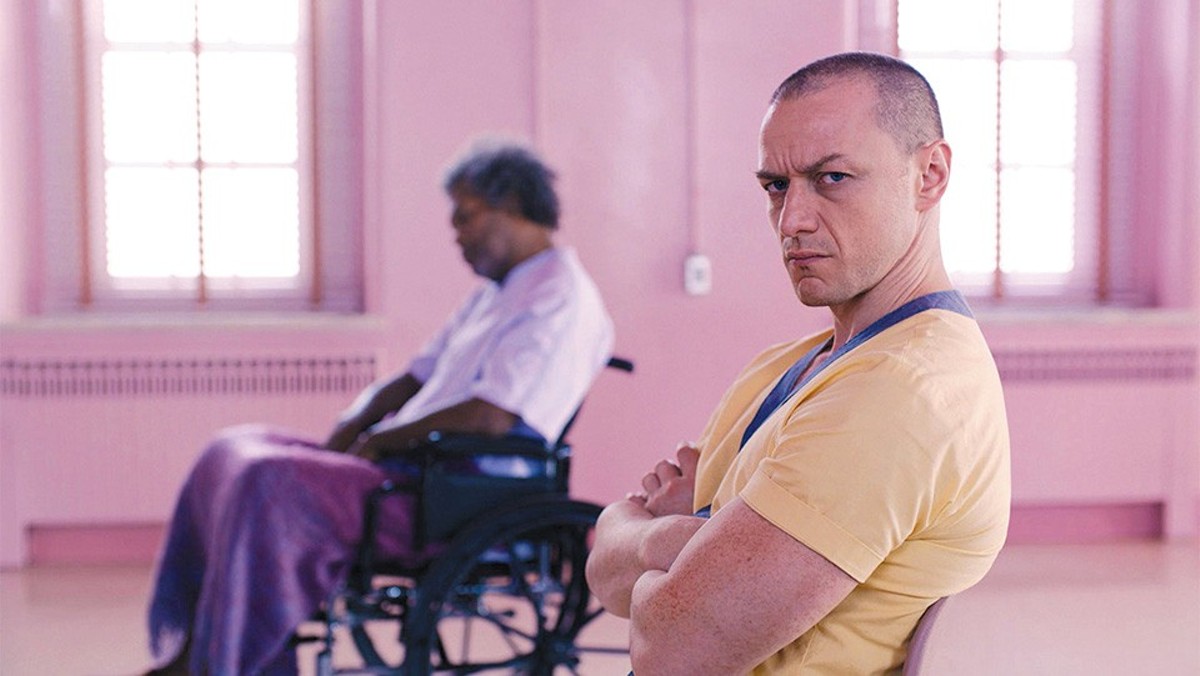 Kevin Wendell Crumb (James McAvoy) has dozens of personalities, but not one of them can save this film. JESSICA KOURKOUNIS - © UNIVERSAL PICTURES

What if superheroes — glances around conspiratorially — were real? Huh? What about it? When M. Night Shyamalan broached this matter almost twenty years ago with Unbreakable, it felt radical: He was taking matters of pulp fiction seriously. He was treating the idea of a superpowered crime-fighter not with cartoonish abandon but with dramatic gravitas. And it was mind-blowing.

Now, as the director completes his what-if-superheroes-were-real trilogy — part two was 2017's problematic Split — it's as if those intervening two decades never happened. Not onscreen: His world feels pretty static even as it's supposedly mirroring a real world that has morphed almost beyond recognition since the 2000 of Unbreakable. And not off-screen: Shyamalan seems not to have noticed that The Movies have caught up with the whole taking-comic-books-seriously thing, and he's still solemnly positing a notion that we've all long since agreed with and are already several steps ahead of him on.

It's sadly ironic that the earnest humorlessness of Glass throws into sharp relief the emotional and cultural vividness of the Marvel Cinematic Universe, which feels pretty real as it manages to grapple with weighty matters both political and personal, from mass surveillance to PTSD, without forgetting verve and wit. While the rest of us have been eagerly devouring stories about ethics and bigotry, nuances of good and evil, and the tragedy of meta humans and caped vigilantes, Glass is a ponderously zealous, faux-intellectual Comic Book Guy "well, actually"-ing us about shallow superhero tropes and cliches as if those are the most intriguing parts of these stories, instead of the junk to be waded through to get to the good stuff.

Glass trots out some of those ridiculous tropes and cliches with glee, as if lazy storytelling conceits used by pulp-fiction writers would also exist in a "real" world in which meta-humans actually existed. I wouldn't want to spoil them, so I won't describe them, but you won't miss them when they happen, because genius comic-book geek Elijah Price (Samuel L. Jackson) — also known as Mr. Glass, thanks to his brittle-bone disease — will clearly enunciate them for anyone listening. (Unbreakable had already established Mr. Glass as a brilliant villain, so we could call this "monologuing.")

Contrived is the last thing a movie that wants to be taken as "realistic" should be, and yet there's, well, not a bone in Glass that feels natural, authentic or organic. The slim plot of the movie involves getting David Dunn (Bruce Willis), the strong and invulnerable "good" vigilante of Unbreakable, and Kevin Wendell Crumb (James McAvoy), the man of dozens of fractured personalities including the "bad" Beast of Split, into the same Philadelphia psychiatric hospital where Glass has been kept for years. This is done under dubious legal strictures (which the film does not broach at all) and even more dubious medical ones by Dr. Ellie Staple (Sarah Paulson), who specializes in people who, as she says, suffer under the delusion that they are superheroes. Her treatment methods seem suspect, to say the least.

There's not a lot more going on beyond that. The movie has an overlong first act, no middle act, and then a rushed and unconvincing finale, where Shyamalan really starts to pile on the nonsense. Getting things wrapped up requires that security at this hospital be criminally terrible, that Glass' genius verges on precognition — which is not supposed to be his power, and there's no suggestion that it is — and that Staple's expertise is both far deeper than we might expect yet also far more laughably lacking than it could thereby plausibly be. One late scene involves her learning something pretty basic about superhero stories by overhearing two kids talking in a comics store.

Glass is meant to be a rational, grounded alternative to "fantastical" comic-book movies. It feels instead like an accidental, unwitting satire of geek culture, and in particular of that very narrow slice of nerdery that takes great pains to over-explain its passions to the point where all the ineffable fun is sucked from it. This is not the kind of seriousness that superheroes need.