I, Daniel Blake Gives a Masterful Look at Working-Class Britons 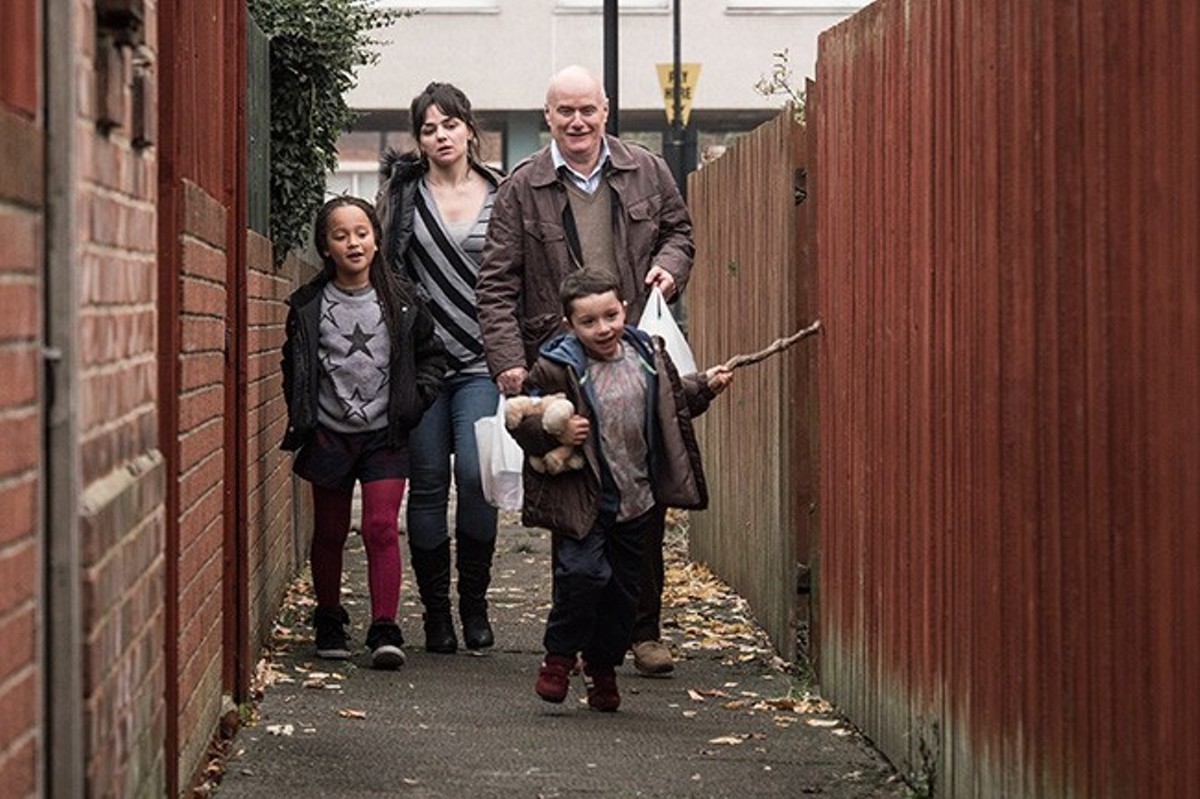 Katie and Dan (Hayley Squires and Dave Johns) struggle to maintain their dignity in an England that doesn't care about the working poor. ​PHOTO BY JOSS B​ARRATT. ​COURTESY SUNDANCE SELECTS

When Ken Loach released the impressive but under-appreciated Jimmy's Hall three years ago, he also announced that it would be his last film. After a half-century of directing powerful, socially conscious and occasionally even headline-making drama for television and film, Loach was ready to retire.

Watching the rise of right-wing extremism in Great Britain and elsewhere, Loach, a longtime activist and unapologetic socialist, realized he wasn't willing to take to a rocking chair and keep quiet, so he stepped back into his position as the English cinema's most outspoken defender of the poor and the working class. But don't call it a comeback: I, Daniel Blake, which won the Palme d'Or at last year's Cannes film festival, extends Loach's long line of compassionate, righteously angry movies. It's also one of the best films he's ever made.

Loach's titular hero, played by Dave Johns, is a 59-year-old woodworker, recently widowed. His once-productive days at work have been replaced by long hours answering redundant questionnaires and listening to hold music through the phone lines of Britain's social service agencies. Dan is recovering from a severe heart attack, and while his doctor has told him that he's not prepared to return to work, the bureaucracies of the health and unemployment system aren't so sure. He tries to navigate his way through the system with humor intact, but it's not easy. When he tells a case worker that he has no computer experience, he's told there's a special number he can call for assistance; he just needs to find it online.

On one of his typically fruitless waiting-room outings, he befriends Katie (Hayley Squires), a single mother who has just arrived in Newcastle after being homeless in London. Like Dan, Katie is stubbornly trying to preserve her dignity while living in poverty, starving herself so that her two children can eat. But for a brief period he breaks through her reserve, acting as occasional handyman and babysitter.

That brief description doesn't come close to covering the highs and lows of Paul Laverty's screenplay. Both Dan and Katie experience many ups and downs, though a lot more of the latter, as they continue the high-wire act of economic survival without a safety net. But I, Daniel Blake is less a film that follows a plot from beginning to end than it is a series of observations, sometimes warm and human, other times so bitter that the second time I saw the film I wanted to look away from the screen. There's not a false moment in the film, but there are many that are simply too truthful for comfort.

Loach is understandably critical of the seemingly indifferent social structures that fail people like Dan and Katie, just as he is angry about the economic injustice that allows poverty to spread unchecked.

But I, Daniel Blake is more than just a film of anger and outrage. It's also warm and funny, with genuinely appealing figures and superlative performances from Johns and Squires. Loach takes his material seriously, but he also treats his characters — all of his characters — with honest affection, allowing them the dignity that the political system tries so hard to take from them. It is a film of level-headed compassion, so open to humanity that even the simplest scenes (Dan working around Katie's apartment, or his casual encounters with his neighbor, a young man hoping to get rich selling knock-off tennis shoes) seem unexpectedly revealing.

Although Loach shows tragedy and hardship, he also shows compassion, a rare quality in contemporary films. As we stagger into the annual summertime parade of loud action films and dizzying comic-book adventures, the novelty of I, Daniel Blake is especially appealing. It's a film that simply respects humanity and reminds us that our real lives, regardless of their economic status or social standing, really do matter.