In the Oddly Emotional Chappie, Humans Are Weirder Than the Rapping Robot 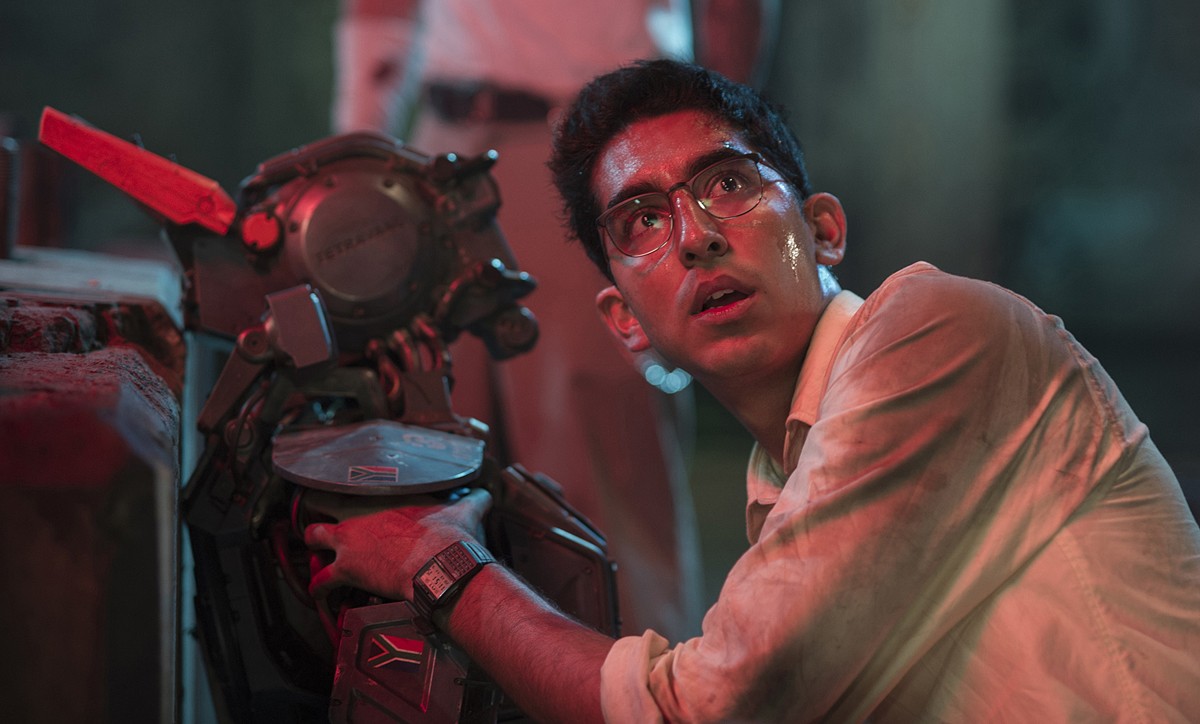 In the Oddly Emotional Chappie, Humans Are Weirder Than the Rapping Robot

It's an ironic truth that directors fascinated by robots tend to make inhuman movies. From Ridley Scott's Blade Runner to last year's Transcendence, these stories that ponder the gap between man and machine often reveal filmmakers unsure of where they fit in — they get so involved in the question that they forget to create real characters to ask it.

South African director Neill Blomkamp is a different breed. Since his debut, District 9, he's shown he knows where he stands: He's sided against Homo sapiens for being judgmental and cruel. His sci-fi flicks are thick with emotion, as though Rutger Hauer's dying replicant put down the white dove and picked up a camera.

In Blomkamp's latest, Chappie, he creates a robot martyr doomed to die for our sins. Shot in the heart — er, battery — in the line of duty, Chappie's innards have fused, leaving him only enough charge for five days of use. His corporate maker, Deon (Dev Patel), rescues him from the scrap heap and implants an experimental conscience chip, turning the bot into a newborn who has to relearn everything. (Voiced by Sharlto Copley, his second word is “chicken.”) But Deon must fight for custody against a trio of thugs who want to use Chappie's brawn to pull off a multimillion-dollar heist. And worse, Chappie's decided two of them (Die Antwoord's Yo-Landi Visser and Ninja, acting under those names) are his mommy and daddy.

Blomkamp and co-writer Terri Tatchell's script solders RoboCop onto Three Men and a Baby and sets the proceedings in a demented abandoned-building nursery/bootcamp where the guns, bricks and punching bags are all innocent pastels. Even the truly scary Ninja is covered in childlike doodles, his own, such as a tattoo of a boy with a massive penis. Ninja and the albino-mulleted Yo-Landi are alien screen presences, as weird as Blomkamp's actual aliens in District 9 and weirder than the ghetto-slanging Chappie, who's just another descendant in a long line of rapping robots and rapping grannies. For musicians, they act fine. Their fashion sense is the special effect, and Blomkamp lets them dress like themselves even when that means wearing their own band shirts, a conundrum of real-world and story-world logic that makes our brains overheat.

When Deon lectures Chappie, “You mustn't engage in these people's lifestyle choices,” parents in the audience will recognize the futility of controlling their kids' influences — especially when Ninja shakes his head, jangling his dolphin earrings, and sighs that Deon is turning his robot into “a puss.” Parents also will realize that Chappie isn't for kids. After a cloying early stretch, Ninja toughens up his robot by exposing him to the worst of humanity. By the time the battery-drained Chappie pets a dead fighting pit bull while begging, “Why did my maker create me only to die?” the film has cut open its own soul and is pleading with us to love it.

It's hard not to, despite Chappie's obvious faults. The plot is silly, the gears are loud, and good actors including Hugh Jackman and Sigourney Weaver are simply set loose to chew the scenery. But there's something fearlessly uncool about the film, which suffers mostly from being made 30 years too late. The sci-fi purists who will roll their eyes at it and go home and rewind their Verhoeven would have ranked Chappie as a classic if they'd seen it at the right emotionally scarring young age. After all, what movies and machines have in common is that both can be wired all wrong yet still work just right.