Jenny From the Classics Dept.: Jennifer Lopez's The Boy Next Door is as nuts as you hope it is 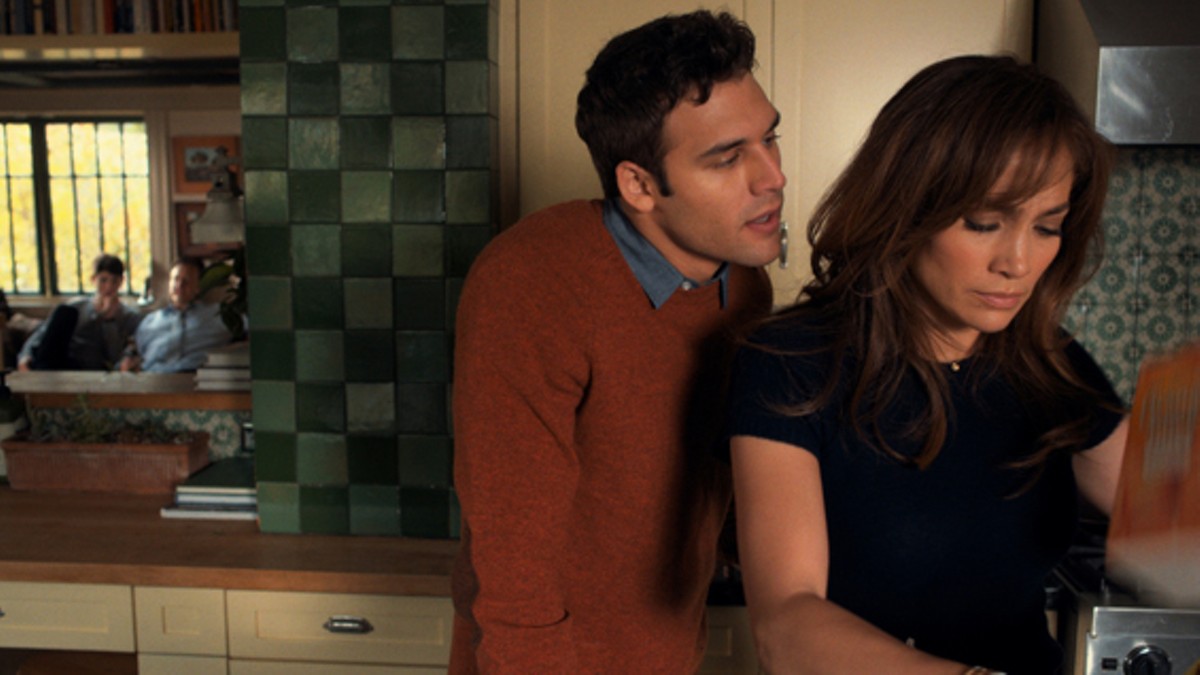 Jenny From the Classics Dept.: Jennifer Lopez's The Boy Next Door is as nuts as you hope it is

The most pleasurably ludicrous highlight of The Boy Next Door comes half an hour in, before the sex and murders and something's-in-the-mirror-behind-her! jolts that stud the film like Flavor Crystals. The high school English teacher played by Jennifer Lopez is dazzled by a gift from the handsome student (Ryan Guzman) who's moved in one house over: a gilt-edged copy of The Iliad, dating from what looks like the late 1800s. Lopez gushes: "A first edition!"

I had to wipe away a laugh-tear, but I'll give screenwriter Barbara Curry the benefit of the doubt. Teacher Lopez seems once to have been a classics major, and she specializes in Homer, so maybe she means that this is a first edition of one particular translation of this ancient poem. On this issue I'm willing to teach the controversy.

That's a fine solution in the scene itself, but it's hilarious later, when the neighbor boy goes full Fatal Attraction and tapes up printouts of a photo of that hookup all over Teacher Lopez's classroom. Amazingly, even when he's trying to destroy her family/career with public revenge-porn, the villain is still gentleman enough to select a shot where he's giving her a demure hand-bra. (The actual female nudity falls to a below-the-title up-and-comer, and was probably instrumental in getting the movie financed.)

So much of The Boy Next Door is hilarious. Lopez plays a pie-baking mom cuckolded by a husband who finds that Lopez, Western culture's living embodiment of sexiness, just isn't woman enough. Separated and unconfident, she mopes in filmy nightshirts in some science-fiction suburb that seems to have banned window blinds. Sometimes she peeps at that neighbor boy, a peak-level man-hunk whose abs you could sharpen knives against — and whom the movie endearingly asks us to pretend looks young enough to be one of her students.

That boy turns out to be a monster, of course. He worms his way into her life and family, proving himself good with garage doors and alternators, befriending her bullied son and making her feel like a woman again, which is the hardest bit to fathom: How could the consciousness that pilots and maintains the body of Jennifer Lopez ever forget?

No one could buy the gorgeous, charismatic Guzman as an angry schoolkid revenging himself against a world of "whores" who reject him — he's like the projected self-image of one of those GamerGate bros. And even Kristin Chenoweth can't believe herself as Teacher Lopez's bestie and her school's assistant principal, but she's funny in the role, giving the creaky old plot beats just the right amount of side-eye.

But the movie's not built for belief. It's built for dumb, shivery, sexed-up pleasure, and it delivers, albeit somewhat modestly. Here's a supremely attractive cast running through well-executed scenarios of seduction and terror, with a script that's smart about its genre's stupidities: The neighbor boy's crackpot speeches about the inconstancy of women feel of the cultural moment in a way the harpy misogyny of Glenn Close's assaults on Michael Douglas never did. Fatal Attraction's message — like many movies of the '80s and '90s — seemed to be "Crazy women ruin the lives of Michael Douglas–like dudes." The Boy Next Door's is more vital: "Dudes, chill."

What matters most, though, is that this is the rare by-the-numbers studio thriller that at least gets the numbers right. The twists come when you expect them, and many stirred an anticipatory laugh from the crowd at my screening: Oh, shit, he's in the house! Occasionally, director Rob Cohen's filmmaking is inspired, such as the long shot where Lopez, in the kitchen, prepares drinks for her son and husband, who are sitting on the couch with Guzman, all visible in the top left corner of the screen, far behind her. The boys watch TV, happy and glazed over, while Lopez, in the foreground, her face knotting up, hides her terror in domestic duty.

Wolfish Guzman plays wittily upon our fears of the underdeveloped empathy of overdeveloped young men. Built like Tatum but smiling like a shifty Franco, he smears the distinction between Boy Scout and alpha sociopath. Lopez is much better at panic and fiery resolve than she is at ennui. As the neighbor boy at last lashes out, Lopez comes to life, transforming from a distractingly miscast actress to effectively vengeful movie star. Once it stops asking you to believe Lopez as an everyday person, the movie becomes just what it should be: expertly crafted nonsense that brushes up against a truth or two. 