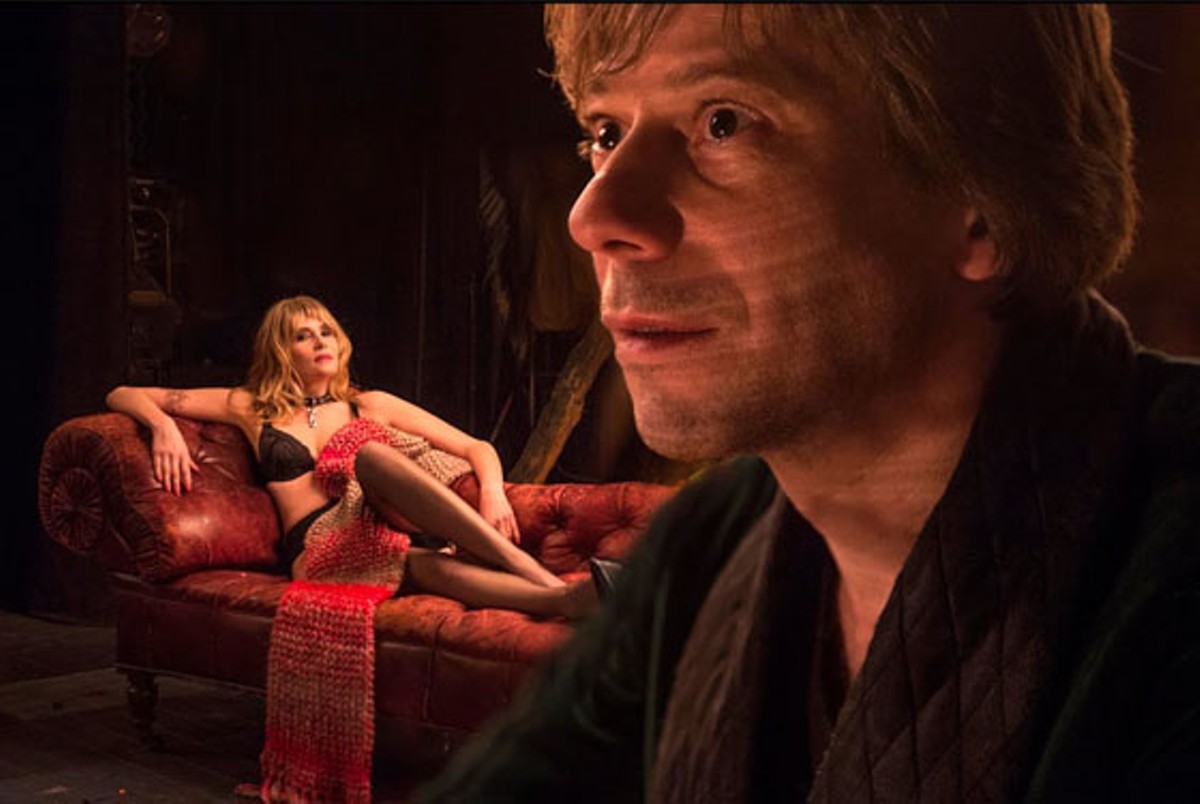 Plays adapted into movies always feel naked by the time they make it to the screen, their theatrical bones showing through in a most awkward and unbecoming way. That's more or less true of Roman Polanski's screen version of David Ives' Venus in Fur, in which a playwright and first-time director, Mathieu Amalric's Thomas, expresses exasperation over the number of shallow, gum-snapping actresses who have had the temerity to audition for his Very Important Play — only to be undone by shallow, gum-snapping Vanda (Emmanuelle Seigner), who understands his material better than he does.

You can see the big reveal a mile away; it comes vamping right at ya, with exaggerated, swaying hips. But Venus in Fur ends up being more fun than it promises, thanks to Polanski's light touch and unrepentant impishness. The picture is modest in both its goals and its scope: Like Polanski's last movie, Carnage, also a filmed play, Venus in Fur takes place in just one room, this time a theater. But unlike Carnage, in which two sets of parents get together to hash out a schoolyard altercation between their respective sons, only to bare their own barbaric personalities, this show has some juice. Even as Venus in Fur talks out its ideas, you can still make out the curvy shape of eroticism beneath its surface; Polanski, instead of stressing its themes, traces them out with a free and flowing hand.

Venus in Fur begins with Thomas complaining loudly via cell phone about the quality — or lack thereof — of the actresses who have trooped in to read for his play, an adaptation of Leopold von Sacher-Masoch's 1870 novel Venus in Furs, about a man so consumed with sexual longing that he begs his love object to make him her slave. Thomas is about to pack it in for the day when one more actress bursts, breathless and rain-damp, through the theater doors. Vanda is brash, chatty, vaguely blowsy; she's a little sleepy-eyed, like a barmaid who hasn't been getting enough rest between shifts. Beneath her rain gear, Vanda wears a dominatrix's stocking-and-bustier getup. She's also brought a costume she believes is suitable for the character she's hoping to play, a haughty Austro-Hungarian Empire babe known as Wanda: From her Mary Poppins bag of tricks, she pulls a rather tatty-looking yellow dress, its cascades of ruffles artfully placed to frame both derriere and décolletage.

At first, Vanda, with her chalky black eye makeup and smeary red lips, looks too tawdry to fulfill Thomas' ideal; she's trivial and actressy, with none of the depth he's looking for. Thomas doesn't even want to let Vanda read for the part, and we barely see the moment he agrees to it, as he doesn't consent so much as stumble in the sights of Vanda's razzle-dazzle stun gun. But moment by moment and scene by scene, Vanda insinuates herself into the role, wholly mastering the power game at the heart of Thomas' play. That bedraggled dress, which Vanda freely admits she picked up in a thrift store, turns into a regal garment before our eyes, though it can't match the audacious sexual grandeur of the woman wearing it. Thomas responds in the only way possible: He blinks at her like a field mouse.

Ives' material, purportedly exploring dark sexual gamesmanship, might not cut as deep as it thinks it does. Its ideas are clever and intriguing, but as with the play Thomas himself is mounting, its power depends on the ferocity and humor of the actors. Seigner and Amalric are so much fun to watch: Seigner, at first such a coarse, graceless goofball, ends up skimming along on a current of menacing allure — her feet, at one point shod in thigh-high boots, barely seem to touch the ground. And Amalric, with his smallish frame and alert, highly focused gaze, has the same forest-creature intensity of the young Polanski. Thomas is arrogant and driven, but Amalric also clues us in to the puniness of his vision: We can't wait to see him taken down a few pegs (or many). Polanski orchestrates this cat-and-mouse game with devilish delight, dancing around Ives' play as if it were a pagan bonfire, jabbing at it with his figurative pitchfork. He takes Venus in Fur about as seriously as it ought to be taken. Instead of fanning the flames, he seems perfectly happy just to watch the sparks fly.