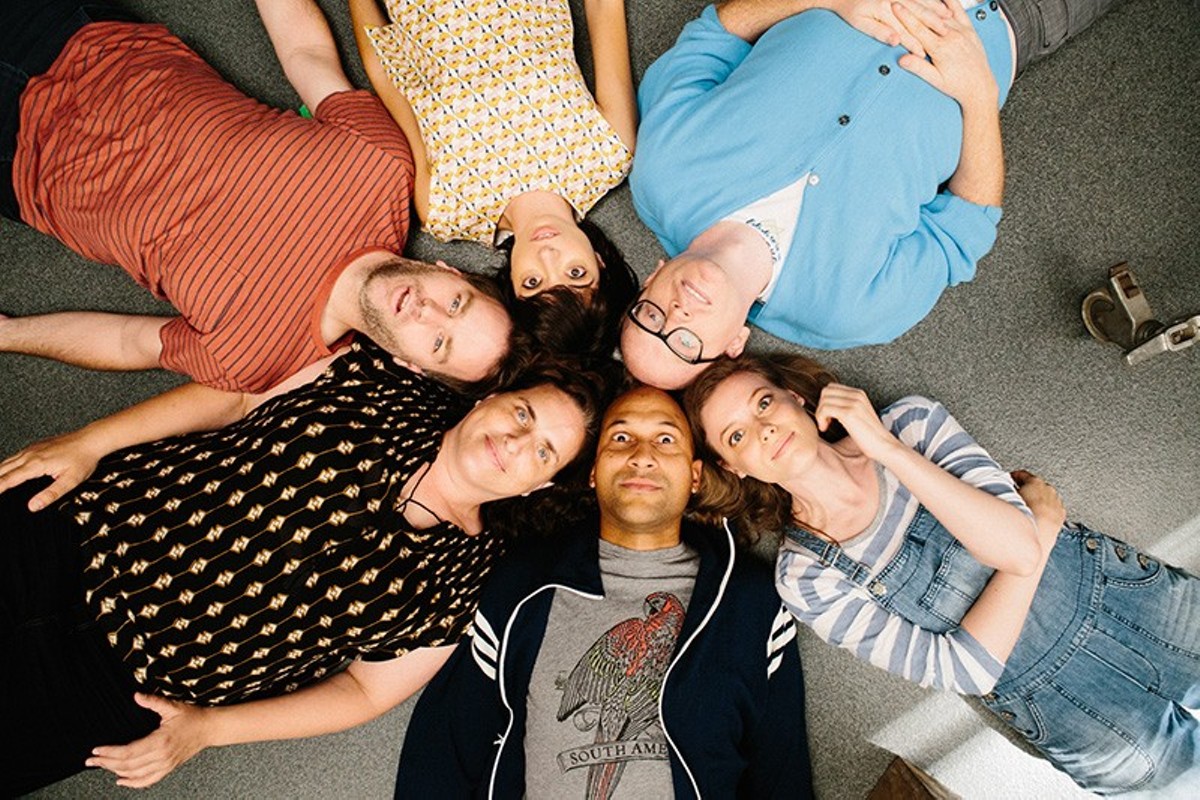 The alt-comedy scene is here, but the ensemble lacks a leader. COURTESY OF JON PACK

Comedian/monologist Mike Birbiglia has established himself as a bemused observer navigating the pitfalls of ordinary life like a contemporary Stan Laurel. In works such as Sleepwalk With Me, an account of his struggles with a sleep disorder written first as a one-man show and later reworked into a book and a film, Birbiglia has shown that his best subject is himself, artfully describing personal events as if slightly removed from them and capturing the mundane with a kind of gentle surrealism. Birbiglia's humor is so thoroughly tied into his own voice that it made the film version of Sleepwalk a little disappointing. It was almost pointless to see the narrator interact with other characters when he had already told their stories so well on his own.

With his second film, Don't Think Twice, Birbiglia moves beyond the subjectivity of his earlier work with uncertain results. It's an ensemble piece about the declining fortunes of an improvisational comedy group, the Commune, whose members are challenged by a closing theater, personal struggles and internal rivalries. It's a film about a group coming apart at the seams, but is disappointingly loose at its own.

Don't Think Twice begins with a very brief account of the history of improv comedy, which mostly means explaining a few of its long-standing rules ("say yes," "it's all about the group" and "don't think") accompanied by footage and photos from Chicago's Second City in the early 1960s and its Toronto sister company in the mid '70s. Why nothing more recent? The elephant in the room — and the closest thing to a villain in the film — is a certain late-night television show known for recruiting improv talent. The major narrative line in the film comes when Commune member Jack (Keegan-Michael Key) is hired by Weekend Live, a TV show whose internecine rivalries and repetitive catchphrase-driven sketches are the antithesis of the Communal spirit. As the film proceeds, it sometimes seems as if disliking Weekend Live is the only thing still keeping the improv group together.

With its emphasis on backstage squabbles and creative collaborators falling apart, I suspect that Birbiglia's inspiration was This Is Spinal Tap (itself a product of improvisation). But where that 1984 film took pains to accurately pin its rock & roll background, what Commune performances we see are unimpressive and abrupt. Birbiglia doesn't show enough of the performers to make it clear if they're particularly good at their work; many of the performance scenes are inserted simply to show the team's frustrations dealing with an audience raised on Weekend Live. But without a strong sense of the actors functioning as a group, there's not much at stake when they begin to fall apart. We see the separate lives of each member, but not enough of what holds them together.

Birbiglia is willing to be a team player here, to share the stage and support the other cast members just as an improv player would, and even to cast himself in a bad light. The cast members, most of whom come from various branches of the alt-comedy world, invest a great deal of energy, but they come off as less than an ensemble and more a group of supporting players waiting for the leads to show up. The problem with Don't Think Twice isn't a lack of energy or sincerity or even enthusiasm. It's something that any improv player could appreciate: Sometimes, in spite of everybody's best efforts, there's simply not much material to work with.