The movie, which plays SLIFF next week, follows brothers who kidnap a witness set to testify against their father 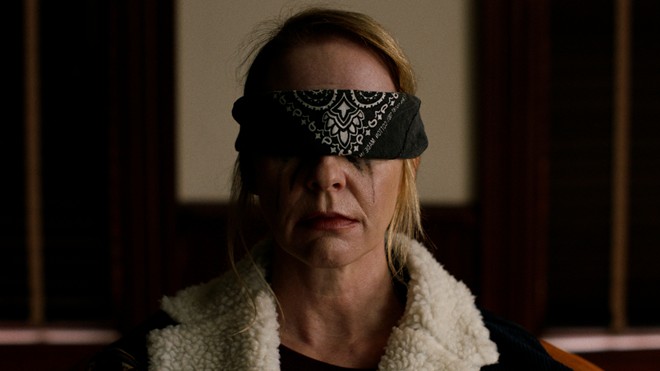 Courtesy Cinema St. Louis
Jason Abrams had to trim 30 pages and the film's scale when things went sideways during the COVID-19 pandemic.

Jason Abrams’ dream was about to come true: He had a script, a crew and funding, and he was poised to return to his hometown, St. Louis, to direct his movie. It was January 2020, and the project was set to begin in March.

But, like so many best laid pre-pandemic plans, this one never materialized.

“It was like a whole odyssey,” he says. “We lost all of our funding. We had to start completely over.”

Abrams rewrote the script — trimming 30 pages — and figured out how to make things work with a lot less money while keeping people healthy. By September 2021, he’d completed it. The resulting film, Hungry Dog Blues, played at the St. Louis Filmmakers Showcase where it cleaned up, winning awards for Best Sound, Best Screenplay, Best Actress, Best Direction and Best Drama.

Cinema St. Louis also invited Abrams to show his film at the St. Louis International Film Festival, which starts next month. “It was super wild,” Abrams says. “It was our shot, and I wanted to take it.”

Set in rural Missouri, Hungry Dog Blues is a 75-minute neo-Western crime thriller that follows two half brothers who kidnap a witness set to testify against their father. It’s a story about morality and how far we will go to protect those we love.

“I really gravitate toward [stories about] the ambiguous nature of people,” he says, “and how we're willing, as people, to cross certain lines when we feel justified, and nothing feels more justified than protecting your loved one, specifically your parents.”

Born in St. Louis city, Abrams and his family relocated to Eureka, where he attended high school and watched a lot of movies — up to five a day. He did theater in school, creating “awful” trailers for the school plays. He then attended Loyola Marymount in Los Angeles and worked in the industry.

“St. Louis, and Missouri specifically, it's the landscape of my imagination,” Abrams says, explaining that he felt like it was his opportunity to depict the Midwest in a way that hadn’t been done before.

Making the film here under difficult circumstances meant Abrams and others had to be scrappy to make things work. But he and the crew, many of whom lived here, got a warm welcome while filming in Foristell, which helped immensely.

The film’s cinematographer still talks about the burgers — and the local friends — at the bar they’d frequent, T & D Tavern.

During the 21 continuous days of acting and directing, Abrams says that it was things like that which made the difference.

“We had a ball,” Abrams says. ‘It was super, super hard. It was the hardest thing I’ve ever been through.”

Catch Hungry Dog Blues at 6:30 p.m. on Friday, November 4, at the Gallery 6 Cinema (30 Saint Louis Galleria) as part of the St. Louis International Film Festival. You can find more details at cinemastlouis.org/sliff/hungry-dog-blues.