Filmed in St. Louis by a St. Louisan, Million Dollar Razzle Dazzle follows a man as he competes on a game show to save his friend's life during the AIDS crisis 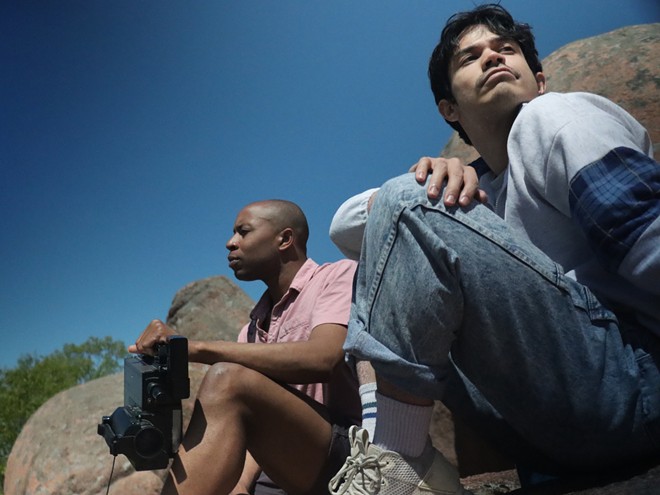 Throughout the COVID-19 pandemic, Dan Steadman kept hearing similar sentiments: Americans have never lived through a pandemic in our lifetime, so this is why we don’t know how to deal with it. It’s why we don’t understand vaccines.

But, he thought, what about AIDS?

Steadman stewed on this thought and then took action with the tool best available to him — filmmaking. The result of his efforts, Million Dollar Razzle Dazzle, debuted late last fall at two area movie theaters. It is now available to stream on Amazon Prime Video.

Set in the late ’80s, the film tells the story of contestants on a game show, Million Dollar Razzle Dazzle a.k.a. “The Most Luxurious TV Show in Ronald Reagan’s America.” The main character is Dwayne, a St. Louis man who is competing in order to win money to help a friend Kyut. Recently diagnosed with HIV, Kyut needs money or a car to make his way to Mexico to obtain the experimental drug cocktails that were the main treatment option at the time.


Steadman, a veteran director who has made 12 features with his production company and acting school Circa87, had never previously considered making an AIDS movie because of all the powerful storytelling, such as Angels in America, that already existed. He’s quick to note that Million Dollar Razzle Dazzle isn’t only an AIDS movie though.

It’s a New Year’s Eve movie — Kyut shares his diagnosis with Dwayne with fireworks in the background. It’s a movie about a “tacky ’80s game show'' that's funny and fun at times, also following the stories of a host having a “kinky” affair and a male model. It’s a story about friendship in the LGBTQ community.

“I think a lot of people outside of my community don't realize that we can just be friends and that we can really be a support system for each other,” Steadman says. “And that when we talk about the LGBTQ community, we're talking about a real community of support and love, and that it's not always built around sex.”

It’s also a personal story for Steadman. During the height of the AIDS crisis, he was growing up with a father, a Baptist youth pastor, who “felt that all gay people should go to an island and kill each other with AIDS.”

Being so young, Steadman only understood a small fraction of the crisis. But later, he experienced something of that time’s terror while living in Los Angeles and working in the industry there — when he was misdiagnosed with HIV. 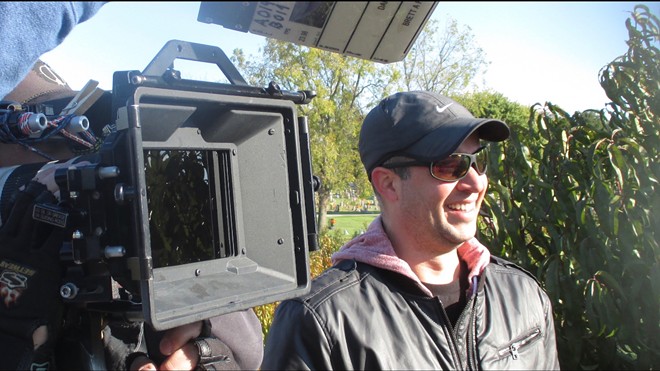 Steadman didn’t rely on his own experience though. He also dove deep into research, through films and books — such as Borrowed Time by Paul Monette — about the AIDS crisis, with the help of local historian Steven Louis Brawley and the State Historical Society of Missouri, and by talking with people who have lived through that time. He was also able to include voices from the Gateway Men’s Chorus, who recorded the closing song that was composed by Steadman and Geoffrey Burch.

Steadman shot the film over the course of six months, using his students from Circa87 as his actors, writing toward their strengths or choosing to challenge them with their roles. He also filmed a pivotal New Year’s Eve scene on New Year’s last year in Grafton, Illinois, with a group of open-call extras. 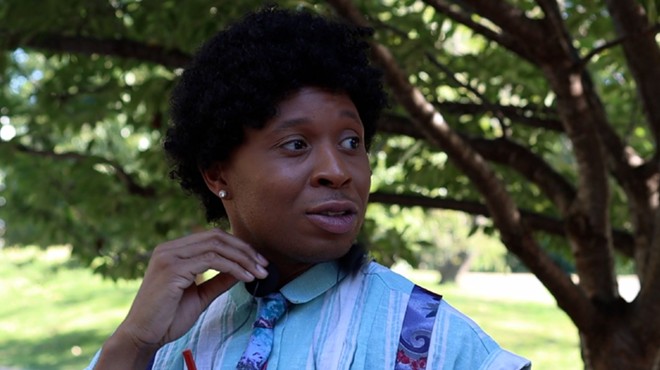 
“It's very nerve-wracking because you've got a very limited time to get your shots because you're working with fireworks,” he says.

Most of the movie was filmed much more intimately, though. For the most serious moments, Steadman closed the set, only allowing a handful of people in the room. He often filmed from far away with a long lens so the actors would have privacy and not be distracted by the moving parts.

But despite the inherent sadness of the topic, Steadman says Million Dollar Razzle Dazzle has some lightness to it. Several of the storylines are comedic in tone, and then there’s the ’80s itself. He insisted on vintage, authentic clothes and shot many of the scenes in buildings from that era, including in the Lincoln Theater in Belleville, Illinois.

That was also one of the two places where the movie debuted in September. Finally showing the film was a great moment. “It felt so good to finally have it up on the big screen,” he says. “I always think of them as my children since I don’t have any, and it might be a little bit like sending that kid off to college — that’s what it felt like, almost tear jerking, because you’re going to miss them.”