Like the foreboding, swooping helicopter shots above Glacier National Park that open Stanley Kubrick’s 1980 horror classic The Shining, overhead shots track a lonely car crawling through the mountains to a remote highway rest area in the woods. There, five strangers ride out a snowstorm in No Exit, the latest from Australian genre-bender Damien Power, whose last film, 2016’s Sundance breakout Killing Ground, was a master class in dread and Henry: Portrait of a Serial Killer level villainy.

The resolute lead in No Exit is model-turned-actress Havana Rose Liu as Darby, a recovering drug addict who has fled her Sacramento rehab to reunite with her mother, who’s been taken to a Salt Lake City hospital.

But like Marion Crane in Psycho, bad weather and a detour prove deadly when a blizzard waylays Darby to that isolated rest stop, where the group therapy dynamic in rehab is echoed in a congregation of strangers, each with their own agenda and neuroses. There, a Marine vet (Dennis Haysbert), his nurse wife (Dale Dickey), a greasy-haired creep (David Rysdahl) and a hottie with melty puppy eyes (Danny Ramirez) all shelter from the blizzard. Venturing out into the cold to search for a cell phone signal, Darby discovers a kidnapped little girl locked in a van, which cues a cat-and-mouse game to find out which of her temporary roommates has abducted the child.

Viewers can stake their bets on who among the strangers is the baddie. A script by Andrew Barrer and Gabriel Ferrari, adapted from the 2017 novel by Taylor Adams, tries to keep things moving until it eventually just flips the table in a fit of pique, throwing logic out the window.

Beyond the innovation of casting its resilient, kick-ass female lead with an Asian actress, No Exit doesn’t do much else with the thriller genre, a disappointing shift from the high-water mark of Tasmania-born Power’s debut shocker Killing Ground, which tread similar storytelling ground to No Exit, including a steely heroine let down by the men around her who has to take matters into her own hands. That film featured a classic pair of joined-at-the-hip killers — the rapist weak link and a psychopath bully pulling his strings — chasing a family and one plucky toddler through the Australian woods. Letting Power put his own writing chops to work in his American debut might have vastly improved No Exit, which has a hard time ratcheting up the tension and creating the kind of dread that made Killing Ground such an unrelenting nail-biter.

No Exit’s script ladles on the usual plot twists and body horror, introducing new, grisly ways to assault flesh and bone. But the tension is lukewarm. The script relies on a string of increasingly dopey implausibilities that require too heavy a lift in suspending audience disbelief, as well as a foe not up to the task of inspiring genuine terror. Liu gives a serviceable performance as a rebel in a Sonic Youth t-shirt rolling her eyes at the self-aggrandizing addicts in her group therapy. Darby hails from a long line of transgressive women who battle monsters with ferocity and pluck to match even the epic “final girls” of ‘70s horror like Halloween and Friday the 13th. But the script doesn’t offer this young actress the support she needs to make her final girl showdown as cathartic as it should be.

It’s a pity, considering Power’s directorial chops and skill for adding new elements to the survivalist horror genre, as in Killing Ground, which joined other backwoods classics like Eden Lake in pairing two genuinely sympathetic young lovers on a misguided camping trip with a disturbingly twisted horror plotline. Australian independent cinema has long delivered freaky psychological horror, and has milked a Deliverance-style city-folk-in-the-outback tension since 1971’s Wake in Fright all the way through to 2005’s Wolf Creek.

Hopefully for his next go-round Power can get back to his indie Aussie horror roots. 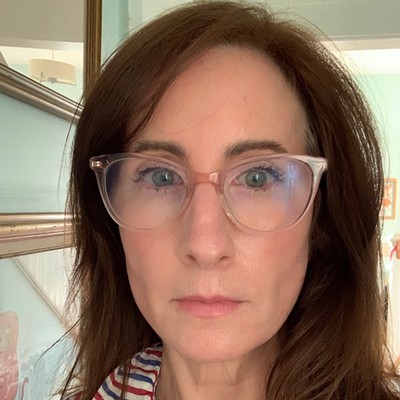 Felicia Feaster is a managing editor at HGTV and an award-winning art, lifestyle and film writer whose work has also appeared in the Economist, Elle, New York Press, Playboy, Travel + Leisure, Art in America and the Atlanta Journal-Constitution where she has served as the art critic for the past nine years. She...
More
Scroll to read more Movie Reviews & News articles (1)
Join the Riverfront Times Press Club