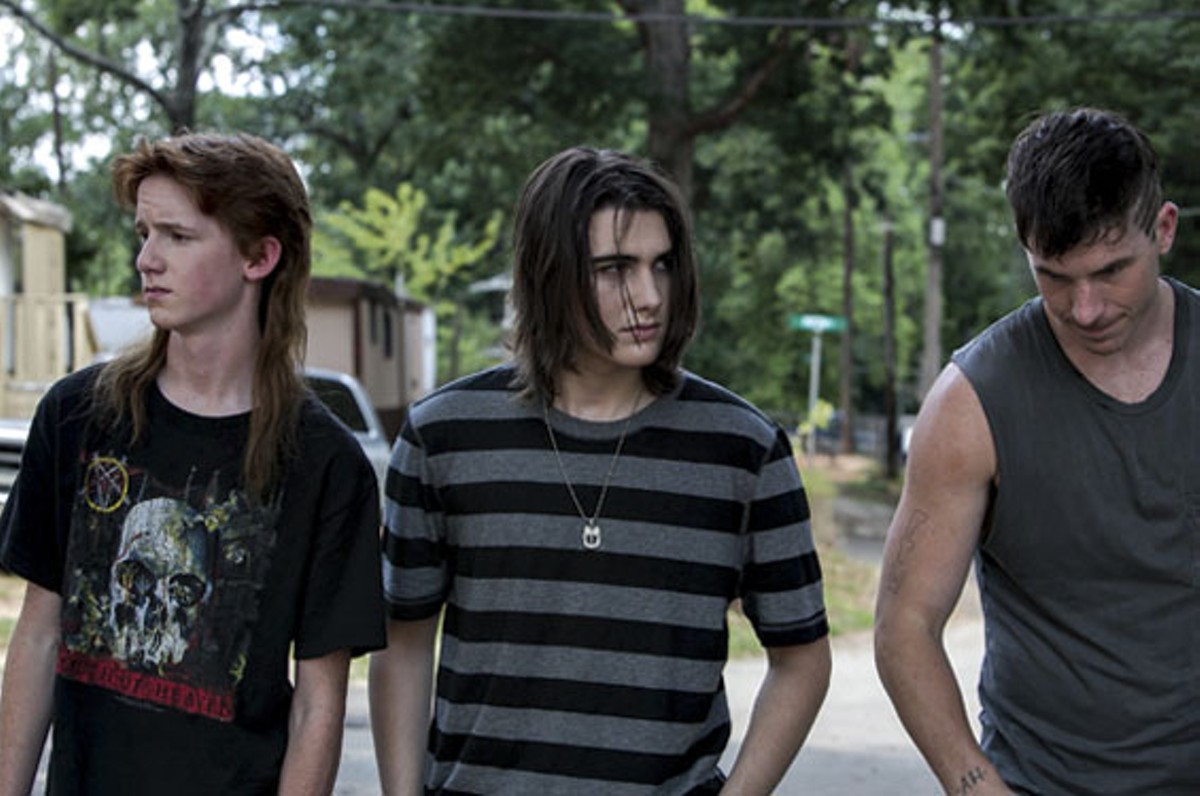 Jason Baldwin had already been in prison for several years when his friend Mojo shook him awake at 2:30 one morning. "My first thought was, 'I hope he's not taking me for an escape, because I don't want to get killed,'" Baldwin recalls. Instead, Mojo led him without explanation to the visitors' room, where he bought Baldwin a Mountain Dew and a microwave burrito and planted him in front of a television. "He didn't tell me what the movie was," says Baldwin, "but when he pushed play, it was Paradise Lost

"I remember Mojo jumped up and punched me in the shoulder and was like, 'JB, you're going home, man!'" says Baldwin. He pauses and chuckles without bitterness. "This was like in the '90s, still."

Baldwin, Echols, and Misskelley spent 15 more years in prison, long enough for Paradise Lost to spawn two sequels. In the nearly three years since their release, two more films have followed: the 2012 doc West of Memphis, and the first semi-fictional account, Devil's Knot, which opens in theaters this week. Directed by two-time Academy Award nominee Atom Egoyan (The Sweet Hereafter) and starring Reese Witherspoon as Pam Hobbs, the mother of the youngest victim, Stevie, Devil's Knot ties together all the threads — the warped trial, the lying informants, the several other suspects — into a tidy yet still infuriating indictment of an Arkansas town overcome by satanic panic.

With so many movies already existing, you might wonder why there's one more. Egoyan even cast actors to play the Paradise Lost crew, who show the Devil's Knot investigator (Colin Firth) the bloody knife belonging to John Mark Byers, whom the original doc argued was a suspect along with fellow father Terry Hobbs. That's the truth — and to Egoyan, part of the problem.

"If it wasn't for these documentaries, we wouldn't be talking about the West Memphis. I'm in awe of what they did," says Egoyan. "But if you look at those documentaries, they're pointing to another possible witch hunt." He wanted his movie to question everyone yet stay neutral. "The fictional film allows there to be ambiguity.

"Lots of people have never heard of the case," he notes. "It's not known in Europe at all. For them, it's a complete revelation." As improbable as it sounds to a generation of misfits who rallied behind these Metallica-loving teenagers railroaded for not fitting in, there's a huge swath of people who will buy a ticket to the Devil's Knot simply because they're curious to see Reese Witherspoon's latest — and will leave the theater rocked.

Witherspoon, an actress of underestimated grit who grew up just three hours from West Memphis, is a smart fit for Hobbs, who wrestled through her own grief to become one of the West Memphis Three's loudest advocates. "Reese really wanted it to be clearly situated as a Southern story that doesn't use any clichés about the South," says Egoyan, "and that the people — given how heightened it is — really feel like a community."

After watching Egoyan's past films, Baldwin and his longtime girlfriend, Holly Ballard, agreed to executive produce. So did Misskelley. Echols, who had been teaching meditation in Salem, Massachusetts, until he moved to New York City this year, was upset that the original script included his youthful boasts about drinking blood and publicly renounced his friendship with Baldwin for helping with the project. They haven't spoken in two years. On Twitter, Echols groaned that the actor cast to play him looked like "some young male model."

"There is this incredible, alluring charisma to Damien Echols and we needed to capture that," says Egoyan. He toned down Echols' backstory, but believed it was important to show — without passing judgment — how the temperamental teenager inadvertently fueled the prosecution.

"If you're an outsider in that kind of town and suddenly you have a pulpit where you can parade your outsiderness, you think you can do it with a degree of impunity because you didn't do the crime, you're innocent, so how can you ever be convicted?" Egoyan says. "No one really coached them as to how deeply they were implicating themselves. Imagine if suddenly you were put on trial for something you didn't do. Would you decide to conform? I wouldn't."

Every day on the set of Devil's Knot, Baldwin revisited his truncated youth. "I grew up in prison," says Baldwin, now 37 and living in Seattle, where he hopes to become a lawyer. "Here I am as an old man — I'm almost 40 — and it's very surreal seeing this kid playing you as a kid and to think that the system is going to do such horrible things to him." The young actor, Seth Meriwether, hadn't even been born when Baldwin was sent to prison. "There was a scene where he had to be shackled up and be put in a bulletproof vest and be marched in and out of courtrooms while everybody's jeering and so full of hate and rage, and he told me, 'Jason, I know I'm an actor, I know that these guys are actors, but that was scary for me and I can't image what it was like for you,'" says Baldwin. "All I could do is just give the kid a hug."

Despite everything he's survived, Baldwin radiates the surprisingly peaceful energy of a man happy to give as many hugs as it takes. "There's something saintly about him," says Egoyan. "He's in touch with a greater wisdom than any of us have." The two men share a bond that goes beyond the movie: In November, while both spoke at a legal justice event, Baldwin stunned Egoyan and the audience by proposing to Ballard, his now-wife.

Jokes Egoyan, "I actually shot it on my cellphone, which contributes to the media madness of it all."