The Big Wedding is Vile, Racist, and Embarrassing 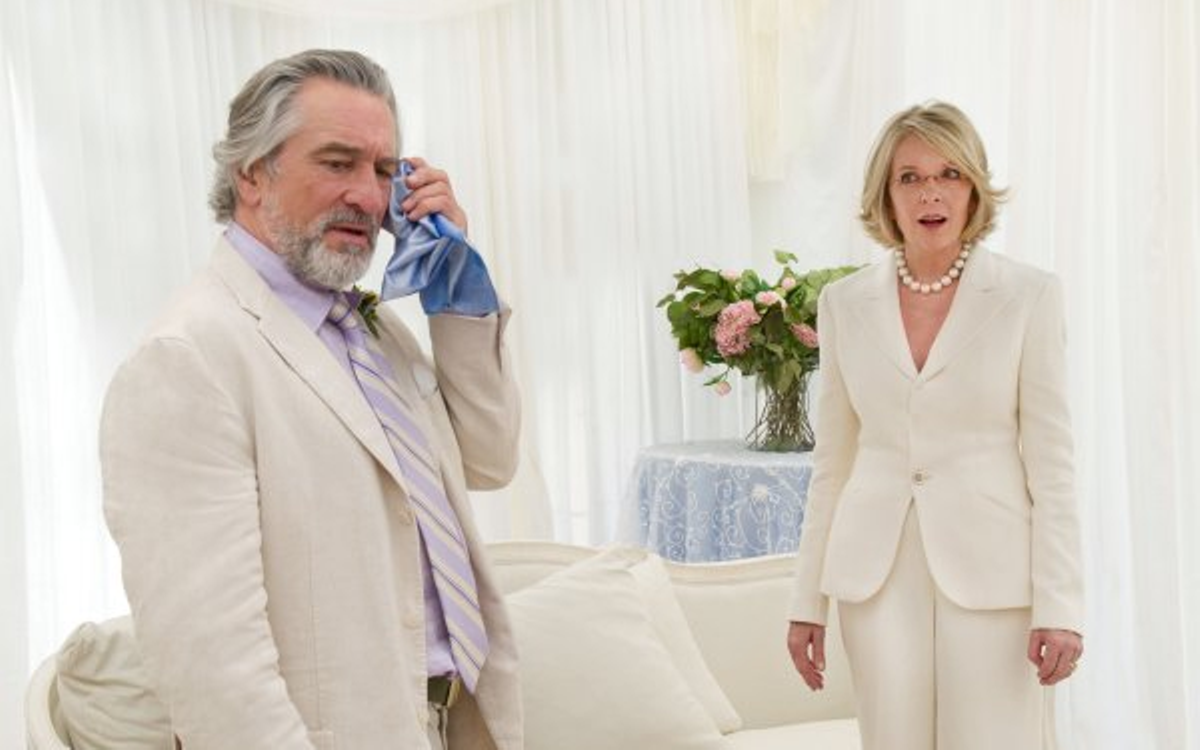 When Michael Haneke’s sobering end-of-life drama Amour premiered at Cannes last May, many critics reflected on the presence of a shared cultural legacy. Its stars, Emmanuelle Riva and Jean-Louis Trintignant, evoked the iconography of the New Wave, the once-young faces of Hiroshima mon amour and My Night at Maud’s now withered in old age. To watch them slip agonizingly into death was, in a sense, by extension, somewhat like watching the movies of our past fade away.

Justin Zackham’s vile The Big Wedding also opens with a foray back through silver-screen history, though in this case the legacy is embarrassed. When Ellie (Diane Keaton) walks in on her ex-husband, Don (Robert De Niro), as he moves to perform kitchen-counter cunnilingus on his new girlfriend, Bebe (Susan Sarandon), it’s possible, as in Amour, to see aging legends of the cinema imagined suddenly together, as if Annie Hall and Travis Bickle and Louise Sawyer one day found themselves playing out some producer’s laziest scene ideas. There is, in other words, a lot of history in The Big Wedding—a history the film not so much squanders as utterly defaces, recalling greatness before swiftly denigrating it.

It’s a sad thing to see a great actor descend, after decades of valued work, into self-parody—feebly mimicking the trademark tics and mannerisms of former glory. It’s an even sadder thing to see three actors plummet to new career lows over the course of a single film. De Niro, of course, has been in steady decline since Analyze This took him on a 13-year detour through lowbrow comedy, but it was at last beginning to seem, with his recent Academy Award nomination for Silver Linings Playbook, that things might be turning around. The Big Wedding was shelved for years before finally seeing the light of day, so it’s of the bad years. De Niro plays a tired schtick for broad laughs, futzing around his oversized lakeside home in exaggeratedly dowdy Lebowskian robes, sneaking in snifters of whiskey when his family isn’t looking. Nothing more than a catalog of crass clichés acted out as affectations, it’s the worst kind of sad clown routine: mopey and vulgar, Don is reprehensible even when inevitably redeemed.

And, yes, everybody finds nominal redemption in The Big Wedding, which plots out narrative connections like a second-rate Alejandro Gonzalez Iñárritu, whose conspicuously layered narratives (Babel, 21 Grams, Amores Perros) seem subtle by comparison. The wedding here is an excuse to draw together a dozen-plus cardboard characters whose prefab arcs end as obviously as they begin. The moment we’re introduced to handsome but virginal doctor Jared (Topher Grace), we can be assured that we’ll see him pop his proverbial cherry by film’s end. Same goes for elder sister Lyla (Katherine Heigl), whose pained journey from barren womb to baby bump is too predictable to bother spoiler-warning. But worst of all is the inane sub-sitcom premise and ludicrous circumstances that require Don and Ellie to carry on a farce of a fake marriage over the course of the wedding.

It’s hard to sell a plot this patently absurd, so naturally the filmmakers fall back on a reliable excuse: Casual racism of the most flagrant and galling variety. The son about to be married is Alejandro (Ben Barnes), adopted as a child from Colombia. His biological mother, the devoutly religious Madonna (Patricia Rae), will be visiting for the ceremony, and since she is under the impression that Alejandro’s adoptive parents are still married, the film reasons that they must continue the illusion lest Madonna lose faith in the future of her son. Madonna is joined by Nuria (Ana Ayora), Alejandro’s biological sister, and together the two represent some of the most repugnant foreign stereotyping in years. The film divides these women—the only non-white characters in its ensemble—into a literal mother/whore dichotomy. Nuria is relegated to the demeaning role of grossly oversexualized fetish object, an exotic Other only present to strip nude and seduce one of the white male leads; after she’s introduced skinny-dipping in public, she gives her new host a hand job under a restaurant table.

Madonna, meanwhile, looms over the action with the watchful eye of the delicate, old-world soul, thoroughly desexualized and emptied of insight or agency, made a constant punchline for her foreign values and inability to speak a word of English. The Big Wedding presents itself as a raunchy bit of family fun, a rom-com with heart—but the warm and fuzzy feelings only apply if you’re white and middle-class (and straight: a late-film gag makes a twist out of revealing its least likeable character as secretly queer). Many Hollywood films are founded on privilege, but few are as open and nasty about their racism, misogyny, and homophobia. It’s a feel-good movie for people who only comfortable around people who look and act just like them.