Send a News Tip
This weekend's cheap cost-effective distractions include free wine tasting, improv comedy, rap music from the Holy Land and an LGBTQ film festival, all for $10 or less.

Cloud Nine at Webster University (Friday)
Fans of provocative and innovative theater will find much to their liking in Caryl Churchill's Cloud Nine. It's powerful stuff, presented by the young actors of Webster University's Conservatory of Theater in Webster Hall's Stage III (470 East Lockwood Avenue). Show times are 7:30 Friday and Saturday and 2 p.m. Sunday (March 24 to April 4), and tickets are $6 to $12. Click here to read Paul Friswold's preview.

Image via MySpace
JC Brooks and the Diplomats of Solid Sound at the Gramophone (Friday)
The Gramophone (4243 Manchester Avenue) is celebrating its two-year anniversary with a show by JC Brooks and The Uptown Sound and The Diplomats of Solid Sound. Doors open at 8 p.m. and the show starts at 10 p.m. The cover is $8. Lifted by the scratchy wail and fragile falsetto of singer and songwriter JC Brooks, the Chicago band can tear down the garage on a song such as "Baltimore Is the New Brooklyn" and shatter jaws with a cover of Wilco's "I Am Trying to Break Your Heart." Read the rest of Roy Kasten's preview here.

Hair Wars 2010 at Europe Night Club (Friday)
Local beauty salon Abigail's on De Mun's is holding Hair Wars 2010, a battle between several local salons held, at Europe Night Club (710 North 15th Street). Stylists will be competing against one another to create head-to-toe styles befitting three different decades: the '70s, the '80s and the '90s. And they will have only about twenty minutes to fashion each look! Judging is based on a variety of factors, including the models' interaction with the crowd, so be supportive and head down to the club at 8 p.m. The cover charge is $10 at the door, or visit Abigail's on De Mun (923 De Mun Avenue, Clayton) for $7 advance tickets. Click here to read Ms. Day's preview.

Saint Louis Cellars Spring Fling Wine event (Saturday)
Head over to Saint Louis Cellars (2640 South Big Bend Blvd, Maplewood, MO) for a free day of wine tasting, music and the Easter bunny. The event kicks off at 11 a.m. and will feature more than 40 wines for sampling. Also, wine distributors will be on hand to answer your questions. Click here for the event's Facebook page. 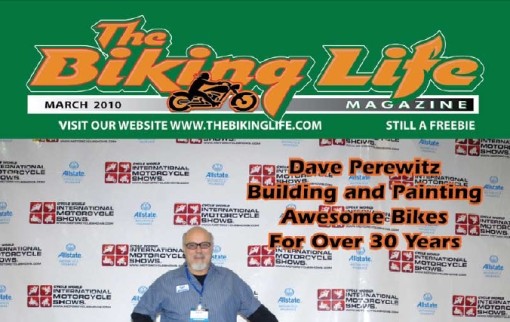 Image via The Biking Life
The Biking Life Magazine presents: Infliction Addiction at Koken Art Factory (Saturday)
Motorcycles and tattoos share a mystic bond perhaps only trumped by the combination of Peanut butter and jelly, or Oreo cookies and milk. This Saturday, Koken Art Factory (2500 Ohio Avenue) will bring together bikes and tattoos for Infliction Addiction. This motorcycle and art event will feature Trader Bobs Tattoo Shop, Allstar Tattoo Shop, Tattoos by Alex, Indigo, E+M Cycles and Luvy Duvy's Cafe. Admission is $5, and the event will run from 6 p.m. to midnight. Click here for the event's Facebook page.

Clinic Improv: Epic Pile of Show #2 at the Tower Grove Abbey (Saturday)
Improvisation is the name of the game at this comedy show. The performers, Lindsey Barrow, Randall Cleveland and Ric Syberg, respond to ideas provided by the audience to make you laugh. Clinic Improv, in association with Stray Dog Theatre, presents its second show of the year, Epic Pile of Show #2, at 9 p.m. at Tower Grove Abbey (2336 Tennessee Avenue). Admission is $5, and the show is for "mature" audiences, meaning eighteen and older only, not "staid and boring adult." Paul Friswold has the details here.