The St. Louis-based artist released a new album and has more projects in the pipeline 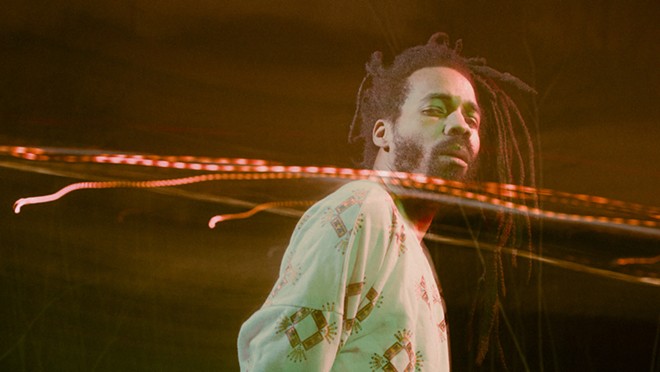 Everything clicked for 18andCounting last summer.

The St. Louis trailblazer of experimental hip-hop and art, also known as Stan Chisholm, had made it through a few years of full-time teaching experience and was grooving there. He had finally figured out how to balance his disparate artistic interests, which span many things music to many things visual art, and had gotten comfortable switching gears between all of those things. It might have been his best summer yet.

"All systems are firing right now, from the state of my studio, the quality of the paintings I'm creating, the variety of collaborations I get to have, my connection to the neighborhood, teaching," he says. "It's just, like, everything is happening."

Last month, as 18andCounting, Chisholm released SOME SORT OF FUTURE, a seven-track album that he performed, produced, recorded, mixed and engineered himself. He is also at work on an instrumental companion album to be titled SAME SORT OF FUTURE that will be released this fall and a yet-to-be-named album by his band, TheOnlyEnsemble, that should launch this winter.

But that's not all: He's at work on a mural at the Boulevard Hair Co. in Webster Groves (his second for the company), is getting ready for Paint Louis in September and has hopes for a few more public art projects down the line. He's also at work on a coloring book, inspired by his students.

That's not to mention all the gigs in the works for 18andCounting and TheOnlyEnsemble.

"I think it may be just a flat-out maturity thing," he says. "It could be a fear of death; I don't know. Whatever it is that's going on, I'm like, 'Let's just put everything together.'"

As a musician, Chisholm is a thing unto himself — whether through vinyl or a modular set, solo or with TheOnlyEnsemble.

He moves easily from one medium to another, creating a unique sound while delivering some substantial lyrics. A series of beats, acoustics and frequencies, the music feels like high vibrations that keep the listener present in the moment as each sound becomes more unpredictable yet rhythmic. 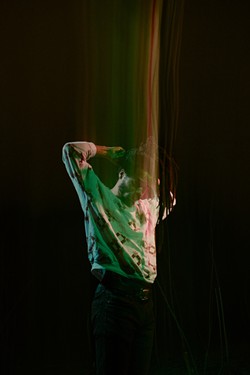 Chris Bauer
The album cover for SOME SORT OF FUTURE came from a photoshoot with Chris Bowers.

Chisholm, a St. Louis native, came into his music organically. His artistic journey began in first grade, when he took a liking to visual art. He became a student and a featured artist at the Contemporary Art Museum during his senior year in high school, which he counts as the start of his 18-year career. The museum selected his drawing, a "cartoonish, character kind of thing," to be a donor gift for Emily Pulitzer.

"Getting compliments from strangers and seeing how that whole thing works, that was the big deal for me. It was definitely a big moment for me," Chisholm says, explaining that he later went on to attend and complete four years at the School of the Art Institute of Chicago.

Though his first love might be visual art, throughout his life Chisholm has leveraged music to build connections, find opportunities and get ahead. Upon returning home from Chicago, he realized he needed a fresh way to network and decided to become a DJ, which he describes as a chess move to infiltrate spaces he aspired to be in as a visual artist and vibe curator.

"When I moved back to St. Louis from Chicago, I realized I didn't have my DJ friends around and the events and things I listened to weren't around," Chisholm says. "So I started DJing really as a way to kind of just be in the way. Like I knew if I threw this event, I could invite whoever I wanted to be there, and I get to design the flier, and I get to hang things from the ceiling if I wanted to."

His first billed show happened thanks to Josh Loyal of 2720 Cherokee (now the Golden Record) in 2010. What Chisholm thought would be short sets in between local acts became a full-hour midnight set that then immediately turned into a weekly spot. That was the turning point for his career as 18andCounting and became the basis for his platform and a hub to network from and within as he expanded as both a DJ and visual artist.

"2720 in particular is really important to my career, not only for opening for and connecting with enormous national artists that I'm inspired by, but that's also [how] TheOnlyEnsemble came to be," he says.

In 2015, Bill Streeter invited 18and​Counting to perform at Lo-Fi Cherokee, a local showcase for musicians and artists of eclectic sounds, and a musician he'd met there, Brennan England, was the first person he contacted to join him in a performance. Eventually, TheOnlyEnsemble was formed, which consists of Cannon DeWeese, who plays drums and some electronic percussion; Juan Luchini, who plays keys; and England, who plays his rendition of a didgeridoo, which he calls a slide didge (a hybrid with a trombone), with origins that date back to early tribal Australia.

As a group, they've performed on the historical Becky Thatcher riverboat as well as at City Museum, and Chisholm regularly DJs at spots such as the Royale and the B-Side.

As the vocalist in the group and a solo performer, Chisholm has become known for using two microphones, using different effects on each and improvising sound during his synth sets. He's also assembled his own modular synthesizer, which helps him create his unique experimental electronic sounds.

"I can't quite claim [that] I built my own," Chisholm says, explaining how he'll reconfigure the components to take the instrument to shows. "It's nice to have instruments that are customizable because I can sort of fit them to the work."

Chisholm's latest work, his album, didn't begin with a specific sound but rather an idea for a title. The phrase "some sort of future" came to him in February, but he wasn't sure what to do with it. Then he did a photoshoot with Chris Bauer, which produced experimental, dreamy shots full of soft colors and strong linear light paths. Looking at the results, Chisholm realized that he not only had a title but also a cover.

As he dug into the work, Chisholm realized that he either had the makings for a really long work or two separate albums. Thinking about the average person's attention span, he decided to make both SOME SORT OF FUTURE and SAME SORT OF FUTURE.

Most of the work was done over the three-week summer break from Kairos Academies, a year-round school where Chisholm teaches middle school visual art. Fitting everything in during that time was an invigorating challenge that made for some long nights.

Having done all this in such a short period of time seems so far away from where Chisholm was 19 years ago — just having walked into the Contemporary for his first real brush with the arts.

"As a child, you don't choose your life path, you just kind of go with what it is," he says. "But I always enjoyed it because it gave me a really wide perspective." n

Check out SOME SORT OF FUTURE on Bandcamp and most streaming platforms; it will be available on vinyl eventually as well. 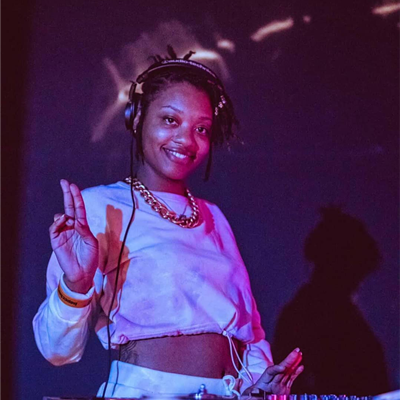