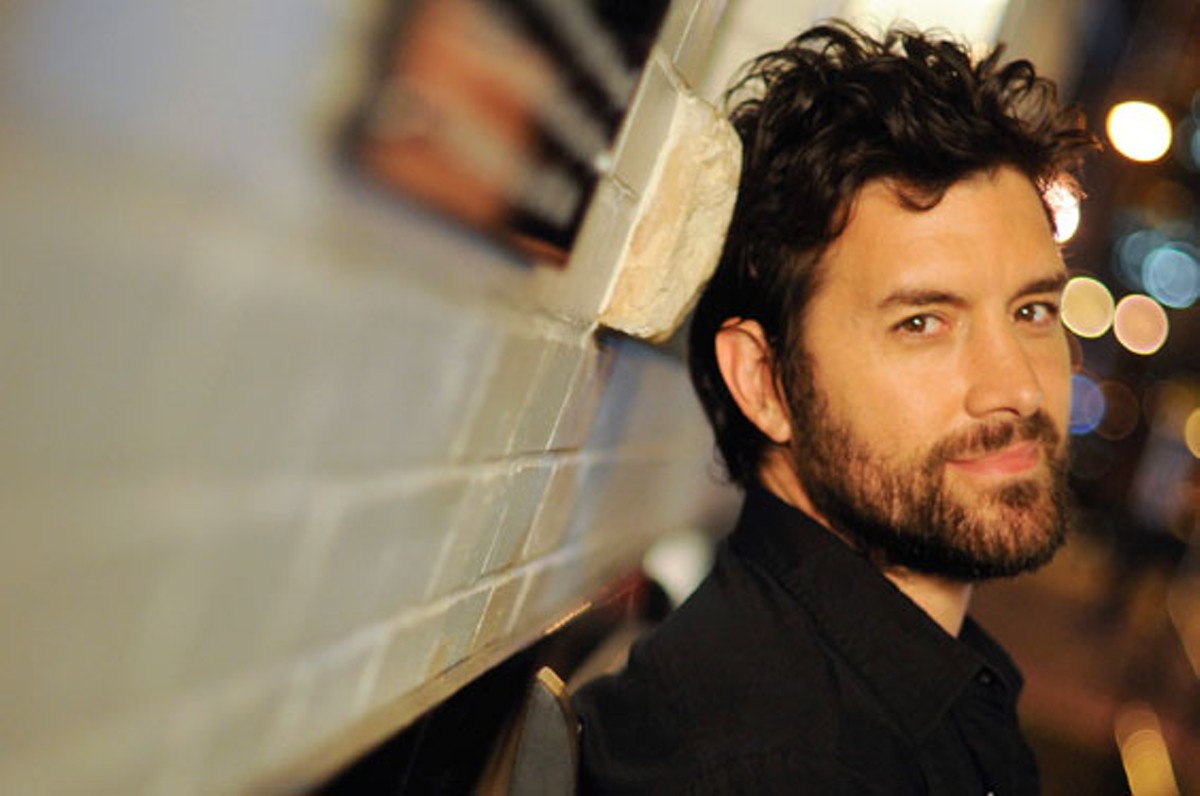 Bob Schneider is out with a brand-new CD and bringing his funk, soul, rock and lounge act back to Off Broadway on July 18. Now ordinarily a visit from "The Schneid" means that Riverfront Times editor-in-chief Tom Finkel will put on his music-critic cap to write about his second-favorite artist of all time. (Hey, there is that other Bob.) But Finkel has been a bit busy of late. If you haven't heard, he's leaving the RFT at the end of summer to take the reins at the Village Voice in New York. [Sniff, sniff.]

So, in his place we reached out to his alter ego. The Twitter account @RealTFink that's been aping the real T. Finkel (@t_fin) since sometime this spring. And as anyone who follows @RealTFink knows, the dude is a huge fan of lists. So, here it goes. Twenty reasons why Bob Schneider rules, courtesy of @RealTFink:

1. @chadgarrison, tell the troops I'll be late Friday but early Monday. Bob Schneider's at Off Broadway Thursday, and I'll have slideshows to marshal.

2. Just off the top of my head, People of Schneiderworld, Bros of Schneider and Empty Stags of Off Broadway.

3. Prepping for a Bob Schneider show is like prepping to meet @debrabass from @stltoday. Don't overthink it, the beauty is already waiting for you. Just show up.

5. FACT CHECK: "Boom Boom Baby" appears on all of those lists. Man's a pussy poetaster.

6. The Schneider's live philosophy was once summarized as "we're all on the bus together" by yours truly. Only one man drives that bus, and it's the Big Broheim.

7. That bus ride is a long haul. Bob's got two-plus hours of tunes to make love to, and I'm the man with the lube and towels.

8. NB: If you're the asshole yelling for "40 Dogs" during "Penelope Cruz," I won't shank you. That's what the @RFTStreet team is for. #faym

9. Granted, "40 Dogs" is my entrance music every morning. Galvanizes the crowd like a nude @WeeFink thrown into an adult swim.

10. Alarm bells ringing in my head. Does NYC even know Schneider, or is it all dubstep? Island-dwelling hayseeds.

11. No, never doubt. Like that first Jew with the bagel, I'll wow NYC with my exotic flavors and cash in like FroYo on a Saturday in July Saturday. #FlavorsTooStrong

12. New album is called "Burden of Proof." Obviously a challenge to the audience, Bob has nothing left to prove.

14. @WeeFink was conceived to a Schneider album. One of the live CD-Rs from a raucous Blueberry Hill night not too long ago.

15. Bob's a troubadour in the true sense, wandering this great land and leaving musical children in his wake. Like Perry Como, or Kool Moe Dee. #pimpsupbrodown

16. Bob coined the term "swagger" without ever saying it. It's there in the filthy groove of "Runnin' From the Rain."

17. "Changing Your Mind" is the last love song you'll ever need. It's got rain, lonely nights, bad tattoos, regret out the pores, commiserating with a beer. It's the journalist theme song. #journalism

18. "Blue Skies for Everyone" is "Changing"'s antipode. Good times in the face of pain, joy out of sorrow. It's journalism's "Jupiter Bringer of Jollity."