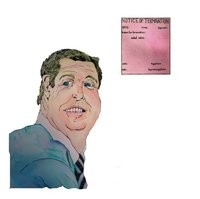 As you may have noticed, we were excited to be St. Louis music fans this year. And there is no more substantial document of the sound of this city in 2011 than the music released by its bands and artists. It is not an exaggeration to guess that the releases in the metro area number in the thousands, and while we did not hear every one, we heard a hell of a lot of them. So in an effort to jog the memory of existing fans and introduce some excellent music to others, we will be telling you about our favorite 40 St. Louis records of 2011 in no particular order.

The Breaks | Odd Man Out

It's been a whirlwind year for the Breaks. The group hit highs with a great CD release show in January, opening slots for The Ettes and JC Brooks & The Uptown Sound and a nomination for Best New Band in this year's RFT Music Awards. Then vocalist Collin Christopher and the group parted ways before their Undercover Weekend set, and the group's lineup faces further potential upheaval due to some members' inability to stay in St. Louis. Whatever happens though, the group will at least have left us a kick-ass EP in Odd Man Out. Taking their cues from such early-aughts luminaries as The Strokes and Franz Ferdinand, The Breaks don't break new ground in the five songs here, but with the catchy songwriting and dynamic performances on display here they don't need to. Christopher echoes the best parts of Julian Casablancas without outright aping him and guitarist Sean Gartner peels off fantastic Van-Halen style leads. With Odd Man Out, The Breaks prove that wearing your influences on your sleeve is fine as long as you have the songs and charisma to back it up.

Key Track: "Spaghetti." As well as The Breaks do anthemic garage rock, the best song here is the slight departure of "Spaghetti." Likely named after the type of western film its atmosphere conjures, a rolling country drumbeat propels the EP's best melody before a bridge led by another skillful Gartner solo cracks the song wide open.

Place You're Most Likely to see them play: With their lineup still uncertain, it's going to be a while before we see them anywhere. --Bob McMahon

Ryan Spearman | Get Along Home

Ryan Spearman, an open-mic night host, guitar instructor and fine folk singer, isn't kidding around when he talks about "going green." His latest album, Get Along Home, was recorded using instruments made from repurposed or recycled items -- cigar boxes, wine bottles and pizza boxes are all manipulated and employed throughout the album. Spearman, alongside his wife and collaborator, Kelly Wells (who is the executive director of the Folk School of St. Louis), founded the Green Strum Project to "explore connections between art and sustainability in St. Louis." It's a project that's easy to love even before you hear a note. As it turns out, the album of suitably hand-hewn folk tunes stands on its own, even without the ideological trappings.

The breezy, sunny strums of Spearman's tunes mix well with his slight drawl and honeyed delivery. The whistling blues of album opener "Mutton Chops" tells the tale of a two-bit scammer in a familiar story-song style that shows Spearman an apt pupil of his forebears, but nothing on Get Along Home comes off as purposefully old-timey or affected. In fact, his best songs show a topical bend to his songwriting, as on the artfully plucked "Promised Land." In the song, Spearman takes aim at American values with neither vitriol nor paranoia but with a weathered, wearying sigh. A similar vein runs through "Land of the Free," though the slow fade of "Hometown" is a better display of what becomes of busted dreams. Amid these moments of heaviness and hard questions come plenty of front-porch picking and light, jazzy strums. Baseball fans will take special joy in "Willie McGee," wherein the great Cardinals outfielder is cast as a folktale hero who strides tall alongside giants like Bruce Sutter and Ozzie Smith. St. Louis always loves the hard-hustling underdog, and Spearman fits that mold with such an ambitious and thoughtful project.  --Christian Schaeffer Homespun: July 14, 2011