All Grown Up: Mobb Deep's Prodigy reflects on the group's years in the rap game 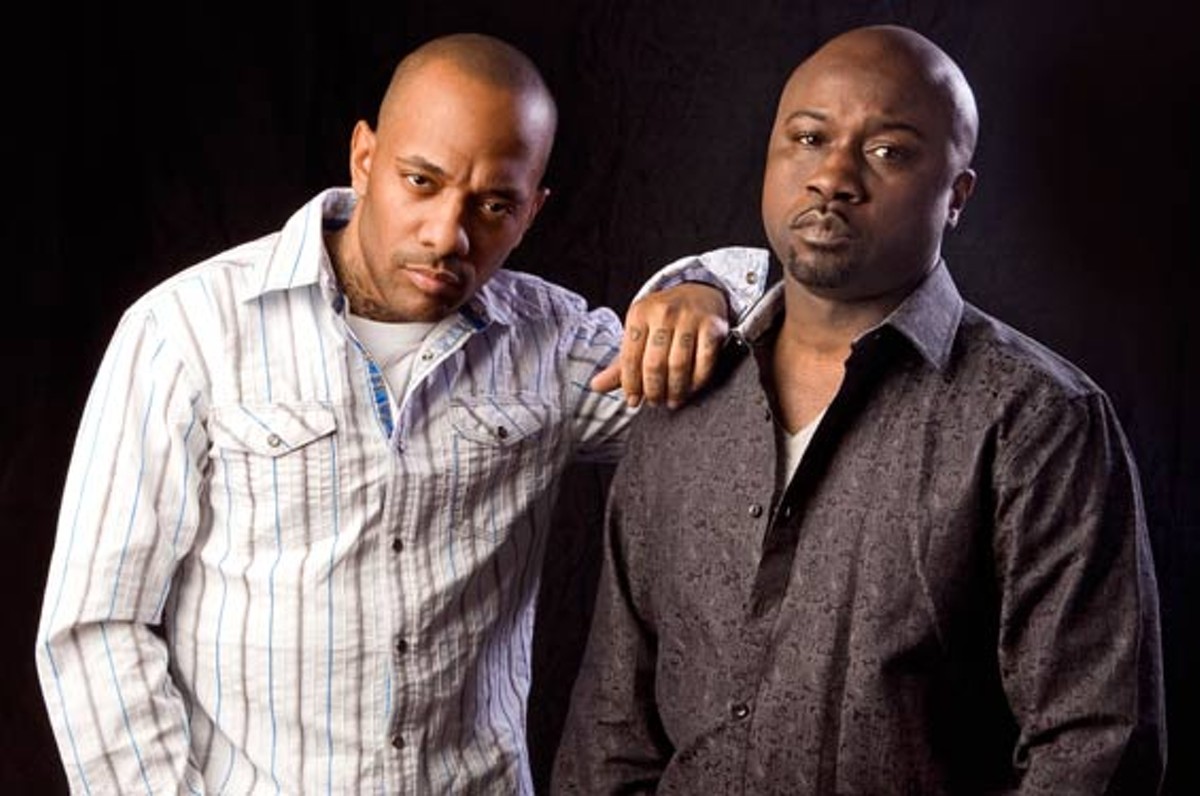 Mobb Deep's Prodigy and Havoc, twenty years after the release of Juvenile Hell.

All Grown Up: Mobb Deep's Prodigy reflects on the group's years in the rap game

When talking about the most influential hip-hop duos of all time, Mobb Deep is always somewhere near the top of the list. The Queens, New York-bred duo came on the scene in 1993 with the debut album Juvenile Hell and later birthed such hits as "Shook Ones Pt. II," "Quiet Storm" and "Survival of the Fittest," all of which found heavy rotation on the radio throughout the '90s. Havoc's calm yet menacing delivery and Prodigy's nightmarishly vivid lyrics have inspired countless imitators since, but after a highly publicized beef between the two just last year, Mobb Deep is in what could best be described as a transitional stage.

In 2007 the duo suffered its biggest setback to date when Prodigy was sentenced to three years in prison for handgun possession. "Our whole career has been no breaks except for when I went to jail," he says of the conviction. "Everything up to that point was nonstop at the studio every day."

Since his release in 2011, Prodigy has started his own label, clothing line, and publishing imprint (all under the name "Infamous"), and released three solo albums, a Mobb Deep EP and two books. He's come a long way from carrying rusty shanks and stomping people out with his Timberlands. While in jail, Prodigy says he finally had an excess of something he'd been short on for a while: time.

"I finally had time to sit and think about my past and my present, and think about where I want to be twenty years from now," he says of the experience. "I started being bothered by shit I used to do, so I wanted to come home and try and fix and salvage whatever I can."

Prodigy says his attitude adjustment has made his music and business ventures much easier for himself and everyone around him. It's likely the same reason he was able to put the Havoc feud behind him so easily. The two have already completed several songs for their eighth full-length album, which they're shopping around to labels after a publishing clause voided their contract with G-Unit in 2010.

"We've made a lot of money and a lot of history together," Prodigy says of their 25-year friendship, which has yielded gold and platinum records and held steady through beefs with such artists as Jay-Z, Keith Murray and 2Pac.

Prodigy and Havoc were introduced to each other in the lunchroom at the High School of Art and Design in Manhattan when they were only fifteen. Run DMC's "Sucker M.C.'s" had dropped just a few years earlier, and after memorizing the lyrics and constantly reciting them for his mother, Prodigy began writing on his own. He was offered a solo deal at Jive Records when one of his verses made it on the Boyz n the Hood soundtrack.

But after discovering a deeper well of creativity in his new relationship with Havoc, Prodigy says he turned down the deal when Jive passed on signing them as a group. Over the next couple months, Prodigy says they recorded 50 songs for a new demo. They changed their name from Poetical Prophets to Mobb Deep in their late teens, and signed to Polygram for Juvenile Hell, which celebrated its twentieth anniversary in April.

That album's lyrics are noticeably more conscious, one might even say toned down, compared to later Mobb Deep in which death threats, substance abuse and realistic portraits of street life in Queens were pervasive. But even as teenagers in the video for "Peer Pressure" they rap like people twice their age, Havoc comically blowing smoke into the camera and Prodigy staring blankly in the background, holding a giant sickle. The album's sales were poor, but Juvenile Hell made a strong impression in the hip-hop community.

"They were dope. I remember Juvenile Hell, the early Mobb Deep," says producer and long-time collaborator Alchemist. "I was actually in the Hooliganz at the time, and it was kind of ill seeing another young group, even though they were much harder."

While recording their second album The Infamous, Prodigy moved from Queens' LeFrak City to join Havoc in the Queensbridge Houses. Havoc began making most of their beats and Prodigy channeled the pain of growing up with an absent father and sickle-cell anemia into his lyrics. After witnessing the success that fellow Queensbridge native Nas had with Illmatic in 1994, Prodigy says they were motivated to increase the quality of their music.

"You could just hear the difference between his lyrics and beats and ours," he says of the revelation. "That's when we started putting our heart and soul into the music and really trying to make something that could last."

The Infamous went gold two months after its release in the summer of '95. Now hailed as a classic, it set Mobb Deep on a path of success for the next decade. With "Shook Ones Pt. II" as the lead single, the album defined East Coast gangsta rap and put the Queensbridge projects on the map as one of the grimiest neighborhoods in the country. "Shook Ones Pt. II" and its accompanying video had already set a slightly terrifying tone for the album prior to its release, but the realism of tracks like "Temperature's Rising" and "Up North Trip" appealed to the same critics and fans who gravitated toward Nas' honesty and authenticity.

Over the next few years, the members of Mobb Deep found themselves in a series of beefs, starting with Snoop after the release of his diss track "New York, New York." Watching Snoop kick over buildings in the video, particularly the CitiBank building in Queens, Prodigy took the song as disrespect, and rounded up Capone-N-Noreaga and Tragedy Khadafi for a response on "LA, LA."

Prodigy says 2Pac was quick to prove himself as the newest signee to Death Row Records when he responded to "LA, LA" with "Hit 'Em Up" — which prompted the Mobb Deep track "Drop a Gem on 'Em." The song had just been added to rotation at New York's WQHT (97.1 FM) when Prodigy and Havoc heard the news that 2Pac had been murdered. Out of respect to his family, they called the station and immediately had the track pulled.

"Shit was getting nasty at that time," Prodigy says remorsefully. "It's just sad how it turned out. We was all young and wild."

After twenty years of putting out "reality rap," not much has changed as far as Mobb Deep's creative process is concerned. "We're constantly working," Prodigy says of the group's longevity. At the moment, Prodigy is trying to keep up with the times by establishing Mobb Deep as a brand through his record label and clothing, jewelry and publishing ventures. It's all part of Mobb Deep coming into the 21st century.

"It's become a game of survival to see who can do the most," Prodigy says reflectively. "The world we live in today is much bigger than just music."