Send a News Tip
In this week's paper, Christian Schaeffer spotlights a number of this year's top holiday releases. Here are several more festive releases that you might have missed. But are you really missing anything? Read on... 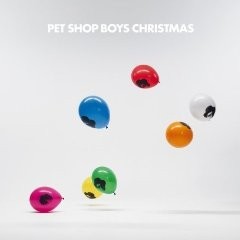 The Pet Shop Boys, Christmas
Unlike your grandmother's fruitcake, which is always an unwelcome gift with no re-gifting potential, a holiday-themed EP from The Pet Shop Boys will fit nicely under any tree! (Bonus points for all of the balloons on the cover, which feature Neil Tennant's head printed on them.) Those hoping for a holiday update along the lines of "It's A (Yuletide) Sin" or "What Have I Done To Deserve This (Alone at Christmas)" will be disappointed. Instead, the EP is a nice grab bag of treats both old and new, including a new version of "It Doesn't Often Snow at Christmas," which was originally sent to Pet Shop Boys fan club members in 1997. You'll want to put this EP on your holiday wish list for your chance to finally score the newly recorded studio version of the medley featuring Coldplay's "Viva La Vida" and the Pet Shop Boys chestnut "Domino Dancing," a highlight of PSB's current tour.

Beatallica, Winter Plunderband
Under the alias of "Winter Plunderband," the group of musicians usually known as Beatallica has come to steal your women and drink all of your holiday eggnog. The clever Milwaukee quartet has in the past brought you unique Beatles/Metallica mashups  such as "Got To Get You Trapped Under Ice," but that was only the beginning. Recognizing that the holiday season is a special time for many, they're now taking aim at controversial Christmas classics such as Paul McCartney's "Wonderful Christmastime."Ever wondered what Hetfield sounds like when he's simply having a wonderful Christmas time?  Wonder no more, and warm your heart with this EP, which also contains two Beatallica holiday originals: "Heretic," and "Hella Day For Holiday." Your mother won't like this one, but you'll have it turned up so loud, you won't hear her cries of protest. 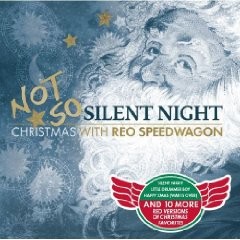 REO Speedwagon, Not So Silent Night
This year, we've given up watching the traditional holiday films, and we're catching up on past seasons of the Showtime series Dexter instead.  After a bit of investigation, we're quite sure REO Speedwagon lead singer Kevin Cronin easily fits serial killer Dexter Morgan's necessary code of execution for a couple of reasons: 1)  For thinking that an REO Speedwagon Christmas album was a good idea, and being enough of a sadist to inflict said holiday album on the entire planet.  2) For letting REO Speedwagon bass player Bruce Hall take yet another needless lead vocal.  The back cover of Not So Silent Night features all of the REO Speedwagon band members standing on train tracks, with Cronin looking particularly smug, as if he knows that there is no train coming behind them. (Not so fast, Cronin....just wait until we Photoshop a train into that picture - we'll see who's smiling then!) Eight tracks into Not So Silent Night, when "Children Go Where I Send Thee" came on, we heard the subsequent pitter-patter of little feet running away from the sounds of this release.

Michael McDonald, This Christmas
St Louis' own McDonald made musical headlines this year via a surprise collaboration with Brooklyn indie rockers Grizzly Bear. In the near future, McDonald will contribute another unlikely lead vocal, this time for electronica duo Holy Ghost!. The band used its Kenny Loggins connections (we're not kidding) to reel McDonald into the recording studio for a track that will appear on its forthcoming debut album, set for release early next year.  In the meantime, McDonald is going back to the well for This Christmas, his third holiday release in less than ten years.  McDonald's newest batch of seasonal cheer collects tracks from the previous two holiday collections, along with a handful of new additions. So if you've already got those, you might want to hit up iTunes or similar to download the tracks that you're missing.  McDonald made an appearance on The Tonight Show recently to promote the album....strumming a ukelele?  George Harrison would be proud, but for our money, we'd rather see McD rockin' the keytar!

Various Artists - A Very Special Christmas 7
This is one of those feel good purchases: Proceeds from buying the album go to benefit The Special Olympics.  Since the 1987 release of the first A Very Special Christmas release, over 100 million dollars has been generated by the sales of these releases.  The first album, featuring classics such as "Christmas in Hollis" by Run DMC and "Christmas (Baby, Please Come Home)" by U2 is probably the best release in the series. Can Carrie Underwood compete with that legacy?  We're not sure.  But if you've ever wanted to hear her croon Hark! The Herald Angels Sing" -- or experience Miley Cyrus singing "Rockin' Around The Christmas Tree" -- this one's for you!