At 50, Jay Farrar of Son Volt Just Wants to Sing the Blues 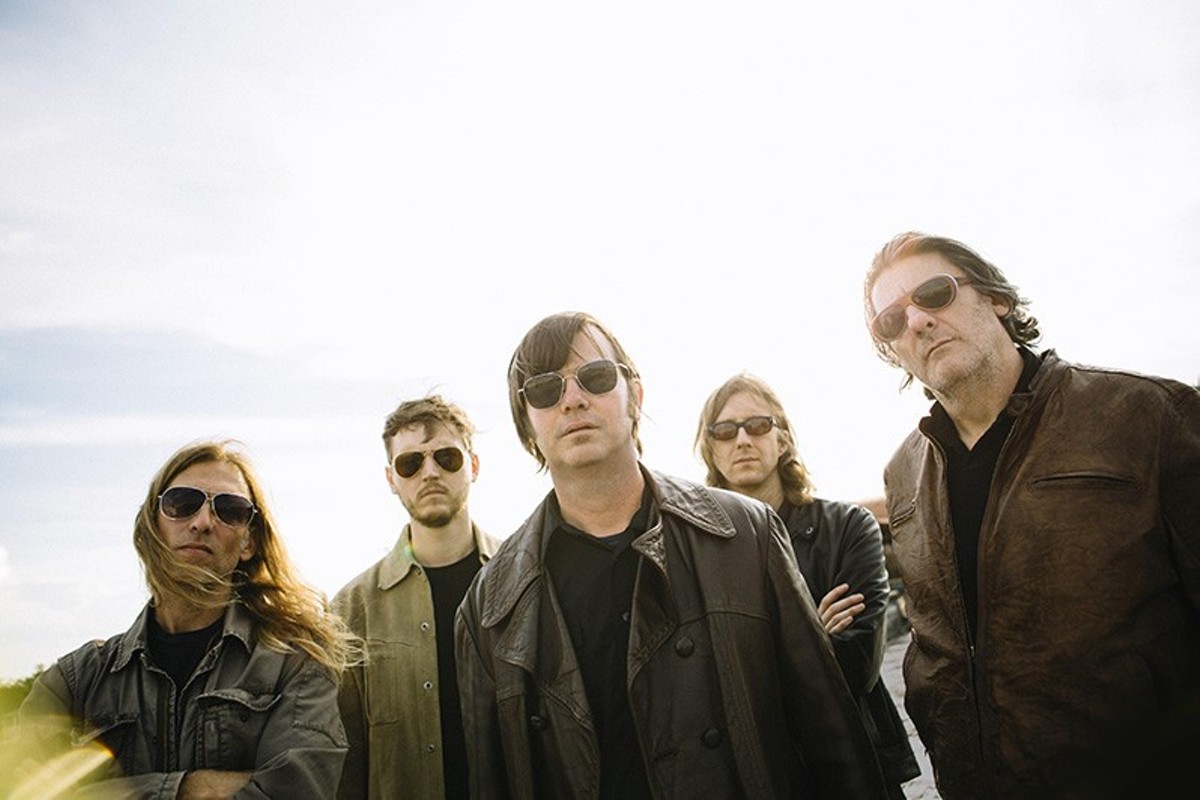 In the early 2000s, I was walking along the railroad tracks just east of South Broadway — way beyond the brewery, well past any sign of life save for a frozen-in-time diner which advertised blue plate specials without the slightest hint of hipster irony.

It was late October — the sky gray, the wind skipping off the Mississippi. I was 2,000 miles from home (I'd left Seattle after landing a job here), feeling lonely and ensuring that I would remain so by walking on those tracks, probably in violation of Burlington Northern trespassing protocol, where nothing and no one could be found.

Except for a giant, jogging bunny.

He was headed straight for me. Eventually, it became apparent that this was someone's costume — specifically, the creepy bunny that keeps cropping up in Jake Gyllenhaal's imagination in the 2001 film Donnie Darko, which had already developed a cult following. Behind the bunny came Snow White and at least one of her seven dwarves. This was some sort of Halloween footrace in a hollowed-out part of town. They'd come to grace the ghosts with whimsy. Collaterally, they cured me of the blues.

St. Louis was rife with a similarly schizophrenic sense of sorrow and silliness in that era, the combination of which was perfectly encapsulated at Benton Park's Venice Cafe. With its zany mosaics and raucous patio, it's never looked like a bastion of the blues. Yet it served as legendary bluesman James Crutchfield's home base for over a decade before he died — something Jay Farrar remembers profoundly.

The Son Volt frontman was in the audience for some of Crutchfield's regular shows. And even when he wasn't scheduled to play, "sometimes it'd be a Bennie Smith jam session and James Crutchfield would just stop by," recalls Farrar.

Now 50 with teenage kids and a tee time on life's back nine, Farrar tries on that persona of a seasoned St. Louis bluesman on Son Volt's latest album, Notes of Blue. In its stringent simplicity, the ten-song LP bravely diverges from the band's prior oeuvre, which was instrumental in pinning down the previously elusive Americana genre, insofar as it can be pinned down.

"This recording was born out of two different groups of songs that I was writing concurrently," Farrar explains. "There was a group influenced by Nick Drake and English folk artists, and another group of songs that were more influenced by blues. Ultimately, they merged. There was a commonality with finger-picking on guitar. I was aiming for where blues and folk and country music converge."

The album's first single, "Back Against the Wall," is a classic Son Volt tune, featuring soaring guitars and a nasally grumble that can only belong to Farrar, a deeply effective vocal sum in spite of its seemingly creaky parts. But by the third track, the searing stomper "Cherokee Street," the blues envelopes the album and never loosens its grip.

"That was the first electric song we recorded; it was kind of a primitive setup," says Farrar, who didn't select the title arbitrarily. "I see Cherokee Street as the heart and soul of St. Louis. It parallels with Brooklyn [New York, not Illinois]. I see a lot of artists and energy in each place. There's a certain focused energy there that I just see."

Located near Cherokee Street is Off Broadway, one of Farrar's favorite local venues. Another is the Pageant, where he and Son Volt will play this Saturday. St. Louisans tend to get starry-eyed when Farrar's former Uncle Tupelo bandmate, Jeff Tweedy, swoops in from Chicago to grace them with his presence, but they should hardly take Farrar for granted. Like Crutchfield or Smith, he's here for the long haul.

"I just think of it as home," he says of St. Louis. "I have friends and relatives here, and I've never wanted to go to a place where everything's crowded or I have to wait in line to get a seat at a restaurant."

Which brings us to Provel cheese and toasted ravioli, two foods which are fraudulent in their very names. Should Provel be considered a cheese, despite the fact that it's a processed Frankenfood consisting of three actual cheeses?

"The short answer is no, but I do love the fact that those two food forms are unique to St. Louis," says Farrar. "My daughter loves toasted ravioli, though, so you gotta have it."