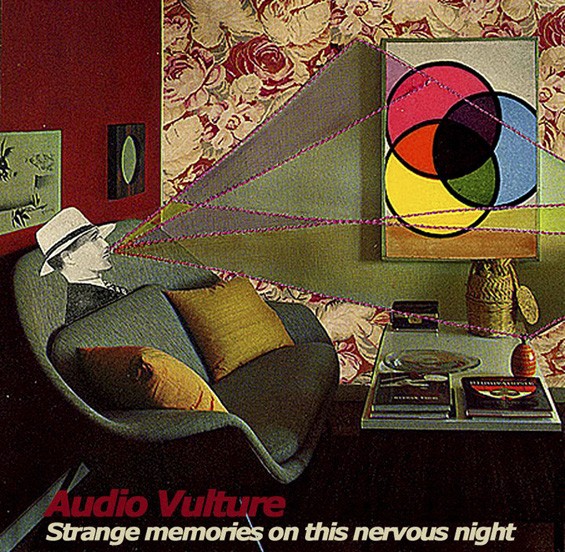 For the past five years, south-side denizen Ben Davis has made music under the name Audio Vulture, dutifully releasing an album every year or so with little fanfare and few, if any, live appearances. His one-man band name may sound like a post-Napster piracy hub or a particularly nasty piece of malware, but it fits his catchall technique of mixing found sound, canned beats, blues-indebted guitar and wry vocals into fairly catchy tunes about self-abuse and self-loathing.

He calls his music "junkie pop," a genre tag about as cute as a scabrous track mark and one that oversells the music's narcotic effect. Davis' sound-collage style and boho-jazz lyrics are closer to MTV-era Eels and Calvin Johnson side projects than, say, Mark Linkous' blackout fantasias with Sparklehorse.

You'd be hard-pressed to call Davis' delivery "singing" -- his low voice hovers over notes and modulates a notch up or down per song. If it were standup comedy we'd call it deadpan, and on a record it can be compelling at first, but a little fatiguing over the sixteen tracks on Strange Memories on This Nervous Night.

At his best, Davis shows a poet's eye for rich detail and a memoirist's gift for interior honesty. And his songs, usually between 1:30 and 2:30 long, are relatively simple but tightly constructed; a few strike the ear more as song-sketches rather than pure verse-chorus-verse pop constructs, though he's clearly comfortable with that format. "An Evening at the Diamond" rides on a simple drum machine track and dirty, twangy guitar licks as Davis spins a travelogue fueled by weed, black coffee and blanket paranoia. Later, over the finger-picked guitar of "A City Shell a Driving Rain," Davis cops to being "an antisocial paranoid." Those bad vibrations seep in deeper and deeper as the tracks progress, even while the songs retain a certain ear-worm appeal.

"Voodoo Black Eyes Alive and All Wet" tips the scales on the electro-folk vibe, using a metronomic beat and crushing bass synth to create a Faint-like darkwave jam. The second half of the album sticks to this pattern -- the beats a little harder, the vibe a little more sinister. As Audio Vulture, Davis creates songs that skirt the edges of these genres while never quite committing. Likewise, his lyrics resemble a stoned epiphany: mind-altering to the one experiencing it, but hard -- if not impossible -- to convey to others.